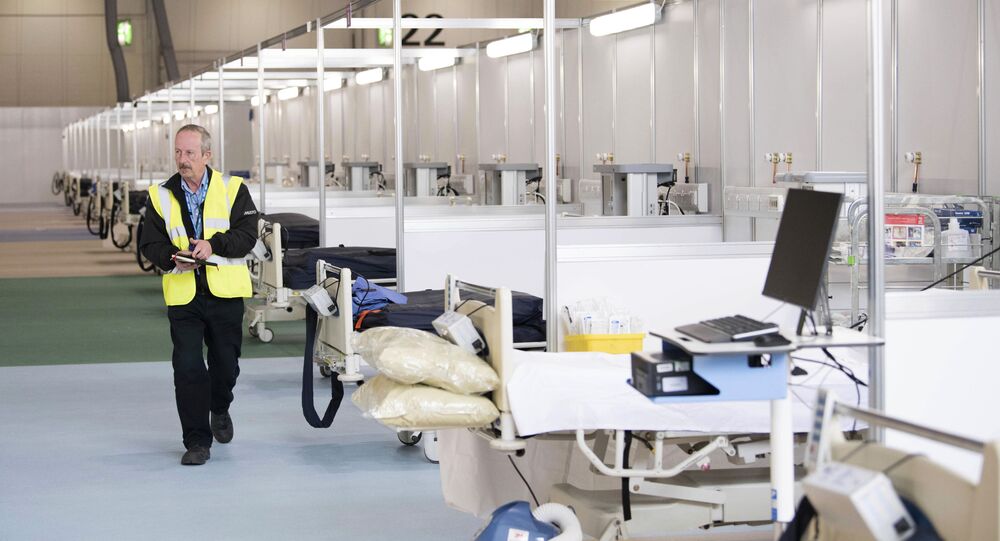 Despite the overwhelming criticism of Britain's electronic coronavirus detection system, with many citing technical glitches and shenanigans with the Bluetooth signal, government figures suggest that on average a little over one infectious person in five fail to be traced.

The body that represents NHS hospital trusts, NHS Providers, contends that the test and trace systems in England isn't ready for the potentially vast demands of the looming cold season, and is calling for testing capacity to be boosted four-fold in the next three months, according to the BBC.

"If NHS Test and Trace is under pressure now, it's likely to face even greater pressures this winter", Chris Hopson, chief executive of NHS Providers, shared, stressing the urgency of a clearly formulated plan for regular testing of health workers, and enough facilities to effectively curb the resurgence of coronavirus rates.

Yesterday, UK Health Secretary Matt Hancock called the government's test and trace app a success, saying over 10 million people had already downloaded it since Thursday, and asserting that the initial flaws had been corrected.

There still appear to be quite a few complications: firstly, as it relies on Bluetooth to determine if someone has been in direct, lengthy contact with an infectious individual, other Bluetooth signals may interfere with the app data's being processed.

Secondly, it has emerged that the app doesn't work on millions of previous-gen smartphones, with healthcare professional and NHS Test and Trace whistleblower Alex Lee telling BBC Panorama that she only spoke to one person with coronavirus during her four months with the system, after it went live.

Another whistleblower, Tobin Stonelake, employed to call the close contacts of confirmed positive cases, told the programme he had made no successful contact tracing calls during the 10 weeks he was working for the service. However, the latest government figures show that just over one in five people who have tested positive for coronavirus aren't being reached by NHS Test and Trace, which has been operating since May.

© AFP 2021 / ANDREW PARSONS
A handout image released by 10 Downing Street, shows Britain's Prime Minister Boris Johnson wearing PPE (personal protective equipment), including eye protection and gloves, during his visit to the UK Biocentre in Milton Keynes, north of London, on June 12, 2020, being used as a Lighthouse Lab facility dedicated to the testing for COVID-19.

A spokesperson for the Department of Health and Social Care referred to it as "one of the largest testing and contact tracing systems in the world" as local health protection teams have in recent months been significantly enhanced amid concerns over drastic growth in corona rates on short timescales.

"We are also providing tests at an unprecedented scale – over 225,000 a day on average over the last week – and expanding capacity further to provide 500,000 tests a day by the end of October", the Department of Health and Social Care reported, telling Panorama that all the technical glitches had been quickly resolved.

With new tougher regulations in place to battle COVID-19, starting from Monday, police will carry out spot checks and act on tip-offs from neighbours and others in the surrounding areas to enforce the updated rules. If the latter are not adhered to fines of up to a staggering £10,000 will be imposed.

As per the new rules, officers will "investigate and prosecute high-profile and egregious cases of non-compliance", as well as respond to instances where "third parties have identified others who have tested positive, but are not self-isolating".

The rules state that if someone receives a positive test result, which will then be passed on to the health authorities after the patient's notification, they are required by law to self-isolate for ten days after they first displayed symptoms, or ten days after the date of the test if they did not have symptoms, whereas other people from the same household are obliged to quarantine themselves for 14 days.

Separately, while places that employ people who cannot work from home resume, venues akin to bars and restaurants are now operating with certain reservations - until a 10 p.m. curfew. The measure comes as the question about a second national lockdown hasn't been taken off the table, with a series of local shutdowns expected to be introduced at least across England’s northeast and Wales.

Privatisation to Blame for Track and Trace Disaster Not the NHS