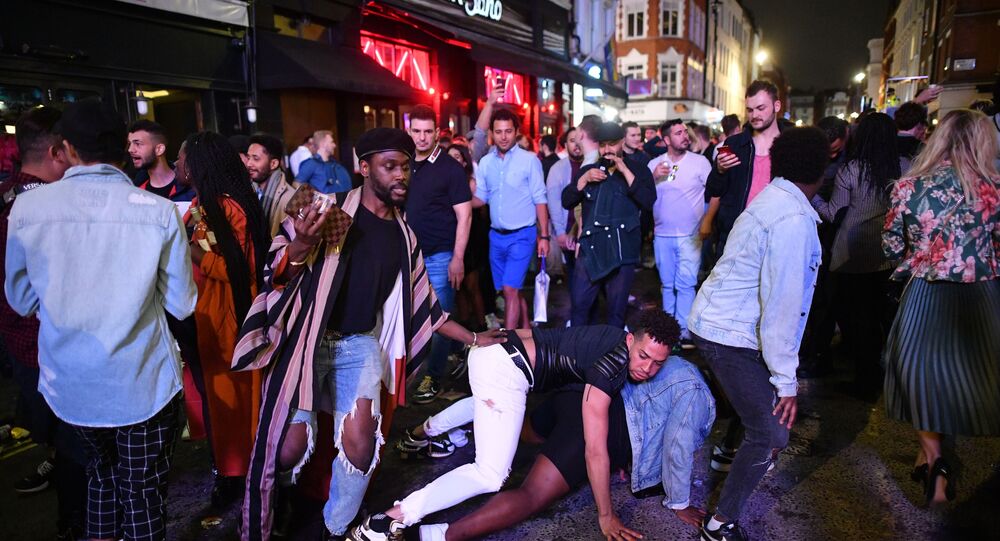 Greater Manchester Police reported that party-goers on Saturday night packed into shops to buy more alcohol after the early closing time, then gathered in the streets to keep drinking or headed to impromptu private parties at home.

Greater Manchester Mayor Andy Burnham has said the 10pm pub curfew does "more harm than good" as revellers keep boozing in the street or at home.

He called for an "urgent review" of the UK-wide early closing time, imposed last Thursday in response to rising numbers of coronavirus cases, after police reports of Saturday night mayhem in the city centre.

"I received reports that supermarkets were absolutely packed out to the rafters and lots of people gathering after 10pm," Burnham told BBC Radio 4's Today Programme on Monday morning.

"There needs to be an urgent review of the emerging evidence from police forces," he said, adding that the curfew should "probably be lifted"

Burnham proposed a 9pm limit on off-licences sales to stop tanked-up Mancs from crowding into shops at closing time to stock up for all-night raving.

"My gut feeling is that this curfew is doing more harm than good," the mayor said. "It is potentially contradictory. It creates an incentive for people to gather in the streets or more probably, to gather in the home. That is the opposite of what our local restrictions here are trying to do."

© REUTERS / PAUL CHILDS
Last Blast: Brits Pub Crawling Ahead of New COVID-19 Curfew - Photos
Burnham, a former Labour MP and shadow cabinet member, insisted he was not trying to "score points" against Prime Minister Boris Johnson's Conservative government, and understood why the measures had been put in place.

"The government has said the 10pm curfew is based on Belgium, but they also have police to disperse people on the streets," he pointed out, arguing that the policy was "creating a major incentive for people to carry on drinking and partying at home. And that is where we are told the virus spreads - gatherings in the home."

Burnham's comments echoed those of Greater Manchester's night-time economy advisor and former rave organiser Sacha Lord, who tweeted on Sunday that "every operator predicted this" and called the policy "shambolic".

© AP Photo / Francisco Seco
Sadiq Khan Demands BoJo Clamp Down on Household Socialising in London Due to Creeping Covid Rates
Also on Sunday, Liverpool Mayor Joe Anderson said the 10pm closing time was even "making things more dangerous" after a Saturday night incident where a crowd of drinkers gathered around a street performer after the early closing time.

"You can't have off-licences and supermarkets open until midnight selling beer, and pubs emptying out at 10pm, when people go to the off-licences, buy beer, drink either out in the street in large groups or go to houses, and drink in large groups. It will just spread the virus," he said.

“As people drink more they tend to socially distance less," she said. "So one approach to keeping people socially distancing is to limit the amount of time that people are in places where they are drinking and then this breaking down of compliance with the rules."

Manchester, the UK's third-largest city, has long been famous for its music and nightclub scene that spawned such acts as The Smiths, Joy Division, The Happy Mondays, The Stone Roses and Oasis.