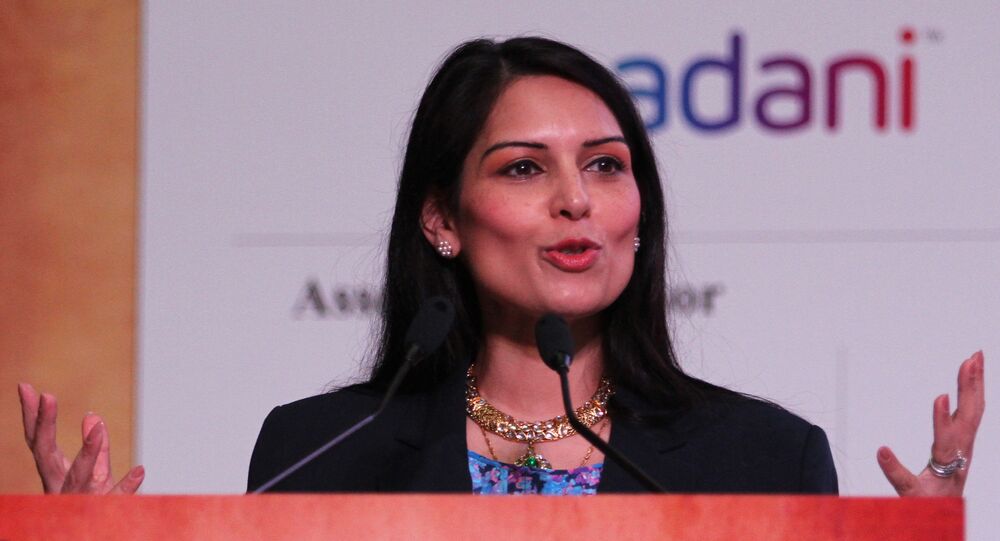 Last year the UK government was set to begin consultations on whether to grant police new powers to arrest and seize the property and vehicles of trespassers who set up unauthorised caravan sites, and define such trespassing as a criminal offence.

UK Home Secretary Priti Patel has been accused of inciting racial hatred after referring to Travellers as “criminal and violent”, with a chorus of voices urging the official to come out with a public apology, reported the Independent.

The term “traveler” refers to anyone who those leading a nomadic way of life, and may apply to Irish or Romany Gypsies.

During a Zoom meeting with Jewish leaders, Patel voiced her determination to eradicate the “criminality that takes place and that has happened through Traveller communities and unauthorised encampments”.

At the end of the online ‘Conversation with the Home Secretary‘ event on Tuesday, hosted by the Board of Deputies of British Jews, chief executive Gillian Merron had questioned Patel on the government’s planned measures to support “marginalised” Roma, Gypsy and Traveller communities. Merron had made reference to a Home Office proposal last year to make “unauthorised encampments” a criminal offence.

“We have seen criminality, violence taking place. We saw one particular Traveller criminal – I can't go into the details of this – but, basically, we saw a police officer that was effectively murdered through a robbery that took place by a Traveller family.”

The Home Secretary also cited the example of a police officer “effectively murdered by a Traveller family”, in perceived reference to the death of PC Andrew Harper.

In August 2019 Harper, 28, died after being dragged by a car for a mile along a country lane in Berkshire, west of London, as he tried to prevent a gang of teenagers from stealing a quad bike.

As for the three teenagers, who were subsequently cleared of murder and convicted of manslaughter, two are said to be from English Romani backgrounds and are not believed to be related.
The Travellers Times reported that none of the three men are Irish Travellers or have connections to “unauthorised sites”.

While the killing was condemned by leading members of the Traveller community, it also sparked concerns that it might be wielded to rekindle deeply-rooted prejudices.

Simon Woolley, a former Downing Street race adviser, slammed the statements by the Home secretary, and was cited by the outlet as claiming the crime rate among Travellers was “lower than the national average”.

“So to demonise a whole community as the home secretary has done is simply wrong, reckless and at worst dangerous, because this type of language easily stirs up racial hatred. This is a community which, along with the Roma community, is perhaps the most abused and demonised in society and which most needs respect and protection under the law. I hope that, on reflection, the home secretary will see that this potentially stirs up racial hatred and will be humble enough to apologise,” said Lord Woolley.

“Abusing Travellers seems to be an in the Conservative Party. Let me make it clear. It isn’t and the home secretary should apologise.”

The two men’s indignation over Patel’s remarks is shared by over 80 leading academics, race equality organisations, and politicians who have put their signatures under a letter, coordinated by The Traveller Movement, urging the Home secretary to retract her “hate speech”.

“We consider your comments during this meeting to constitute hate speech as it brands an entire ethnic group as criminal and violent. … We call for an immediate retraction of these comments, and a public apology made directly to all Traveller, Gypsy and Roma people,” reads the protest letter.

It also suggests the need for the minister to undergo “unconscious bias training”, saying: “Clearly, it is desperately needed.”

MPs and peers in the all-party group for Gypsies, Travellers and Roma and the groups Travellers Against Racism, Irish in Britain and the Gypsy Roma Traveller Social Work Association are among those who signed the letter.

There has not yet been an official comment from the Home Office.

The developments come as Priti Patel is set to unveil new anti-Traveller laws that seek to criminalise unauthorised camps.

In November 2019 the government launched a consultation on proposals to endow police with new powers to arrest and seize property and vehicles of trespassers who set up unauthorised caravan sites, with such trespassing previously defined in law as a civil matter.

The Home Office was seeking consulting on making it a criminal offence.

“Unauthorised encampments can cause misery to those who live nearby, with reports of damage to property, noise, abuse and littering… The public want their communities protected and for the police to crack down on trespassers,” said Home Secretary Priti Patel.

It was announced in June 2019 that the Ministry of Housing Communities and Local Government (MHCLG) would lead development of a cross-government strategy to improve outcomes for travelers amid the crack down on illegal sites.