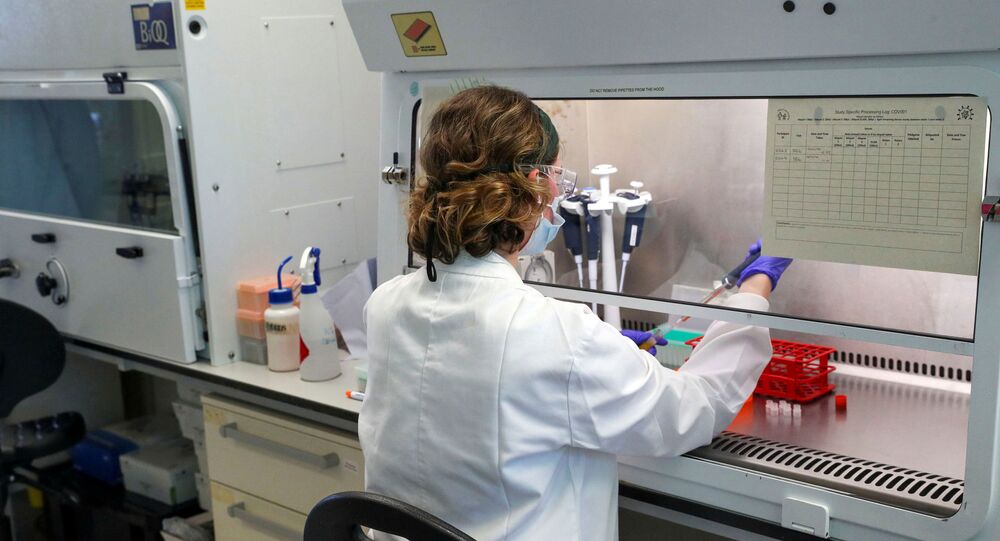 Earlier, joint-vaccine trials between AstraZeneca and Oxford University were halted due to an unexplained neurological illness reported among the participants of the testing, which was linked to the drug. It was amid a third phase of anti-COVID trials that involved around 30,000 people worldwide. In the United States, they are still on pause.

The United Kingdom is set to be the first country in the world to test a vaccine against coronavirus by infecting healthy volunteers with Sars-Cov-2, the Financial Times reported, citing several people involved in the study.

In so-called “COVID-19 human challenge trials”, which will be funded by the UK government, participants will receive the vaccine and then, approximately a month later, a “challenge” dose of Sars-Cov-2 which normally causes the coronavirus-related disease.

The trials, which are more controversial than traditional studies, are set to “play a vital role in narrowing the large field of promising COVID-19 vaccines”, according to the report, by basically directly assessing their effectiveness.

The project will be reportedly carried out in a security quarantine facility run by hVivo, which is located in Whitechapel, London and is expected to launch in January. The conditions of people involved in the study will be monitored, as nearly 2,000 participants have already signed up for the trials in the UK alone through 1Day Sooner, a US-based project.

According to sources familiar with the matter, the necessary announcement it is expected to be made next week.

The UK Medicines and Healthcare Products Regulatory Agency told the FT that such trials “can be helpful for the development of vaccines and can provide early evidence of clinical efficacy, particularly when there are low rates of infection of the virus in the population".

“The safety of trial participants is our top priority and any proposal from a developer to include a human infection challenge as part of a clinical trial for development of a vaccine would be considered on a benefit-risk basis, with risks monitored for, and minimised in, the proposed trial design,” the agency said in a statement.

© REUTERS / AAP Image/Dan Himbrechts
A chemist works at AstraZeneca's headquarters, after Prime Minister Scott Morrison announced Australians will be among the first in the world to receive a coronavirus disease (COVID-19) vaccine, if it proves successful, through an agreement between the government and UK-based drug company AstraZeneca, in Sydney, Australia, August 19, 2020

According to the FT, previous partakers of hVivo’s influenza challenge studies have received a payment of up to £3,750 ($4,764), but reimbursement for COVID-19 research could be much higher due to the longer period of the participants’ isolation – however, the exact sum remains unknown.

In September, a third phase of more conventional anti-coronavirus vaccine trials run by AstraZeneca, a pharmaceutical company, and Oxford University were paused due to a reported side effect in one of the British participants. The phase later resumed in the country, but remained on hold in the United States, as around 30,000 participants were recruited for the trials worldwide, including in Brazil and South Africa. It was later reported that the patient in question was not the only one who suffered an unexplained illness - it was later revealed to be related to an inflammation of the spinal cord. A similar side effect has apparently been experienced already, by another female British participant during the summer, but the matter was not initially reported by AstraZeneca.

It was earlier pointed out by Russian researchers that anti-COVID-19 vaccines developed by some of their international colleagues and made using mRNA and monkey adenoviral vector-based platforms rely on “novel, unproven technologies”. Unlike the human adenoviral vector used in the US' Johnson & Johnson, China's CanSino and Russia's Sputnik V vaccines, the scientists note that AstraZeneca's monkey adenovirus-based vaccine had not been studied over a long period of time.