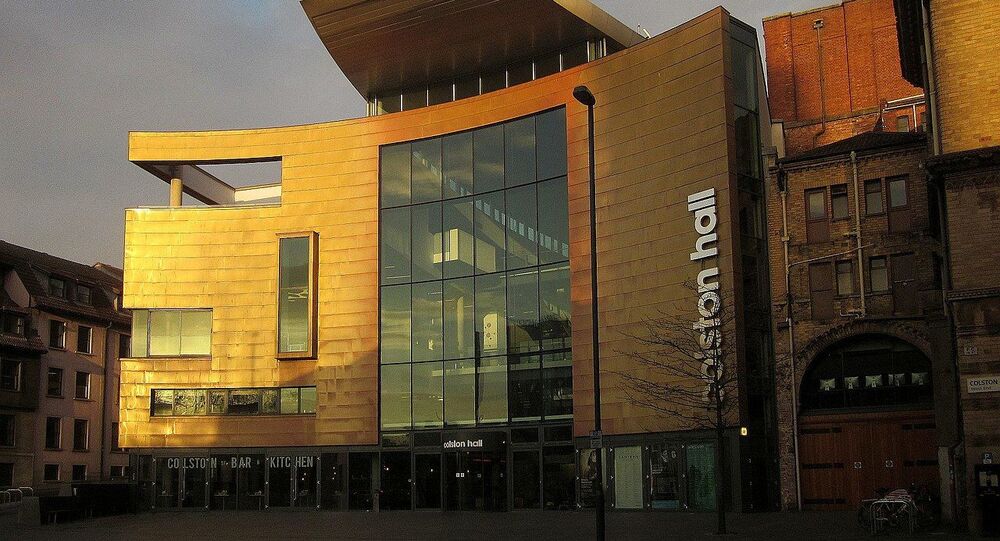 MOSCOW (Sputnik) - The authorities of the UK city of Bristol on Wednesday changed the name of the renowned concert venue of Colston Hall after its namesake, the 17th-century merchant, philanthropist and lawmaker Edward Colston, fell out of favour worldwide for involvement in the slave trade.

"On Wednesday 23 September 2020 Colston Hall changed its name to Bristol Beacon ... We know that our former name, that of the slave trader Edward Colston, meant that not everyone has felt welcome or that they belong in their city’s concert hall. And if we can’t share the joy of live music with everyone, something must change", a statement on the concert hall's website reads.

​The concert hall played an important part in the development of rock music since the 1960s, with legendary acts such as The Who, Led Zeppelin, Queen, Pink Floyd and David Bowie listed among those who performed there.

​Following the death of George Floyd, an African American man, in police custody, the UK's self-described anti-racism activists launched the Topple The Racists campaign, listing statues in monuments deemed offensive and in need of demolition. They include statues of renowned historical figures, such as Prime Ministers William Gladstone and Robert Peel as well as seafarers and explorers James Cook and Francis Drake.

The campaign to pressure Bristol to drop the slave trader's name has been underway since 2017, with various artists, such as trip-hop group Massive Attack, boycotting the venue. The calls have intensified as part of the Black Lives Matter movement.