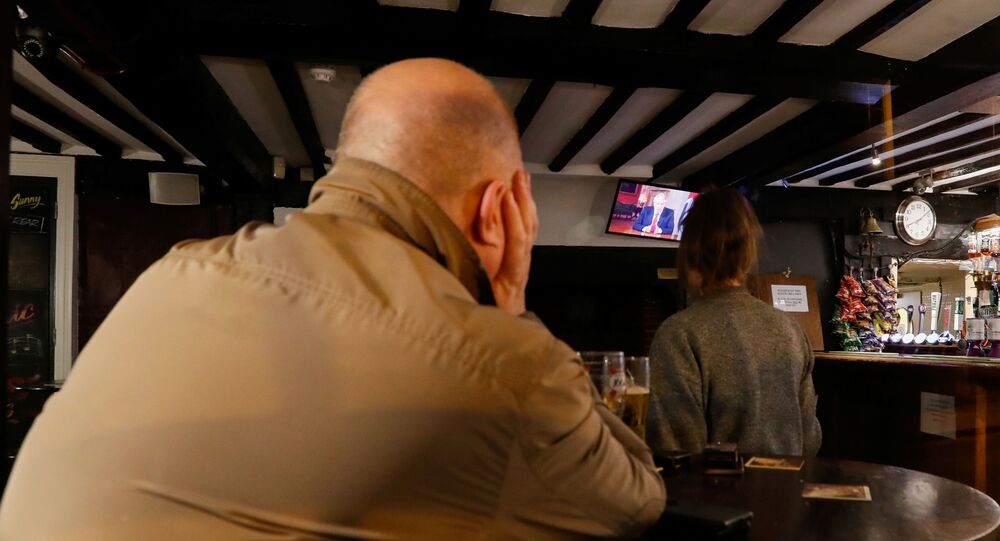 Do pub goers follow social distancing rules? How will the hospitality industry survive fresh government 10pm operation ban? British businesses and public struggle to bypass the confusion of Covid-19 measures in the UK and remain financially solid at the same time.

A mass outcry by the hospitality sector in Britain followed the new restrictions, put in place by the government, including closure of pubs and restaurants at 10pm. Business owners and representatives of the industry described the new regulations as “another crushing blow for many hospitality businesses struggling to recover.”

“It is hard to understand how these measures are the solution to fighting the disease when Government data shows that just 5% of infections out of the home are related to hospitality. Where such restrictions have been put in place locally they have not cut infection rates, merely damaged business and cost jobs,” Kate Nicholls, CEO of UKHospitality, the leading hospitality trade association in the UK.

She added that hospitality has played their part in “investing in Covid-secure venues and reassuring their customers.”

Whether pub goers have actually shown diligence in adhering to social distancing measures, while having a pint with their friends, remains a disputed issue.

When the government relaxed the restrictions in July, allowing pubs and restaurants to re-open before gyms, the public got to question why health-promoting facilities remained closed, while the pubs – where people are less likely to stay 2 metres apart – were among first to re-open.

After the announcement by the UK Prime Minister Boris Johnson on 22 September, many took to social media to voice the frustration and disbelief that pub goers adhere to Covid-19 restrictions.

Nae plastic screens in houses though, or ppe. No matter what people say about how they will distance themselves in houses, it won't be as distinct as we are all meant to behave in pubs etc. The fact that folk don't follow guidelines in pubs either is a different matter.

I could quite easily sit with 10 friends at my house social distanced and wear mask have sanitizer as well if toilet used, but your saying it's safer in pubs where I don't know the people or if they are trust worthy to follow the rules that's not to mention when they end up drunk

​“The government opened the pubs way too early in the pandemic and because after a while, the social distancing rule wasn’t really followed, now we all have to pay the price. It is easier to follow the rules in restaurants and bar lounges, where people remain seated and enjoy table service, which prevents them from gathering at the bar to order drinks and food. While restaurants and lounges have been largely following the rules, I can’t say I have seen the same throughout the pub sector, to be honest,” an owner of a bar-restaurant in central London said.

He added that the new restrictions place a heave economic burden on the businesses, which is an outcome of the government’s incompetence and slow initial reaction to the pandemic.

“Boris was slow to introduce measures when Coronavirus reached Britain and now we are paying the price for that mistake, by having to follow confusing and in my view ineffective regulations, introduced by Johnson and his government,” the businessman said.

Due to its management of the pandemic, Downing Street has been accused of inconsistency and failing to tackle Covid-19 while keeping the economy afloat. Social media posts have on many occasions referred to bewilderment caused by Johnson’s announcements.

This sums up the view of a lot of listeners @BBCRadio2 this afternoon pic.twitter.com/hApH7gp5kx

Posting on Twitter, Boris Johnson described the new order of things as “the time for all of us to summon the discipline, the resolve, and the spirit of togetherness that will carry us through.”

Unless you tell us to all go out again....then two weeks later blame us for an increase (there isn't) cause we all went out like we were told to?

​Among the new regulations for businesses to be enforced in the UK on 24 September are closure of takeaways after 10pm.

Businesses will also need to display the official NHS QR code posters so that customers can ‘check-in’ at a venue as opposed to leaving their contact details once the app is rolled out nationally from 24 September.

Venues that fail to follow COVID-19 Secure requirements will face fines up to £10,000 for repeated breaches.