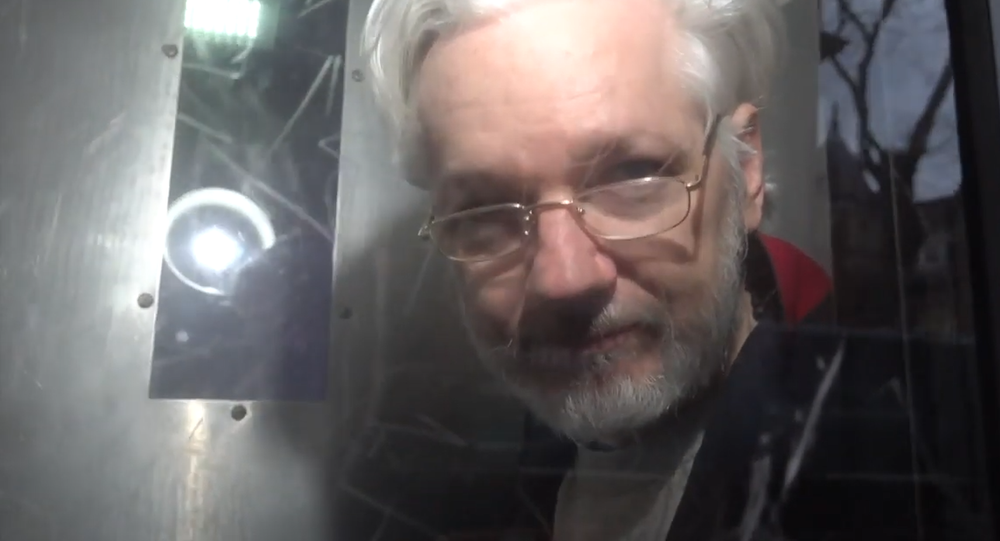 The WikiLeaks publisher, who faces up to 175 years in prison for his role in obtaining and publishing classified US documents, has been kept at Belmarsh maximum-security prison since he was removed from the Ecuadorian Embassy on 11 April 2019.

WikiLeaks publisher Julian Assange is at "very high risk of suicide” should extradition occur to the US, and the suicide risk "arises directly from Mr Assange’s psychiatric disorder”, the Old Bailey heard on Tuesday.

​Professor Kopelman said that he has always qualified his statements “as far as a psychiatrist can say”, noting that the risk of suicide should extradition happen or become imminent would be “very high”. He also noted there is an “abundance of risk factors in his case”, as well as the reportedly high suicide rates of patients in isolation in US prisons.

​The professor, who said that he had conducted an "old fashioned" history of the patient, assessed a “recurrent depressive disorder with prominent suicidal ideation” that became “more severe during the lockdown” and that he found evidence to suggest "a genetic predisposition" to clinical depression. Mr Assange has a history of self-harm, with two close relatives who took their own lives, the court also heard.

“It’s true to say that we can’t add these up and make a mathematical prediction of his suicidal risk, all we can do is note that there are an abundance of known risk factors in Mr Assange’s case”, Professor Kopelman explained.

The court also heard that Mr Assange had been taking various medications to assist with his symptoms.

Prosecution suggests Mr Assange is exaggerating or feigning his symptoms

James Lewis QC, cross-examining for the prosecution, started off by examining the basis of Professor Kopelman's assessments by asking whether he had relied upon the International Statistical Classification of Diseases ICD of the World Health Organisation. The professor made clear that he was "not a great fan" of what he calls “those bloody books”, such as the ICD or the Diagnostic and Statistical Manual.

He noted that he usually gives his clinical diagnosis and then says "what is the equivalent in ICD".

"I have served upon a couple of ICD-11 committees and I have to say that it is a very political organisation and you have a committee making diagnosis criteria", the professor added, saying that "some are better than others".

There was some question raised as to the qualifications of the professor, who has testified in court for both the defence and the prosecution in cases over the last three decades.

Professor Kopelman called it "a bit rich" that his expertise was brought into question given the fact that quite recently, Mr Lewis was keen to secure Mr Kopelman's expertise as an expert witness in a separate case which resulted in laughter in the court. The judge also noted that Mr Lewis had little response to that point.

The cross-examination focused heavily on whether Mr Assange was feigning or exaggerating symptoms and whether the professor has the skills to detect either exaggeration or malingering.

"Spotting exaggerations and malingering" is" a big part" of neuropsychology, the professor made clear, adding that:

"Every time I have been to prison, I am aware of the possibility of exaggeration. Every time."

Mr Lewis also picked through the professor's report to the court, asking him why certain observations in the patient files had been left out of the court report and why other statements had been mentioned. Mr Lewis continued to challenge the professor by quoting sections of his medical notes which he argued were "inconsistent" with the risk of suicide and with clinical depression.

"My summary of the notes is more comprehensive than of any of the psychiatric reports available", Professor Kopelman insisted, adding, "I have done my best" and noting that Mr Lewis "will always find things" that he thinks should have been included.

Mr Assange could be sentenced to up to 175 years in prison if he is convicted of all of the charges made against him in the US. The charges almost entirely relate to his role in publishing the Iraq and Afghanistan war logs, Guantanamo Bay detainee files, and diplomatic cables that revealed war crimes as well as other criminality and abuse committed by the US government and American-backed forces.

The case continues with further medical testimony expected over the coming days. Sputnik will continue to monitor the proceedings on location at the Old Bailey and via video link.