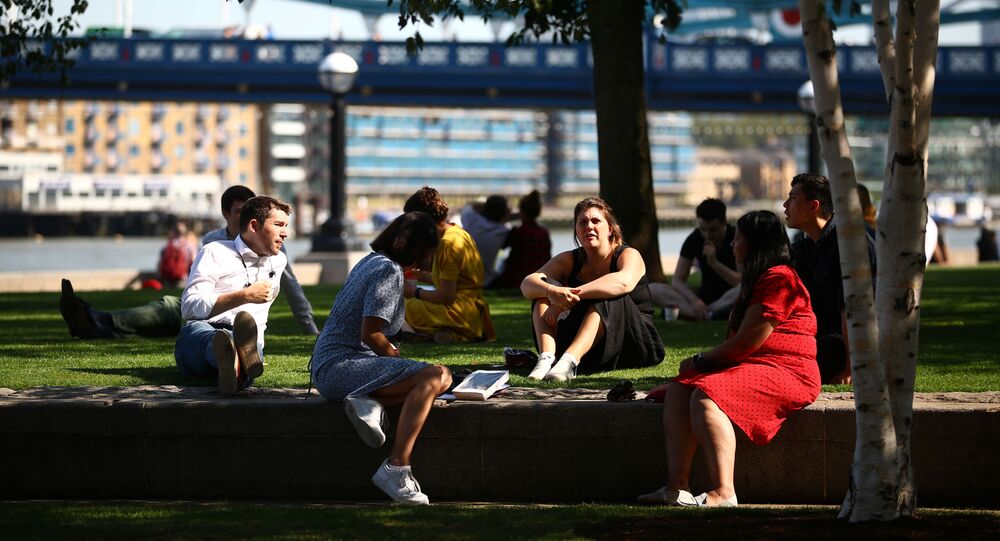 Early last week, UK Policing Minister Kit Malthouse called on Brits to report their neighbours to the police if they see them violating the government’s ban on social gatherings of more than six people.

The Times has cited unnamed sources as saying that the UK police non-emergency reporting line 101 is swamped with complaints over people breaking "the rule of six" related to containing the COVID-19.

According to the sources, police forces had to put more staff on their phone lines due to a drastic rise in the volume of calls.

The insiders claimed that lots of people were only reporting minor rule violations or calling just because of grudge against their neighbours.

“There are discussions about how the 101 system can cope, and whether increased resources need to be looked at across the board. We don't want a situation where people calling about COVID-19 breaches are blocking others from getting through about other, serious crimes,” one of the sources noted.

The developments come after UK Policing Minister Kit Malthouse told the BBC last Monday that members of the public should “absolutely” call the police if they saw groups of more than six in a house next door.

He was echoed by Home Secretary Priti Patel, who said in an interview with Sky News last week that even though she is “rarely at home”, she would “quite frankly call the police” if she sees something that she said “was inappropriate”.

“It's not dobbing in neighbours, it's all about us taking personal responsibility”, Patel underlined.

The Home Secretary spoke after British Prime Minister Boris Johnson confirmed earlier this month that “the rule of six” restriction will be introduced in England as of 14 September as the country had recorded a further 2,659 coronavirus cases over 24 hours and another eight deaths at the time.

He explained that the new measure, which will replace current guidance allowing gatherings of up to 30 people, means that two households cannot meet if they make a group bigger than six.

© AP Photo / Alastair Grant
UK Facing Real Challenges With COVID-19 Testing Capacity, Minister Admits
Those who break the rules can be fined £100 ($128), and penalties will double for every further such offence up to a maximum of £3,200 ($4,116).

The number of the confirmed coronavirus cases in the UK currently stands at 394,261 with 41,777 fatalities, according to the World Health Organisation’s latest situation report.