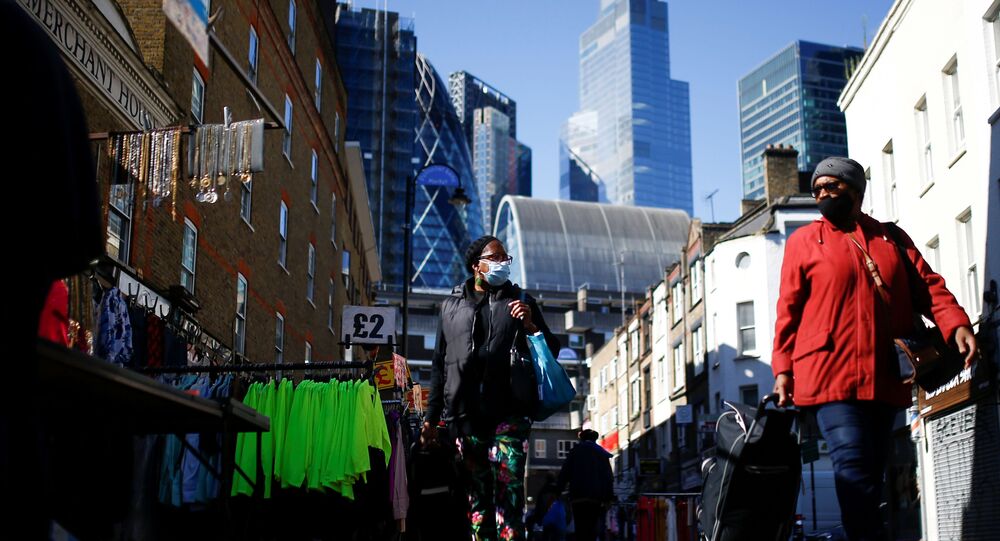 Earlier in the day, Chancellor Michael Gove urged Britons to work from home if possible, adding that Prime Minister Boris Johnson will announce new restrictions later in the day.

Head of the Labour Party Sir Keir Starmer stated on Tuesday that the British cabinet has lost control of the coronavirus crisis, as the number of infected surged across the country.

"But instead of getting a grip, the government has lost control. Our testing system collapsed just when we needed it most," he said, adding that "there should be nothing inevitable about a second lockdown".

Britain saw multiple clashes between police officers and some of the protesters in London's Trafalgar Square, as thousands rallied to protest against the coronavirus restrictions promised by the government. In the meantime, the UK reached almost 400,000 COVID-19 cases in the last several days; its death toll is 41,788, the fifth-highest in the world and the highest in Europe.

Due to the spike, Prime Minister Johnson, who previously introduced the "rule of six", banning mass events with seven or more people, is expected to announce additional restrictions to curb the outbreak.

The measures will reportedly include social distancing, mask-wearing in public places and early closing hours for pubs. The outbreak might even result in a national lockdown similar to the one Britain faced back in March.