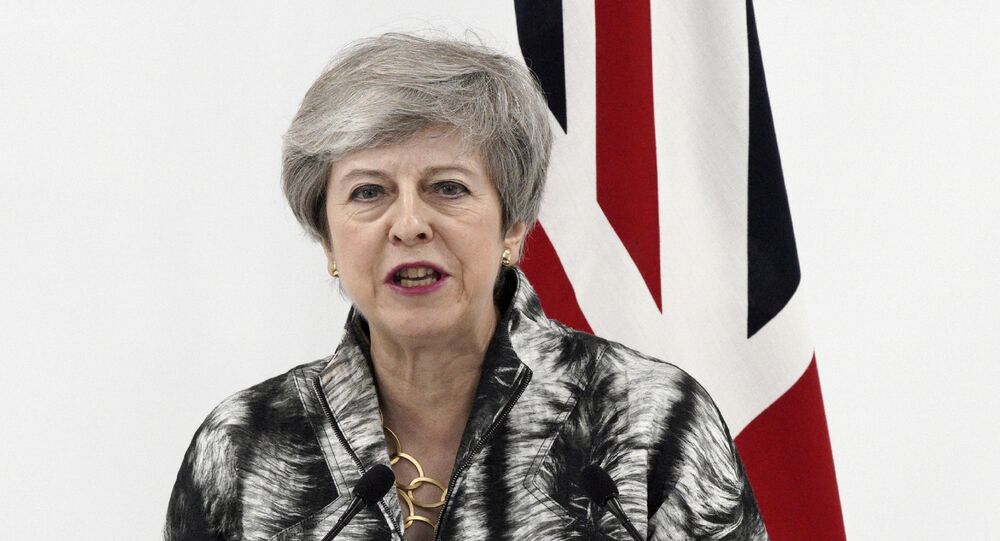 Last Monday, the UK House of Commons voted in favour of the new Internal Market Bill presented by Prime Minister Boris Johnson, which many believe contravenes international law, as it suggests that the UK may roll back some of the commitments on state aid and customs checks on goods entering Northern Ireland, thus violating the EU Withdrawal Deal.

Britain’s former Prime Minister Theresa May warned on Monday against Downing Street’s “reckless” and “irresponsible” Internal Market Bill that would give Prime Minister Boris Johnson’s government the power to retreat from some of its obligations with respect to the special protocol for Northern Ireland in the Brexit deal, the Guardian reported.

May, who serves now as a backbencher in the House of Commons, argued that Johnson’s bill violates international law, adding that such a move would risk “the integrity of the United Kingdom” and harm the nation’s reputation globally as an upholder of the law, and that it could contribute to a reunited Ireland.

“I cannot emphasise enough how concerned I am [that] the Conservative government is willing to go back on its word to break an international agreement signed in good faith, and to break international law,” May said during a speech in the House of Commons, as quoted by The Guardian.

The former prime minister also suggested that breaking international law would risk other countries’ trust in the UK government in future negotiations, adding “so much for global Britain”.

May provided three reasons why clauses 41 to 45 had “no place” in Johnson’s bill and could weaken support for Westminster in Northern Ireland.

What is the Bill About?

The Internal Market Bill, which was introduced two weeks ago and passed in the House of Commons last Monday, does not impose or bar trade restrictions, instead, it includes three clauses that would give British ministers the power to modify or “disapply” any new trade measures that might be put into place in January 2021, after the end of Brexit transitional period.

The proposed legislation addresses the Northern Ireland Protocol - an element of the deal designed to prevent a hard border from returning to the island of Ireland. The bill proposes no new checks on goods moving from Northern Ireland to Great Britain.

Brexit Costs Have Already Exceeded Those of ISS, Report Says

Brexit: The UK’s Most Powerful Weapon is ‘The Threat to Walk Away’ Says Analyst

What is Causing the Chaos Over BoJo’s Internal Market Bill?