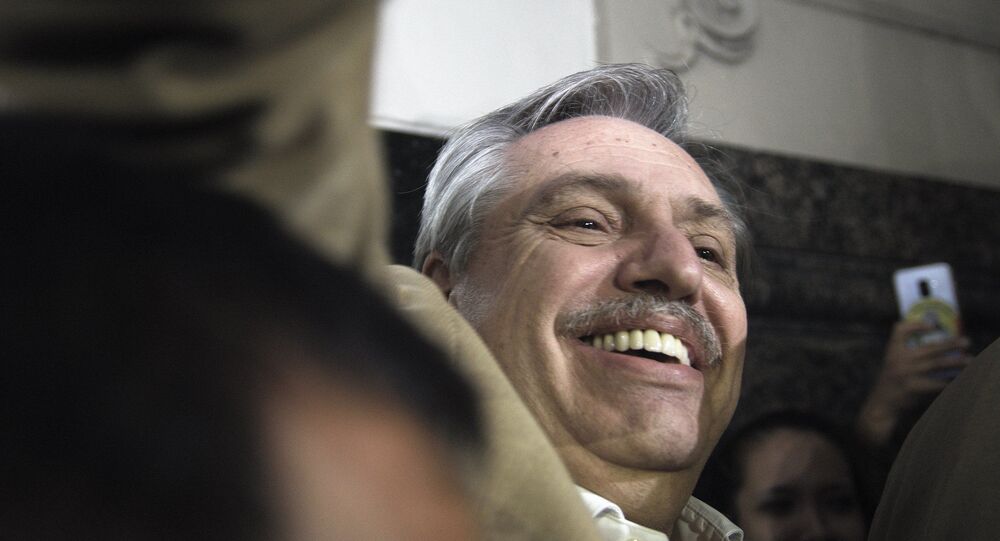 Over 167 notable ministers, heads of state and parliamentarians have added their names to the growing list of those calling for an end to the prosecution of WikiLeaks publisher and award-winning journalist Julian Assange.

President Alberto Fernández of Argentina and Venezuelan President Nicolas Maduro Moros have joined 11 former presidents from 11 different countries in endorsing an open letter blasting the prosecution of WikiLeaks publisher Julian Assange. The letter describes the 17 Espionage Act charges against Mr Assange as violating "the right to freedom of expression, freedom of the press and the right to know".

Campaign group Lawyers for Assange organised the letter, which was originally published on 14 August, and had the support of over 189 jurists, lawyers, academics and lawyers associations before this latest set of endorsements. The letter, which is addressed to UK Prime Minister Boris Johnson along with other high ranking cabinet members, echoes the assessment of the Commissioner for Human Rights of the Council of Europe, saying that:

“The broad and vague nature of the allegations against Julian Assange, and of the offences listed in the indictment, are troubling as many of them concern activities at the core of investigative journalism in Europe and beyond.”

"Extradition on the basis of the indictment would gravely endanger freedom of the press, a cornerstone of European democracies enshrined in Art. 10 [of the European Convention on Human Rights]", according to the open letter.

It also brings particular attention to the finding by UN torture expert Nils Melzer that Mr Assange showed clear signs of psychological torture and decries the fact that he has been "denied time and facilities to prepare his defence in violation of the principle of equality of arms which is inherent to the presumption of innocence and the rule of law".

© Photo : No Extradition Film
Over 150 Lawyers 'Condemn' Denial of Julian Assange's 'Right to a Fair Trial' in Open Letter

Former President Lula da Silva, himself a former prisoner under what many considered to be a political prosecution, said in a statement that, “If the democrats of the planet Earth, including all journalists, all lawyers, all unionists and all politicians, have no courage to express themselves in defence of Assange, so that he is not extradited, it means we have a lot democrats out there who are liars".

"Julian Assange is being politically persecuted for publishing information that was in the public interest, including hard evidence of US war crimes. That the perpetrator of those war crimes, America, is now seeking to extradite Mr Assange is unjust in the extreme and arguably illegal under British law. If it goes ahead, not only would Mr Assange face 175 years in prison, but the precedent would be set for all Australians, and particularly journalists, that they are at risk of being extradited to any country they offend."

Mr Wilkie is himself a former intelligence analyst from the Australian military who blew the whistle on lies being told by his government which were being used to facilitate the invasion of Iraq.

Other political figures to have signed onto the letter include former Labour Leader Jeremy Corbyn, ex-Labour MP and Shadow Minister for Communities and Local Government Chris Williamson and Scottish National Party Member of Parliament Kenneth MacAskill.

Mr MacAskill, who was a former Justice Secretary of Scotland for seven years, in a statement called the prosecution of Mr Assange a "political crucifixion" which is "about seeking to bury truth and those exposing it".

17 out of 18 of the charges faced by Mr Assange pertain to his receipt, handling and publication of tens of thousands of classified US documents which revealed, among other things, war crimes and crimes against humanity perpetrated by US-led forces in Iraq, Afghanistan and Guantanamo Bay, Cuba.