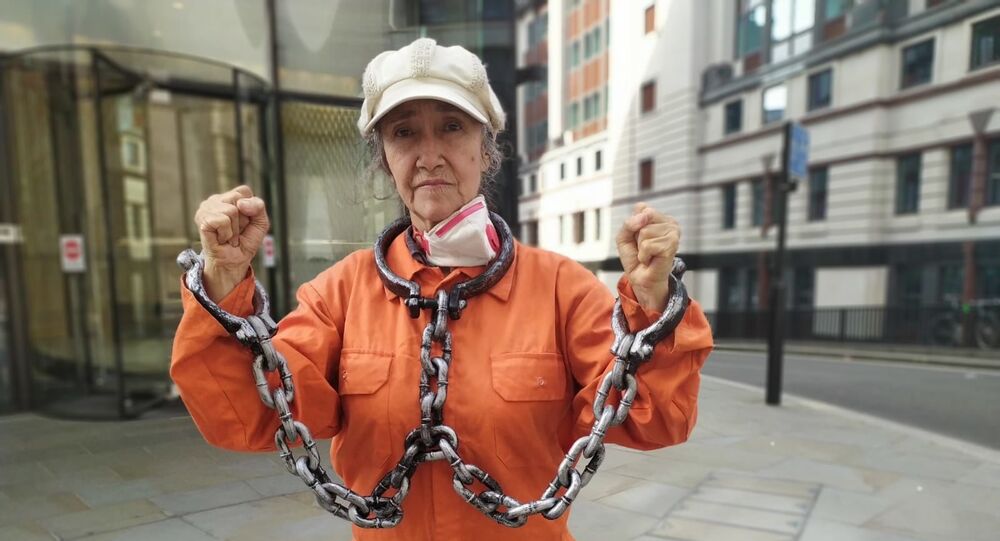 Julian Assange and Iraq Body Count sought to minimise harm to US government sources through a process which was "painstakingly approached by" the death toll monitoring group, "Julian Assange and his Wikileaks colleagues", Professor Sloboda told the Old Bailey.

Professor John Sloboda on Thursday categorically rejected assertions made by the prosecution that Julian Assange had a "cavalier attitude" towards the well-being of US government informants when publishing the Iraq War Logs. The professor founded the well-known organisation Iraq Body Count and worked extensively with WikiLeaks to review the documents as well as help redact them before they were published.

The Iraq War Logs offered “The largest single contribution to knowledge about civilian casualties that has so far come to light” adding about “15,000 hitherto unknown [civilian] deaths”, the professor told barrister for the defence Florence Iveson.

"The aim [of Mr Assange and WikiLeaks] was a very, very stringent redaction of the Iraq War Logs" in order to "ensure that no information that could be damaging to living individuals, including informants, [would be published]"

​“They were over-redacted for caution" Professor Sloboda said noting that the position taken was "to be over-cautious and in certain circumstances possible un-redact [later".

Fidel Narvaez was counsel for the Ecuadorian Embassy when Mr Assange was there with asylum. He notes that Prof Sloboda said WikiLeaks and Mr Assange "were the most concerned" about redacting names to protect those who might be harmed by the Iraq War Logs.

​This evidence further corroborated the testimony of investigative journalist John Goetz who, as a then reporter with Der Speigal, worked with the media consortium that was granted access to the various classified documents before their publication.

​During cross-examination, the witness was challenged as to how he was "vetted" by WikiLeaks before being given access to the tens of thousands of documents making up the Iraq War Logs.

"Who are you suggesting would have done this?", Professor Sloboda replied, having explained that he had to sign a non-disclosure agreement before gaining access to the documents.

"Did WikiLeaks or Julian Assange engage in a vetting procedure before handing over access to 400,000 classified docs to you?", Joel Smith, barrister for the prosecution, asked. " I don't know" the professor responded.

When asked about "jigsaw protection" in relation to the need to guard against information which on its own can't lead to identifying an individual but with other pieces could potentially identify a potential information the professor explained that in addition to names being redacted, occupations, and at time mosques names were also redacted. He could not answer if other buildings or vehicles were named.

Mr Smith's suggestion that Mr Assange has a cavalier attitude towards the safety of informants came after the barrister revealed to Professor Sloboda allegations that the identities of two informants somehow missed the redaction process of the 400,000 documents that were published.

"According to information from people with expertise in military and diplomatic matters" Mr Smith said to the professor "by publishing these documents Mr Assange created a grave risk that such people would experience significant harm" he said.

If they were in heavily redacted logs published in 2010 this is the first I have heard of it", the professor replied adding that he has "no explanation of that at all"

"Might it be because Mr Assange took a cavalier attitude to the publication of these logs?", Mr Smith asked.

"No" the professor replied".

Craig Murray, ex-diplomat & human rights activist, has been monitoring Mr Assange's extradition hearings. He says the US prosecution today sought to paint Mr Assange as "cavalier" towards the safety of informants though the defence witness rejected that assertion
via @SputnikInt pic.twitter.com/ME6w1ocHJI

​When Mr Smith asked what the possible alternative there could be the professor said "I imagine the alternative... that some element of the redaction for some unknown reason - and without seeing the particular logs referred to.. the redaction programme allowed those names to remain in the documents…", he said that it was "simply conjecture" because he could not say any more without seeing the alleged instances referred to.

The extradition hearings are expected to last at least a further three weeks, during which time Sputnik shall continue to follow the proceedings on location and via a court approved video link.