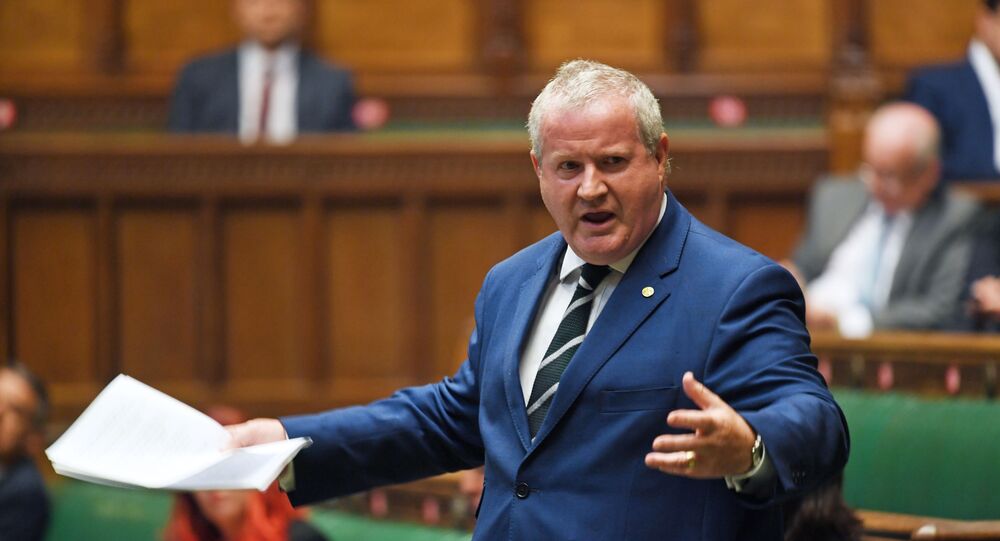 The sticking point between Westminster and Holyrood are the provisions of the Internal Market Bill, whose content, according to a Scottish MP, is not understood by the UK Prime Minister.

The Scottish Nationalist Party (SNP) Westminster leader Ian Blackford blasted PM Boris Johnson on Wednesday, saying he “was all over the place” when it comes to the regulation of the internal UK affairs after Brexit.

“He doesn’t remember what he has written. He doesn’t understand his own Brexit deal and he doesn’t even know what is in the Internal Market Bill,” Blackford said about Boris Johnson during the Prime Minister’s Questions time.

Johnson didn’t leave the issue of Internal Market Bill unattended and touched upon its effect on the wholesomeness of Britain.

"This bill is intended to uphold the economic, the political, territorial integrity of the United Kingdom and I believe it should be supported by every member of this House," Johnson told parliament on Wednesday.
Blackford accused the Conservatives of “failing the union” of the UK, when during the PMQs he referred to the clause 46 of the Bill.

Blackford suggested that Section 46 would allow “the Tories to bypass Scotland's Parliament and take decisions on the NHS, education, infrastructure, economic development, culture and sport - a blatant power grab."

"This bill allows the Tories to bypass Scotland's Parliament and take decisions on the NHS, education, infrastructure, economic development, culture and sport - a blatant power grab."

During the 2016 referendum on the membership of the European Union, Scotland largely voted against Brexit. Scottish voters were first asked whether they wanted independence for Scotland in September 2014, with 55% voting against it. The government in Holyrood has since then proposed a second referendum, which however hasn’t been approved yet.

The Internal Market Bill is meant to set out general principles for market access and support, affecting trade in goods and services within the UK. The Bill’s principles would apply to all nations of the UK equally.