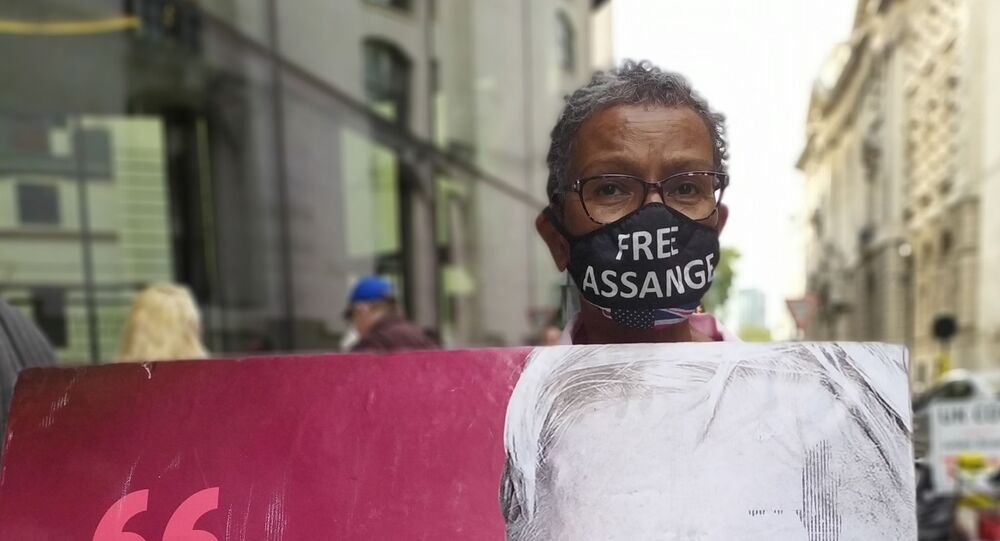 The US government alleges that WikiLeaks and Assange do not follow standard journalistic practices and unreasonably jeopardised the lives of government informants, but the court heard arguments on Wednesday that in fact the opposite is true.

Julian Assange, who is accused by the US government of releasing large numbers of unredacted names of sources, potentially putting them in danger, was engaged in a very "rigorous" process of redaction of the names mentioned in leaked documents before their publication, investigative journalist John Goetz told the Old Bailey on Wednesday, the seventh day of Mr Assange's extradition hearings.

Mr Goetz, who worked extensively with Wikileaks and the other collaborating news outlets on the Afghanistan War Diaries and the Diplomatic Cables and was familiar with the process dealing with the Iraq War Logs, made abundantly clear that Assange was very concerned with "harm minimisation".

"Shortly before the publication, we were down in the ground floor restaurant of The Guardian and we published the results where he described the harm minimisation process and he described how we sought to protect innocents from being harmed," Goetz told defence barrister Mark Summers QC.

Assange was “very concerned with the technical aspect of trying to find the names in this massive collection of documents," Goetz said, explaining that "this was the first time anyone was dealing with this massive[…] it was tens of thousands of documents."

He added that he remembered that Assange "and everyone were discussing [ways to find] these sensitive names”.

Goetz noted that with the Afghanistan Diaries, the media team reached out to the US State Department for their thoughts about what documents might needed to be redacted to protect innocents. WikiLeaks ultimately informed the State Department, via a New York Times delegation, that they would redact 15,000 documents relating to Afghanistan, as part of the harm minimisation process, pursuant to requests made to them via a consultative process, which continued with the other releases as well.

"I do also remember about the Iraq War Logs, I got an email from David Leigh, who said the publication was being delayed […] because WikiLeaks was taking [so long] to remove [redact] ‘bad stuff’ ,"  Goetz recalled.

Another key piece of information that was raised in court was the fact that a password to the full unredacted Diplomatic Cables was published in a book written jointly by British journalists David Leigh and Luke Harding. It was through this password, the court heard, that external outlets such as the leaking website Cryptome were able to publish the full unredacted Diplomatic Cables.

Goetz is an award-winning journalist who worked in "the bunker" with WikiLeaks - and at the time was as an employee of Der Spiegal - in what was a "very unique" collaboration with competing outlets such as The Guardian, The New York Times and El Pais.

Goetz was challenged in cross-examination, by James Lewis, QC, who said, "It is the governments case that before Cryptome published, many unredacted cables themselves were published by WikiLeaks." Lewis referred to the publication of around 120,000 unredated documents by WikiLeaks in late August 2011. Goetz replied that as far as he was aware, those were unclassified documents or documents which did not have the redactions.

Lewis also referred to a 2 September 2011 open letter signed by participating news outlets condemning the publication of the full unredacted Diplomatic Cables by WikiLeaks and warning of potential harm to US government sources.

But Goetz told Lewis: "As far as I know, what actually lead to the republication of cables was not known on September 2nd [2011] when that statement [by The Guardian, The New York Times, Der Spiegal and others] was issued," and added that the fact that it was the "Luke Harding book" which contained the password that gave the likes of Cryptome access to the unredacted cables "came slowly in the weeks and months that followed" so that letter was published "Before the chain of events was actually known".

The defence witness also repeatedly emphasised the point that WikiLeaks committed extensive resources to the Diplomatic Cables because they planned to spend at least another year working to release the documents in stages dealing with each country dealt with in the cables; a process which Goetz described as frustrating for him at the time because he had an interest in releasing stories which would be held up by the process.

During re-examination by the defence, Goetz explained that as far as he knew, "this question of harm was a central issue in the Manning trial. I don’t know of any case of a specific incidence where harm has been shown from release of these documents."

"Cryptome published the unredacted cables first, I don’t think there is any dispute about that, so what WikiLeaks did was republish," Goetz said.