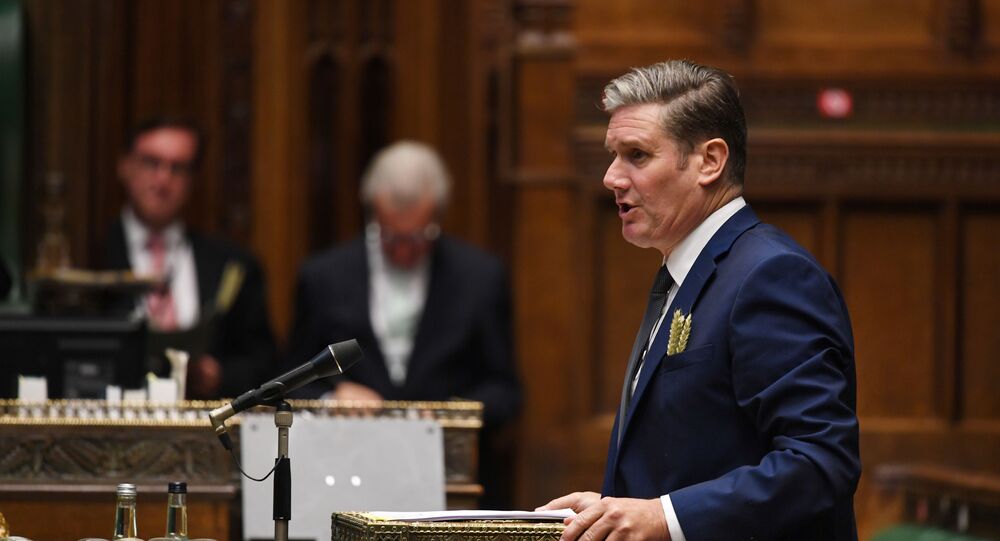 LONDON (Sputnik) - UK Labour Party leader Keir Starmer offered on Tuesday to work with the government to create a support plan that can replace the coronavirus job retention scheme, which is ending on 31 October, in order to avoid mass layoffs.

"It makes no sense at all for the government to pull support away now, and in one fell swoop, but with a bit of imagination, and if we act in the national interest – a better approach is possible", Starmer said in an online address to the Trade Union Congress' virtual conference.

The leader of the parliamentary opposition admitted that the job protection scheme implemented in March cannot last forever, so he said that’s the reason why he was calling the government to work with the Labour Party, trade unions and businesses to create a new targeted support programme.

"The virus is still with us, infections are rising, lockdowns are increasing, and for some sectors of our economy – retail, aviation, hospitality, for millions of workers, and for towns and cities under restrictions, it just isn’t possible to get back to work or reopen businesses", he added.

Stamer's call comes as the Office for National Statistics said on Tuesday that the UK’s unemployment rate climbed to 4.1 percent in the three months to July from 3.9 percent in the previous quarter.

© AP Photo / Lehtikuva/Markku Ulander
Finnair Begins Talks to Layoff 1,000 Employees, Sells A-350 Airbus Amid Pandemic Hardships
According to the government body’s latest report, in the three months to July, an estimated 1.40 million people were unemployed, 104,000 more than a year earlier and 62,000 more than in the previous quarter.

The ONS also said that 695,000 fewer people were on salary payrolls in August compared to March, when the UK lockdown started.

There are fears the unemployment rate climbs even higher in the next few months, as the 31 October dateline nears.

The coronavirus job retention scheme, which saw the government paying for 80 percent of the salary of employees placed on leave due to the virus restrictions, benefited more than 10 million workers.