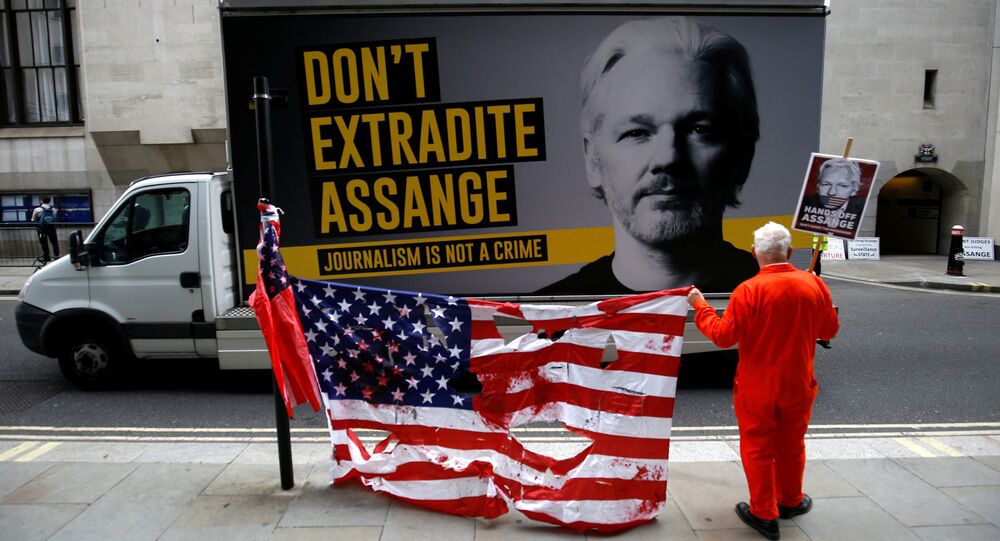 The hearing to decide whether Wikileaks founder Julian Assange should be sent to the United States resumed on 7 September at the London Central Criminal Court, after six months of delay due to the COVID-19 pandemic.

The WikiLeaks founder, who has been locked up at the maximum-security prison Belmarsh since his arrest at the Ecuadoran embassy in London in April 2019, is attending the trial from behind a glass panel, away from his defence team.

Assange was sentenced to 50 weeks in prison for violating the terms of his bail back in 2012, when he took refuge inside the Ecuadorian embassy in the UK capital to avoid extradition to Sweden, where he faced sexual assault charges and possible extradition to the United States.