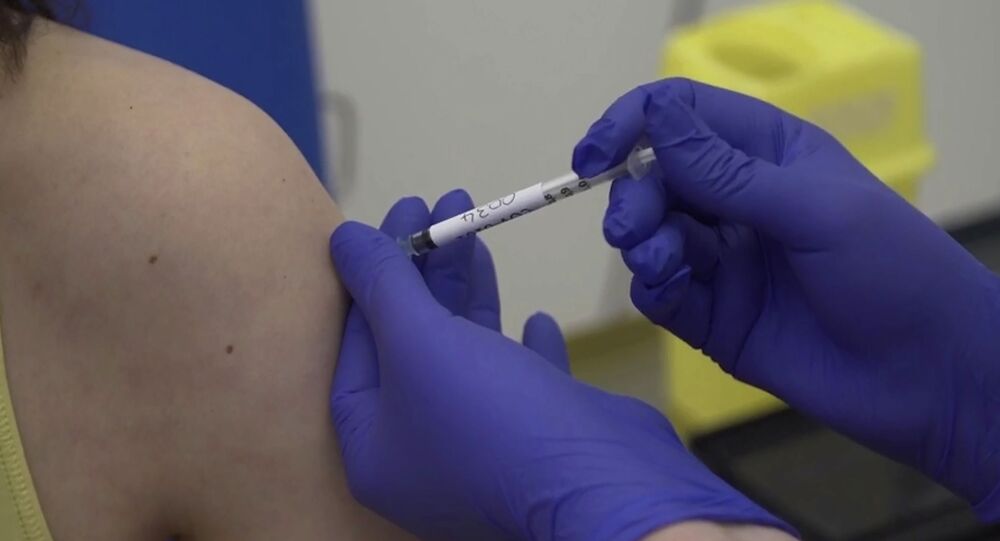 Hospital directors have repeatedly argued that the current lack in testing availability has led to more frequent absences among staff, which hinders the efforts of the crisis-hit NHS to recover.

UK ministers are drawing up plans to restrict “frivolous demands” for coronavirus tests, conceding that they didn’t expect there would be so many people willing to take them, the Times reported, adding that despite a staggering 200,000 tests being carried out each day, demand is still much higher.

Labs are understood to be struggling to process the piles of samples sent to them, forcing testing centres to cut down appointments, which has led to hundreds of people with COVID-19 symptoms waiting for over five days for a test result.

According to a recent LBC radio report, no walk-in, drivethrough or home tests were available in as many as ten areas with the highest infection rates: Bolton , Salford, Bradford, Blackburn, Oldham, Preston, Pendle, Rochdale, Tameside and Manchester.

Officials predict that the current capacity will fail to meet demand over the next few weeks, at least until a laboratory capable of processing 50,000 tests per day opens in the Midlands, which is unlikely to happen any time soon.  The worrisome prediction comes despite Whitehall recently announcing a new lab in Leicestershire, which will process around 50,000 antigen tests per day within the next few weeks, and opening a new lab at Newport.

“We are in for a rough few weeks,” one source told the Times, as hospitals and care homes increasingly complain about the insufficient amount of testing kits they receive. For instance, hospitals have said that the lack of tests was hampering the ability of the NHS to recover.

Chris Hopson, chief executive of the hospitals’ group NHS Providers, said that health bosses were “working in the dark”, adding that medical chiefs from Bristol, Leeds and London are all raising concerns about the lack of testing availability “leading to greater levels of staff absence”.

Lord Bethell of Romford, the testing minister, told peers yesterday that “we are throwing everything we can at the test and trace system”, acknowledging though that demand had been too high. “I welcome enormously the return of children to school but . . . this has led to a very large increase in the number of children who are being sent to testing centres, often bringing their parents and other household members with them, and that has put an enormous pressure on the system,” he admitted.

Jonathan Ashworth, the shadow health secretary, struck back, taking aim at the government for not preparing for the new outbreak beforehand, saying  it “beggars belief ministers didn’t use the summer to build up testing capacity in time for children back at school and many returning to the workplace”.

© AFP 2021 / ANDREW PARSONS
A handout image released by 10 Downing Street, shows Britain's Prime Minister Boris Johnson wearing PPE (personal protective equipment), including eye protection and gloves, during his visit to the UK Biocentre in Milton Keynes, north of London, on June 12, 2020, being used as a Lighthouse Lab facility dedicated to the testing for COVID-19.

Meanwhile, UK Health Secretary Matt Hancock has outlined plans to restrict access to tests, while officials in the government reportedly hope that reports about severe shortages of testing kits would bring down the demand from the “worried well".

Hancock stressed last week that he did not want to limits access to tests directly, but moved to change the wording on the NHS website to suggest that people should not to book a test unless they have obvious symptoms.

Separately, Downing Street confirmed yesterday that it was considering obligatory isolation for those demonstrating symptoms and their families, and/or households.

“We’ve always said we keep the issue of whether or not that [isolation] should be mandatory under review,” a spokesman said.

The number of confirmed COVID-19 cases has skyrocketed over the past few days, solidifying rumours about a likely second wave of the pandemic.

Another 2,612 positive results were reported by the UK health authorities yesterday, after more than 3,000 were recorded for three days straight before that.