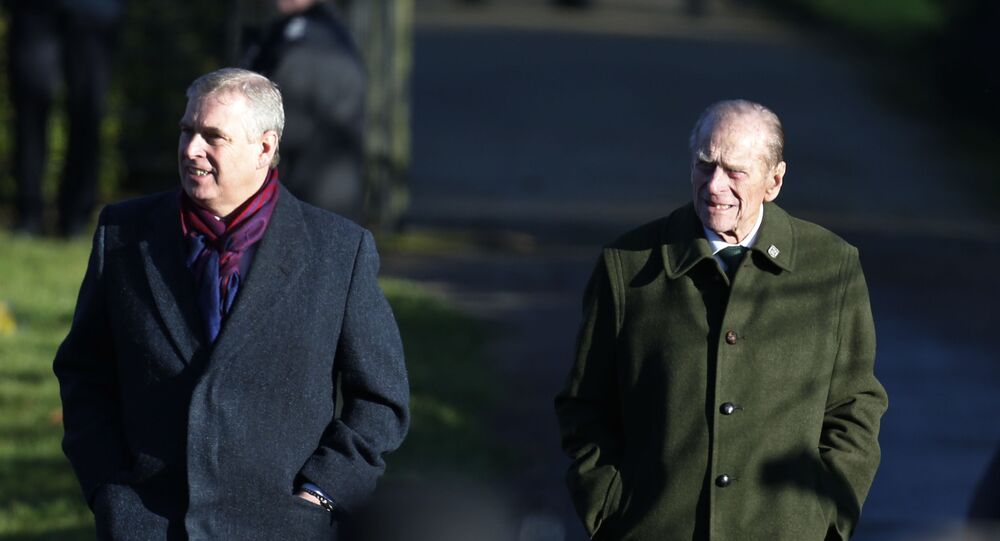 In light of the unfurling Epstein scandal, which has cost the Duke of York his reputation among other top figures, a royal biographer believes Andrew’s loss of his HRH title is only a matter of time.

Prince Andrew will be effectively excluded from his father Prince Philip’s 100th birthday next year  over the Jeffrey Epstein scandal  for the “survival of the monarchy”, according to his biographer Nigel Cawthorne, the author of Prince Andrew, Epstein and the Palace, as cited by Newsweek.

The biographer went on to comment that the purported decision to airbrush Andrew from his father’s anniversary celebrations “is one of the toughest decisions Prince Philip will have had to make in his life”. He argued that “giving in to media pressure” would cause the senior royal “great displeasure” as he is “extremely fond and very proud of his son”.

Yet, there is a compelling reason for the move: Philip is well aware that “Andrew’s name is poison currently” and Buckingham Palace is required to back away from his son for the sake of the survival of the monarchy at large.

"It will have been an enormous blow and will undoubtedly take some of the shine off the celebrations when they happen next year for Philip not to have Andrew by his side,” Cawthorne went on, suggesting that today is “a poignant moment” and Prince Andrew is “highly likely” to lose his HRH title some time soon.

However, Ingrid Seward, author of Prince Philip Revealed, believes there is no evidence of Buckingham Palace now thrusting itself in organising Prince Philip's birthday celebrations.

"He doesn't value his birthday anyway. He hates fuss and will hate the idea of celebrating his birthday,” she said.

The comments come after reports in The Sun this weekend that the Royal Collection Trust has been told to "play down Andrew" in a new exhibition about Philip's life, understood to be dedicated to his next year’s milestone anniversary.

The Duke of York has of late been deeply implicated in the case of the late paedophile Jeffrey Epstein, being accused by Virginia Giuffre of having sex with her when she was a 17-year-old trafficking victim in London, at Epstein’s lavish New York mansion and on the billionaire financier’s private island in the Caribbean.

The rumours about Andrew’s alleged involvement in Epstein’s notorious criminal activity gained momentum after a picture of the prince with his arm around young Giuffre’s waist emerged online.

It was reportedly taken at the London townhouse of British socialite Ghislaine Maxwell, Andrew's longstanding friend and former partner, who was jailed on six federal charges including those of direct sexual abuse and perjury, in early July and is now awaiting trial in a Brooklyn prison.

Andrew has always denied the accusations brought against him and his lawyers insist the FBI is treating him as a witness rather than a suspect. Over the summer, his legal team was locked in a standoff  with former US attorney for the southern district of New York Geoffrey Berman, who urged the prince to testify. His successor, Audrey Strauss, also stresses she wants the prince's testimony, although the Duke insists he has never been reached out to to this end.

Andrew’s lawyers say he has offered a statement, though the D.O.J. appears to want him to directly answer questions in real time. The embattled Duke had to quit public life after a disastrous BBC interview in late 2019, in which he failed to state he regretted friendship with Epstein, claiming he was unaware of the convicted paedophile’s criminal activities.