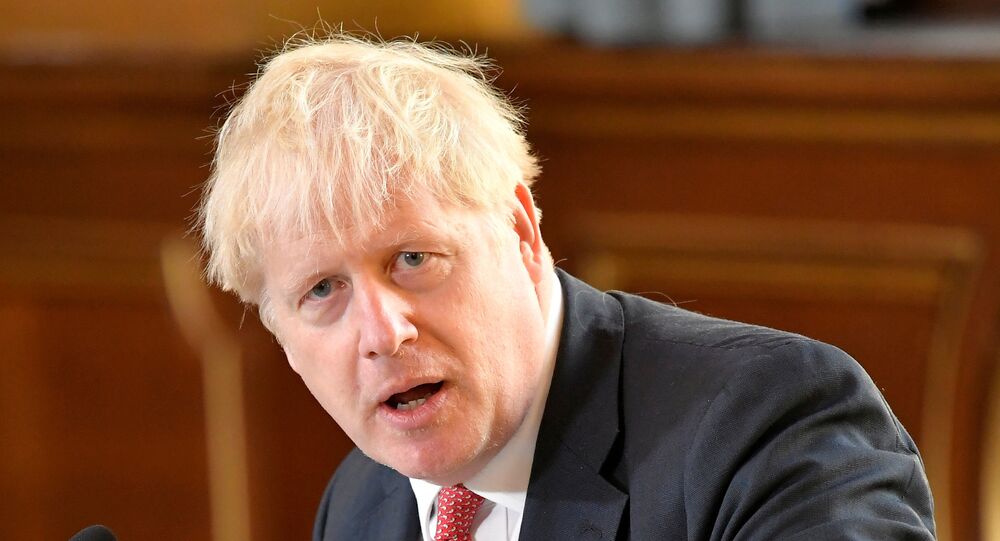 Fifteen Tory MPs have now come out against government plans to re-write the EU withdrawal bill - but the DUP could ensure government victory.

​In his letter to 10 Downing Street, Chishti wrote that as a barrister he had "real concerns with the UK unilaterally breaking its legal commitments under the withdrawal agreement".

Chishti, who campaigned for a Leave vote in the 2016 referendum on European Union (EU) membership, also tendered his resignation as the PM's Special Envoy on Religion and Belief.

Four more Tory MPs including former chancellor of the exchequer Sajid Javid came out after Chisti, bringing to 15 the number publicly opposed to the bill, which runs counter to the Northern Ireland Protocol in last year's EU Withdrawal Agreement.

They include former attorney-general Geoffrey Cox, who called the bill "unconscionable" in an article for The Sunday Times, adding: “No British minister should solemnly undertake to observe treaty obligations with his fingers crossed behind his back”.

However Chishti, Javid and Streeter have only said they cannot "support" the bill, not that they would vote against it.

© REUTERS / Toby Melville/Pool
Boris Johnson Accuses EU of Threatening UK’s Territorial Integrity Amid Row Over New Bill
Media reports have placed the number of Tory rebels at around 30, not enough to overturn the government's Parliamentary majority of 80 even if all vote with the opposition rather than abstaining.

Furthermore, the government could count on the support of the eight MPs from Northern Ireland's Democratic Unionist Party (DUP), whose whip Sammy Wilson said the bill was welcome but did not go far enough.

Wilson told the BBC's Good Morning Ulster that the Internal Market Bill was "not the finished product," adding that last year's Withdrawal Agreement was "one-sided" in favour of the EU.

"So we can have a situation where the Irish government subsidies and supports industries in the Republic, which would be to the detriment of Northern Ireland, and we would not have the ability either to stop them doing so or indeed to give the same kind of support to our industries in Northern Ireland without the agreement of the EU".

© REUTERS / POOL
Boris Johnson Urges Tories Against Voting Down His Brexit Bill, Warns Brussels Could 'Carve Up' UK
Johnson was set to tell Parliament on Monday it was "vital" to pass the bill as a "safety net" before the end of the Brexit transition period on December 31, when the UK will leave the EU Common Market.

"This is a piece of legislation that delivers a vital legal safety net in order to ensure that the integrity of the United Kingdom can be protected and it is critical that MPs pass this bill before the end of the year", his spokesman said.

The PM and his chief Brexit trade negotiator Lord David Frost have urged the EU to "think again on this point because it doesn't make resolving the outstanding issues in terms of a free trade agreement and the Northern Ireland protocol any easier".

The protocol, which replaced the unpopular 'Backstop' in former PM Theresa May's Brexit deal, keeps the six counties of Northern Ireland effectively within the EU common market and customs union to avoid border customs checks with the Republic of Ireland, while the UK will refund any tariffs paid by firms trading between NI and the UK mainland.

The open border was a commitment of the 1998 Good Friday peace agreement that ended the sectarian 'troubles' in the north. But the agreement allows the devolved Northern Irish government to unilaterally cancel the protocol.