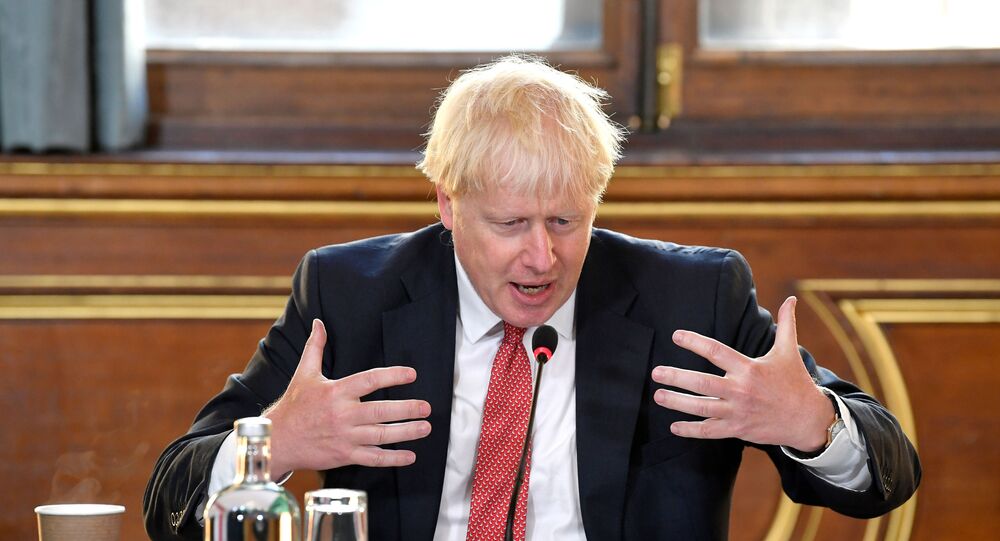 MOSCOW (Sputnik) - UK Prime Minister Boris Johnson has accused the European Union of threatening the United Kingdom’s territorial integrity as he urged the country’s lawmakers to pass the government’s proposed Internal Market Bill, which has created a diplomatic row with Brussels, in an op-ed published in the Daily Telegraph newspaper on Saturday.

Amid criticism from Brussels, Johnson accused the EU of attempting to “blockade” Northern Ireland and prevent the transport of food products from the rest of the United Kingdom.

“I have to say that we never seriously believed that the EU would be willing to use a treaty, negotiated in good faith, to blockade one part of the UK, to cut it off, or that they would actually threaten to destroy the economic and territorial integrity of the UK,” Johnson wrote in the newspaper.

The government presented the Internal Market Bill to the House of Commons earlier in the week, and the prime minister urged lawmakers to give their approval.

“So let's end any potential for misunderstanding. Let's remove this danger to the very fabric of the United Kingdom. Let's make the EU take their threats off the table. And let's get this Bill through, back up our negotiators and protect our country,” Johnson wrote.

© AFP 2020 / TORU YAMANAKA
UK Secures First Post-Brexit Free Trade Agreement With Japan
The Internal Market Bill has sent shockwaves through the Brexit negotiation process this past week, as it proposes to roll back some of the commitments on state aid and customs checks on goods entering Northern Ireland that London made in the Brexit Withdrawal Agreement, which was signed with the EU this past January.

Negotiators from London and Brussels held their eighth round of talks on a free trade deal this past week. The UK left the EU on January 31, triggering an eleven-month transition period that will conclude at the end of this year. Both parties have criticized one another for the ongoing impasse at the negotiating table.