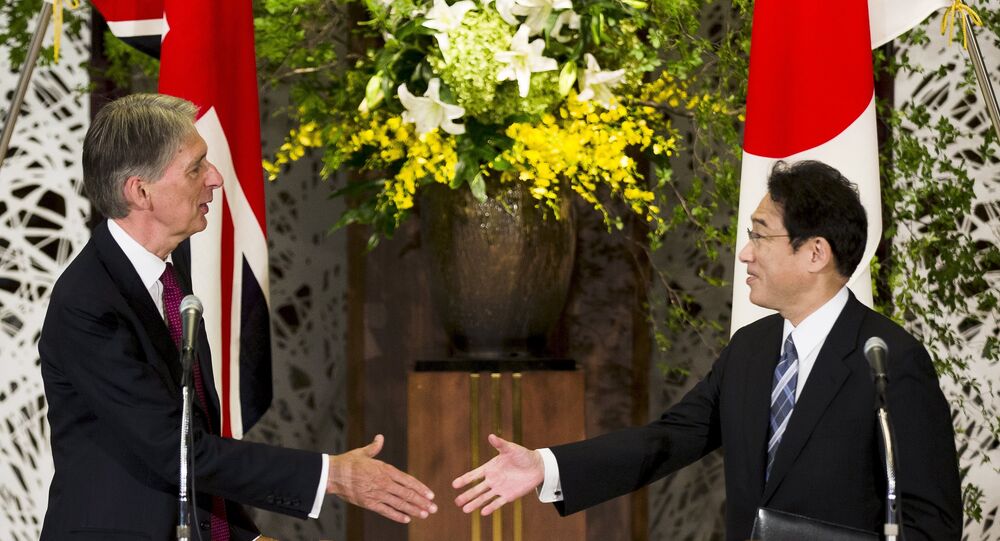 As the United Kingdom's transition period with the European Union is set to come to an end in December, and with a no deal outcome increasingly likely, Westminster is looking to establish free trade deals with countries around the world.

Japan intends to speed up trade talks with the United Kingdom and reach a broad consensus on an agreement this week, Reuters reported citing anonymous officials in Tokyo on Tuesday.

“We want to reach a broad agreement on trade talks with Britain this week under Foreign Minister Motegi”, the official said.

“Otherwise, a trade pact between Japan and Britain may not come into force January 1 next year considering Japan’s political situation”, he added.

The official pointed out that a deal between Japan and the UK coming to fruition would positively impact Britain's ongoing trade talks with other countries.

“For both the Japanese and British economies, we should avoid trade negotiations ‘drifting’ without a broad agreement this week”, he said.

This comes as Japan is about to experience a change in government following the announcement last week that Prime Minister Shinzo Abe plans to step down for health reasons.

Last month, Japanese Foreign Minister Toshimitsu Motegi and the UK's International Trade Secretary Liz Truss agreed to most of the substance of a free trade agreement and pledged to sign the pact in September with it due to come into effect as early as January 2021.

This would be the UK's first trade agreement with another country since its formal withdrawal from the European Union in January this year. Westminster hopes to finalise the UK-Japan deal before Britain the transition period ends in December.

The UK is facing the real prospect of leaving the bloc with no-deal, however. The EU informed London on Monday that there would be no trade deal if the UK tried to alter the terms of the withdrawal agreement.

Some 40 People Injured in Japan Due to Typhoon Haishen - Reports