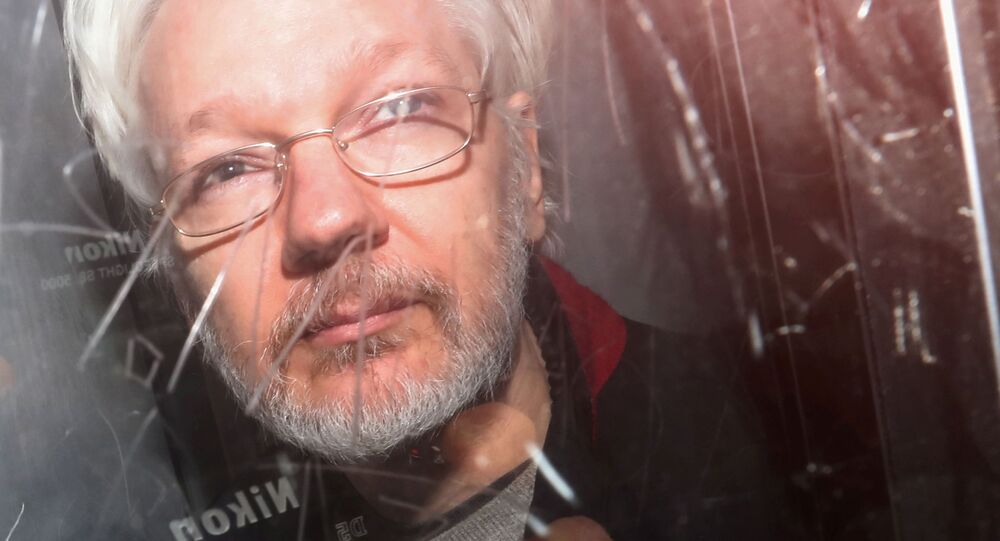 The judge in Julian Assange's case has refused an application from the defence to adjourn the hearing on the basis that they could have sought an adjournment earlier and should have expected that she may ultimately decide to consider the second superseding indictment, despite the fact that it was served out of time.

Kristinn Hrafnsson, WikiLeaks' editor-in-chief, has blasted the decision by Judge Vanessa Baraitser not to permit the defence an extension of time in order to address the second superseding indictment against Julian Assange.

Judge Baraitser explained that Mr Assange's lawyers had the opportunity to seek an adjournment over the last couple of weeks and said that they should not have predicated their strategy on the expectation that she would disallow the second superseding indictment.

"[The] defence have had ample time to return to court to explain that they had [an] insufficient amount of time. They did not do so", Judge Baraitser said.

The defence request to adjourn the hearing followed their unsuccessful attempt to get the judge to "excise" or otherwise ignore the second superseding indictment on the basis that the prosecution had submitted it much too late.

Mark Summers QC, speaking for the defence, asserted at today's hearing that whilst the prosecution is entitled to submit further indictments, there is a principle of fairness involved:

"[W]e’re not saying you can’t ever do this.. what we are saying is that it is unfair to do it six weeks before the extradition hearing is listed... if you are going to do it you are going to have to do it in a manner that is fair to all of the parties and the court. [It] is a matter of timing... [they have done it too late]".

Mr Hrafnsson, who was present in court, told the press outside at the end of the day:

"Let's face it, the Americans have had ten years to prepare this case. Julian's lawyers have been working for a year under the... [first] superseding indictment. Throwing this [second superseding indictment] at the last minute is an absolute insult to the UK courts and to Julian and to justice".

@KHrafnsson, WikiLeaks' editor-in-chief, called the decision not to permit a futher adjournment so that defence can address the second superseding indictment a "gross violation". #JulianAssange pic.twitter.com/aJh4486drv

​He continued calling it a "gross violation" of Mr Assange's rights that needs to be "addressed upon appeal and on every level".

Fidel Narvaez, who used to work as a counsel to the Ecuadorian Embassy in London whilst Mr Assange being granted asylum by Ecuador, also expressed his frustration at the court's decisions during Monday's hearing:

Fidel Narvaez, ex-counsel for Ecuadorian Embassy in London, expressed his dismay that every application made by the defence today was rejected by the judge.#JulianAssange pic.twitter.com/LqWuA9XcC7

​The morning of Mr Assange's substantive extradition hearings focused on technical aspects of the case such as receipt of the latest arrest warrant (since Mr Assange had to be re-arrested following the issuance of the new indictment) and whether or not the public would have the right to hear summaries of witness testimony before cross-examinations commence. Judge Vanessa Baraitser authorised a maximum of 30 minutes for defence witnesses to be "situated" before they are cross-examined, but refused to permit each witness to go over the key aspects of their witness statements as a matter of course.

John Shipton, #JulianAssange's father, gave me an overview of today's extradition hearing outside of the Old Bailey. pic.twitter.com/eycP4V4V6V

Professor of Journalism Mark Feldstein began his testimony towards the end of the day. He explained that the leaking and publishing of national security documents is a phenomenon which goes back to the origins of the United States under its first President George Washington. He said that never before has a journalist or publishing outlet faced criminal prosecution for publishing classified documents due to the protections guaranteed under the First Amendment of the US Constitution. Due to technical difficulties with the video link connection between the court and Mr Feldstein, who was testifying from the United States, the court adjourned with the rest of his testimony expected to continue on Tuesday.

The extradition hearings are expected to last between three to four weeks, during which time witnesses from around the world will be called to testify about matters ranging from journalism, to the CIA-directed spying on Mr Assange and his legal team, to his physical and mental health.