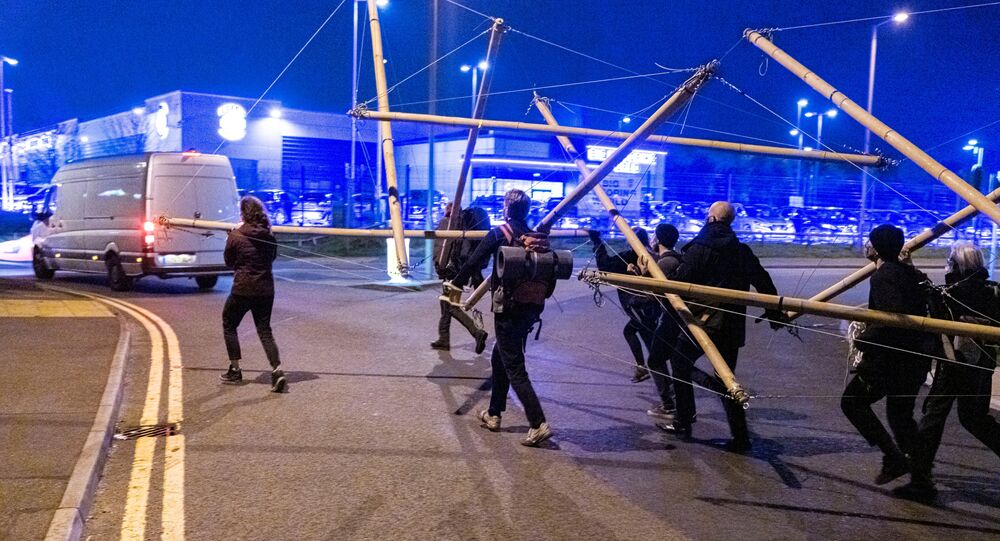 Labour MP Diane Abbott has attacked a crackdown on green protest group Extinction Rebellion (XR), claiming that "direct action" including trespass and vandalism has been legal for over 100 years.

In an interview with Sky News' Sophie Ridge on Sunday programme, the MP for Hackney North and Stoke Newington said it would be "ridiculous" for the government to reclassify XR as a criminal group following Friday's blockade of three printworks which disrupted deliveries of newspapers.

"They're not criminals, they're protesters and activists in the tradition of the Suffragettes and the hunger marches of the 1930s," Abbott claimed.

"It's important to remind ourselves that direct action, which is what those actions were, is actually legal," she said. "These tactics are legal, whatever we think of the people practising them."

"These are legal tactics and we don't want to talk as if it's not illegal (sic) to take direct action, because direct action has been legal since the time of the suffragettes."

Over the weekend it was reported that 77 XR activists had been charged with aggravated trespass over Friday's blockade which targeted conservative-leaning newspapers The Times, The Sun, The Daily Telegraph and The Daily Mail, which they accused of not reporting "accurately" on climate change.

Aggravated trespass is defined as trespassing while intentionally obstructing, disrupting, or intimidating others from carrying out lawful activities. Offenders can be jailed for up to three months of receive a fine of up to £2,500.

"The idea that it is right to damage property or intervene with a free press in the name of progressive protest is, I think, perverse," he said. "Actually, I think it is damaging to the cause of climate change."

"I respect the right of peaceful protest but hijacking that with a militant agenda to disrupt the very heart of democratic debate, which is through a free media, is just totally wrong and we're against it," Raab added. "I think law enforcement action should be taken to preserve our wider freedoms, and they do include a free media."

Some 1,000 British suffragettes, campaigners for women to have the vote, were imprisoned between 1900 and 1914 after refusing to pay fines for direct action including acts of vandalism such as smashing windows.