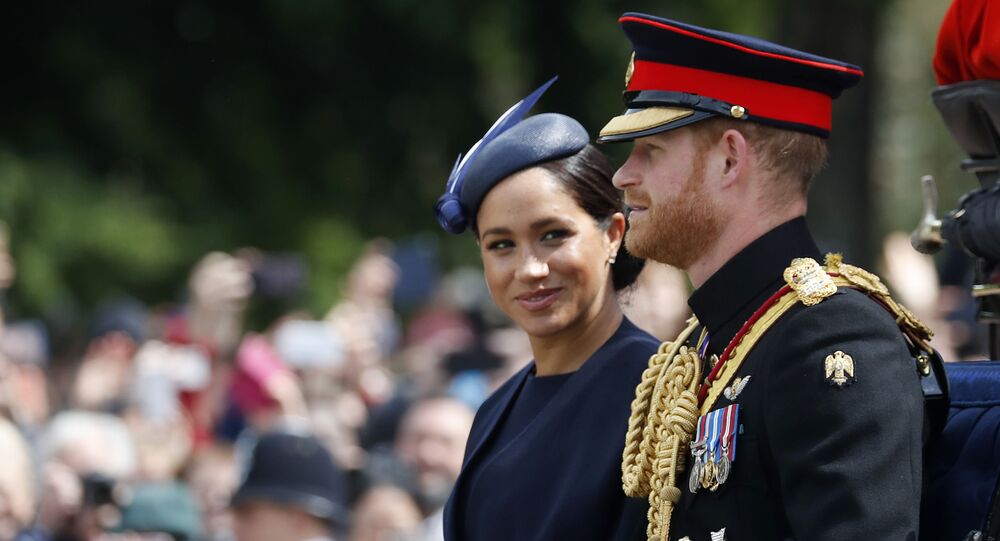 Earlier this week, Prince Harry and Meghan Markle announced that they had clinched a deal with Netflix to create content for making documentaries, feature films, scripted shows, and children’s programming.

Sir Geoffrey Clifton-Brown, deputy chair of Parliament's Public Accounts Committee, has urged Prince Harry and Meghan Markle to use a hefty sum from their deal with Netflix to pay back the money they received to renovate Frogmore Cottage, the couple’s  former home on the Windsor Castle estate in the UK.

Clifton-Brown told The Telegraph on Sunday that he had read “all the facts of the case”, stressing that “clearly anyone who has borrowed taxpayers' cash needs to pay it back as quickly as possible”.

“£2.4m is a lot of money and even if you paid back £250,000 ($332,237) a year it would still take a decade. If the figures associated with the Netflix deal are correct then there is a case for it being paid back over five years rather than more than ten”, he pointed out.

© AP Photo / Toby Melville
Meghan Markle, Prince Harry Reportedly Pitch TV Show Targeting Feminism and Racial Inequality
The Conservative MP also noted that similar sorts of sums “are out of the reach of the vast majority of people in this country who have been trying to make ends meet during the coronavirus crisis”.

According to him, many people “will think that if the couple aren't carrying out royal duties - and are making a lot of money in America, then they should start paying it back sooner”.

The remarks came after Harry and Meghan announced their upcoming collaboration with the streaming giant Netflix to make documentaries, feature films, and TV programmes.

The Mirror cited an unnamed source as saying that the £122 million ($162 million) deal “could include a documentary on Princess Diana” and that it “will work as a tribute to Diana and build on all the incredible charity work she has done”.

After the couple stepped down from their roles as working royals in January 2020, Prince Harry and Meghan Markle moved to Canada and have more recently resettled in California.