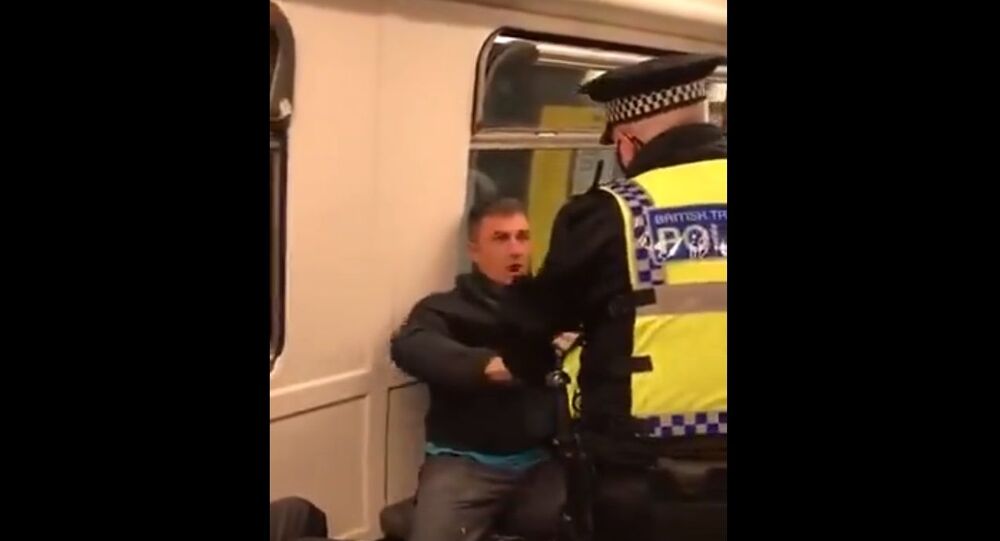 Footage of a transport police officer grabbing and pepper-spraying a man for refusing to wear a face mask on the basis that he is "exempt" went viral earlier this week.

A man has insisted he is exempt from wearing a mask in public during the ongoing coronavirus pandemic after being pepper-sprayed by police and arrested for refusing to wear a face covering on a train, The Sun reports.

On Wednesday, 34-year Anthony Baldwin was approached by a British Transport Police officer while riding the train at Lime Street Station in Liverpool.

Footage of the scuffle between the father-of-five and the officer quickly went viral. Onlookers can be heard defending Baldwin telling the policeman that he had done nothing wrong.

"You're on a power trip here", the person filming tells the officer.

Mr Baldwin insists he is "exempt" from having to wear a mask on public transport before clashing with the officer after being told to wear a covering.

“I've got severe anxiety. In the video the police pull my top over my head and you can actually hear me screaming".

Mr Baldwin claims he began suffering from severe anxiety after the death of his father five years ago and that he suffered from a panic attack after being put in the back of a police van.

He continued saying that he spent 3 hours in hospital following the incident on Wednesday and received a head injury as a result of the interaction with the officer.

Mr Baldwin said he had refused to get off the train on Wednesday because he had an appointment at the time British Transport Police came up to him.

According to official government guidance, anxiety is one of the conditions that can exempt someone from wearing a face covering on public transport.

"The public are asked to be mindful of people who are exempt from wearing a face covering", the website reads.