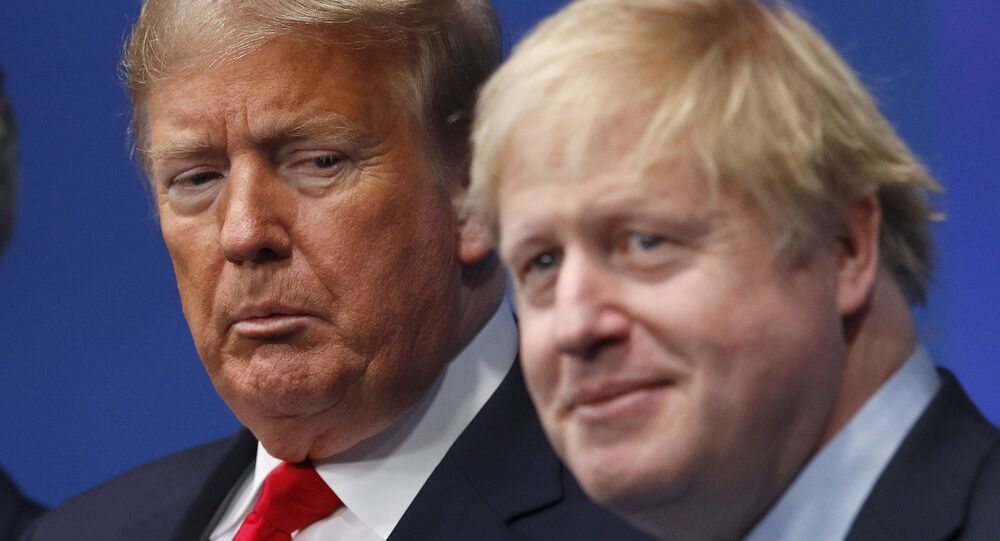 Following his December 2019 resignation from the UK’s most prestigious diplomatic post in Washington, Ambassador Darroch was savaged by President Trump as the “wacky ambassador” also describing him as “pompous” and “a very stupid guy.”

Kim Darroch, the UK’s former ambassador to the US between 2016-2019 has said that Boris Johnson is “fascinated” with Donald Trump and has likely found him to be a source of inspiration.

In his new book serialised in a new interview with The Times, Ambassador Darroch claims that during his visits to Washington as Foreign Secretary under former Prime Minister Theresa May’s government, Mr Johnson had been “fascinated” with Trump, with particular interest shown in the use of the president’s language.

“The limited vocabulary, the simplicity of the messaging, the disdain for political correctness, the sometimes incendiary imagery, and the at best intermittent relationship with facts and truth,” Mr Darroch wrote of Mr Johnson’s interest in Mr Trump.

In his interview with The Times, Darroch was asked whether he believes any of Mr Trump’s qualities have left a lasting imprint on Mr Johnson’s own style of governance.

“From what I hear from colleagues, this government [Johnson’s] pays a lot of attention to presentation, to language,” Mr Darroch answered.

“But if you go back through the current prime minister’s history, he’s often said quite striking things. And he never apologises. So, Boris might have done this anyway, but certainly, having watched Trump in action, he wouldn’t have been put off.”

Darroch claims that for Trump the feeling is somewhat mutual as he considers Johnson “a kindred spirit.”

Mr Darroch has also slammed Boris Johnson by claiming that he was “party” to blame for his resignation from the post of UK Ambassador to Washington in December 2019, after disparaging comments he made about President Trump were leaked.

In July 2019, The Mail on Sunday revealed that Mr Darroch had described President Trump as “inept” and “incompetent” in a number of memos and briefing notes that he had penned for London.

In the classified cables, Lord Darroch cautioned London that the Trump presidency was “uniquely dysfunctional” and that Trump’s career would likely end in “disgrace.”

Following those explosive revelations - unprecedented in the so-called special relationship between the US and UK - Mr Johnson, who was then running for the Tory Party leadership, repeatedly refused to say in TV interviews whether he would keep Darroch in his post were he to win No.10 Downing Street.

© REUTERS / CARLOS BARRIA
'Get Him Out of Here': Trump Ordered UK Envoy's Ouster After Leaked Memos, Ex-Aide Bolton Claims
In his new interview with The Times, Lord Darroch says that he later confronted Johnson and told him that he was partly to blame for the resignation.

“He sounded just like Boris Johnson sounds,” Darroch told The Times of his conversation with Johnson.

“Starting and then restarting sentences. Very Boris. He [BoJo] said: ‘But why did you resign? Wouldn’t it all have blown over after a few weeks?’”

Johnson then allegedly asked if it was his fault that Darroch has reigned, to which the ambassador responded, “in part it was.”