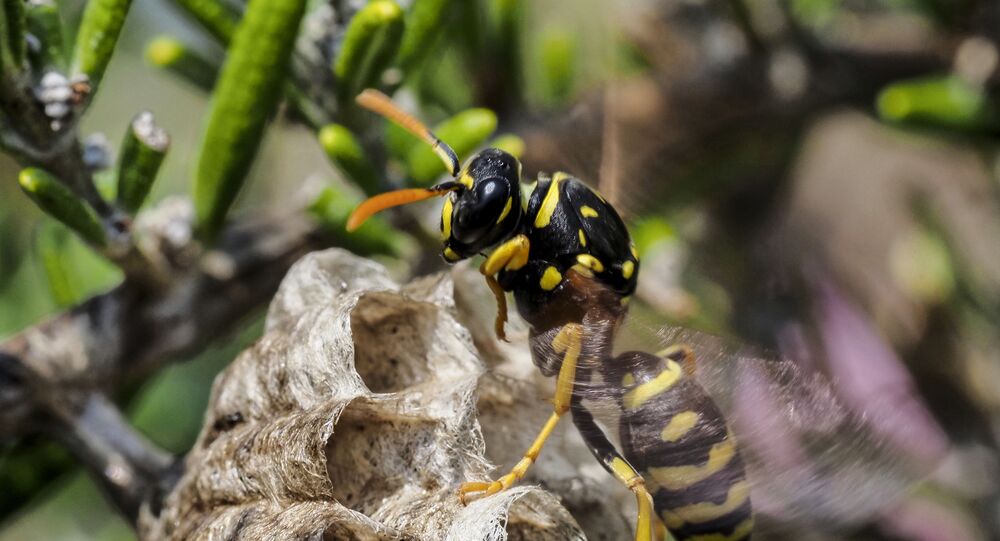 According to specialists, due to the bounty of ripened fruit at this time of the year many wasps will gorge on their fermenting juices, making them "tipsy and extra bold".

Britons are facing an "invasion from Germany", as millions of yellow jacket wasps (Vespula Germanica) have migrated to the country, Metro reported. Those wasps are bigger than usual ones and are believed to be more aggressive, with an ability to give a way more painful sting.

The angry insects live in colonies that can contain up to 10,000 individuals and they are instantly able to send out alarm signals, prompting the nest to assault an intruder.

....but did find this German Wasp (Vespula germanica) peering at me from the undergrowth...! pic.twitter.com/2T1el6kLFN

​The insects may often be "drunk", as they consume fermented fruits, which are in abundance in British gardens during August and September.

The British tabloids have reported that a man from Dorset was "significantly stung" while trying to destroy a nest in his garden using a flamethrower. Another man set his roof on fire after using a blowtorch in a bid to get rid of a colony in Reading, while a third triggered a full-scale emergency in Tidworth, Dorset, by setting off a smoke bomb indoors and going out for the day.