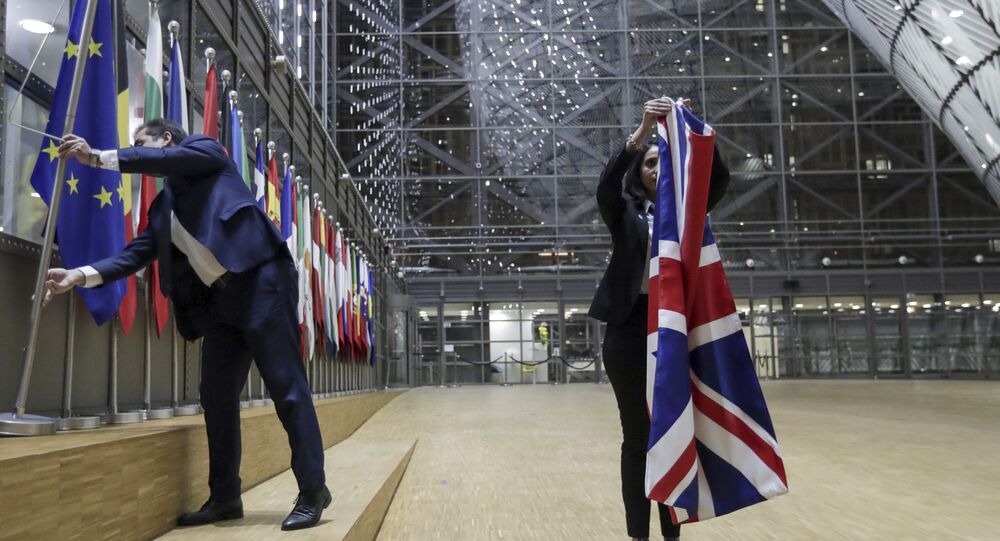 In late July, EU chief negotiator Michel Barnier blamed Britain for failing to show a "due level of engagement" in the post-Brexit trade talks between Brussels and London.

Senior UK government officials were quoted by The Times as saying on Friday that there is only 30% to 40% chance that Britain and the EU will conclude a trade agreement before the end of this year.

The officials pointed to the current impasse in the talks over state aid rules-related issues.

The British government has repeatedly refused to comply with state aid rules, insisting that Brexit's essence stipulates the UK alone deciding its own regulations.

Brussels responded by rejecting the proposal which it claimed would result in the loss of one in three fishing boats in Europe.

The British officials' reported prediction comes a few weeks after EU chief negotiator Michel Barnier voiced his disappointment and concern about the latest round of post-Brexit talks between Brussels and London, saying that "the British negotiators have not shown any real willingness to move forward".

Barnier added that in order to get a deal, Britain should come with "clear and constructive proposals" during the next round of talks scheduled for 7 September in London.

At the same time, the EU chief negotiator said that some progress on technical issues had been made during the talks which must be concluded to have the full legal text be ready by October.

The two sides currently remain at odds over the post-Brexit trade talks as Barnier and his UK counterpart David Frost blame each other for the stalemate.

The EU official insists that a "new dynamism" is needed in the negotiations, while Frost argues that Brussels' proposed deal "contains novel and unbalanced proposals which would bind this country to EU law or standards".

The fishery deal remains the main sticking point of the negotiations which were launched in early March, with the EU seeking to retain access to British waters to fish there.

In May, Frost, for his part, underlined that the UK refuses to treat its fisheries as a bargaining chip in its Brexit talks with the EU. The UK is set to finally exit the bloc's trade and customs regulations on 31 December