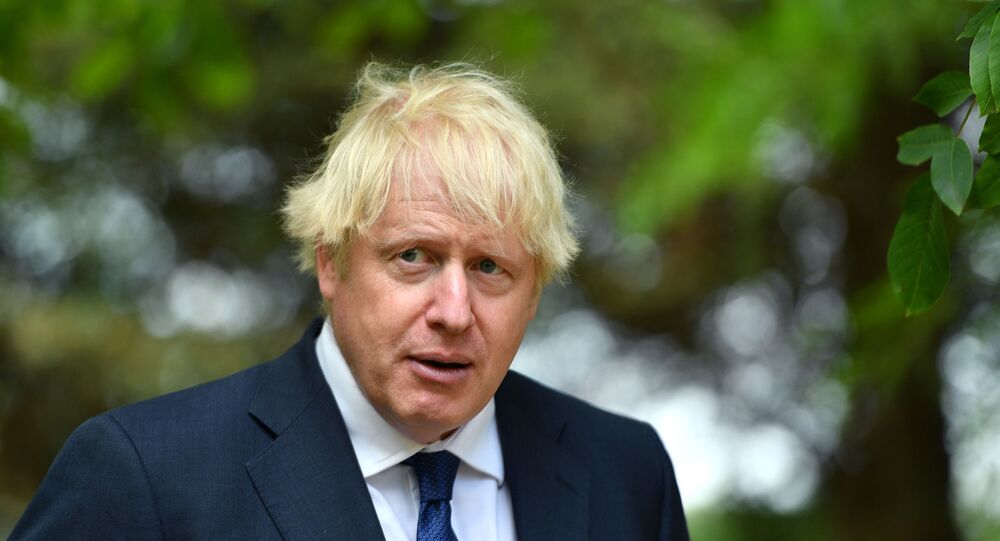 Raising taxes amid the coronavirus pandemic would be completely unjustified, say British economists, arguing that any "business blockers" should instead be cut to re-start the economy. According to them, if the Johnson government resorts to this measure, it will shoot itself in the foot.

Following the weekend's reports about possible tax hikes to patch a huge gap in the nation's budget amid the COVID pandemic, Conservative backbenchers have called upon Chancellor of the Exchequer Rishi Sunak not to introduce the tax burden in his November budget as the move could deal a heavy blow to the already-hit British economy.

On 30 August, The Telegraph alleged that the Treasury could raise £20 billion ($27 billion) through increased capital gains and corporation taxes, resort to pension tax relief cuts, and step up exise duties on fuel among other measures to fix the economy. Besides this, Sunak is reportedly planning to slap a £200 tax hike on Britain’s self-employed. Last month, the Office for National Statistics (ONS) signalled that the UK's public debt had reached £2 trillion ($2.6 trillion), exceeding 100% of gross domestic product (GDP) for the first time since 1963.

"There is no excuse for higher taxes," emphasises British academic and political economist Rodney Atkinson. "The COVID crisis is like a war - the debts of that war must be repaid over decades. In other words, the Government must issue long-term bonds to finance the deficit and the burden must be spread over several generations. In fact, the COVID debts will raise the national debt to about 100% of GDP. After the Second World War, the debt was 200% of GDP, so the situation is nowhere near as bad."

The UK economy must be allowed to recover quickly to re-employ those left unemployed by the COVID measures, according to the economist, who insists that "higher taxes - especially those which are 'business blockers' like business rates and capital gains tax - must be cut, not raised."

"The Capital Gains Tax (CGT) is not index-linked like income tax, so on long-held assets it is the same as a confiscation of property," he elaborates. "The idea of compounding this nonsense by raising CGT rates would be a further attack on economic logic and the government's own supporters."

At the same time, he does not rule out that some taxes "should be raised": "the corporate tax is far too low at 19% - lower than the tax on the poorest workers", he notes, recollecting that recent governments "have sacrificed over £12 billion ($16 billion) in annual revenue to reduce corporate taxes". Besides this, many unjust tax loopholes could also be removed, according to him.

"Totally 'unearned' gambling winnings including the National Lottery prizes should be taxed. There are also many who claim self-employed allowances who are not really self-employed - but work for major companies and even public sector organisations like the BBC! Their allowances must be cut," Atkinson suggests.

On top of this, while some taxes can be raised, the main contribution must come from lower government spending over time, he emphasises.

Tax Hikes Will Hurt Everyone

It's hard to see how the aforementioned possible tax increases could be justified, agrees UK-based economist Andrea Trunzo. According to him, "many millions of employees would be hit directly by other measures like pension cuts, an increase of capital gains tax and fuel duties, or by the new online sales tax, to name a few."

Though the measure in question is regarded to be targeting mostly "the rich" it would actually hit every British social strata, according to the economist.

"Changes to pension relief may not impact the economy in the short-term because it takes time to implement them," Trunzo observes. "Corporation tax and capital gains tax increases are more worrying because they can be adopted quickly, and they can lead to unintended consequences. For instance, some of the measures apply to sales of properties. How that is going to play out in the middle - or in the aftermath - of a pandemic is unclear."

However, the question arises as to what the major goal behind the tax hikes is, Trunzo points out:

"What’s the goal? Growth? I can’t see how those measures can support growth: fuel duty increases, pension relief cuts or higher corporation tax don’t boost business, don’t support growth. A reform? The Treasury is not trying to reshape taxation. They are working on a few, selected measures to modify rates and apply other changes. Revenue? It’s not clear why the Treasury suddenly needs more revenue if the budget is not out of control and not far from official forecasts, like those by its OBR – Office for Budget Responsibility."

However, Karim Raffa, the director of strategy and ventures at DIGI Group, holds an opposing view: according to him, an increase in taxes may seem like the only measure available.

"In any other situation, a country may raise national debt by selling treasuries; however, with the whole world affected by this virus, we're short of buyers", he explains.

Like Rodney Atkinson, he takes a walk down memory lane and points out that during the Second World War the US government had to suddenly deal with a massive increase in public debt and it solved the problem by implementing income tax across a broader segment of the population.

"The effects of COVID-19 are felt worldwide, in developed and developing countries alike; though it has been felt very differently across socio-economic groups", Raffa says. "Taxation will play a primordial role in assuring access to basic goods and services. Everyone will feel an increase in taxes. It's the monetary tool of last recourse used by governments in times of crisis".

It appears that some politicians and officials who pushed ahead with the tax increases are "overreacting" to the crisis, Trunzo presumes, warning that the majority of voters will not "appreciate or tolerate" those measures.

"[These measures] clash with the expectations set by the Conservatives during the last general election, and they hit millions of taxpayers," the economist highlights. "It’s a terrible mix, politically toxic. I suspect that many members of the parliamentary party will show opposition in an attempt to prevent the adoption of any tax increase."

Rodney Atkinson echoes Trunzo's concerns: "Any general raises in personal or business taxes for individuals under the guise of the COVID crisis will be rightly seen as nothing more than socialist confiscation of personal property and income," he stresses.

No Conservative Government can do that and survive, the academic underscores, recollecting that Boris Johnson has already lost a 26% opinion poll lead which is "an unprecedented fall for any government".

"The Conservative Party has famously pledged not to increase income tax, National Insurance, or VAT", notes Karim Raffa. "In times like these, these promises will give them very little fiscal room for manoeuvre".

According to the Opinium poll, which was conducted between 26 and 28 August, the popularity of Boris Johnson’s party has significantly diminished over the past five months. Now, the Tories and Labour are "neck and neck" for the first time since mid-2019, the pollster admits.

The Conservatives and Labour are neck and neck in the polls for the first time since mid-2019 pic.twitter.com/HUR1ZbrqOr

​The Conservative party had enjoyed a double digit poll lead since Johnson became prime minister in July 2019. However, Johnson's handling of the coronavirus pandemic has sent the Tories' approval rates down.

While Chief Secretary to the Treasury Stephen Barclay earlier declined to comment on the reports envisaging tax hikes, UK top economists told the parliament’s Treasury Select Committee on 1 September that tax burdens have to be raised in the coming years to return the UK's public finances "to a sustainable footing over time". However, tax increases are not likely to happen for at least another 18 months, Paul Johnson, a director at the Institute for Fiscal Studies (IFS), told MPs, as quoted by Yahoo Finance.

UK Housing Market Bounces Back With Prices at All-Time High