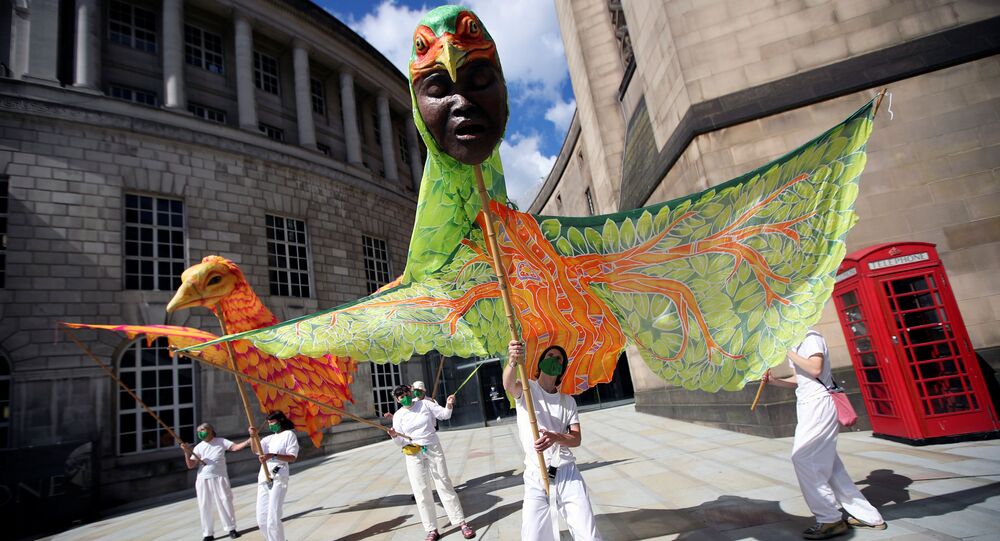 LONDON (Sputnik) - Hundreds of people have gathered in front of the UK Parliament in Central London on Tuesday as the environmental group, Extinction Rebellion (XR), begins two weeks of disruption across the United Kingdom.

XR protesters said the sit-in demonstration at Parliament Square is aimed at pressing lawmakers and the government to take direct actions on climate change.

They said they intend to be on the streets until parliament passes a Climate and Ecological Emergency Bill, a private member's bill written by scientists, lawyers and activists.

​The environmental group, whose protests last year brought Central London to a standstill for several days, has been out of the streets for the last five months due to the COVID-19 lockdown.

Activists taking part in Tuesday's demonstrations have been encouraged to wear face masks and respect social distancing measures, despite current restrictions not allowing public gatherings of more than 30 people.