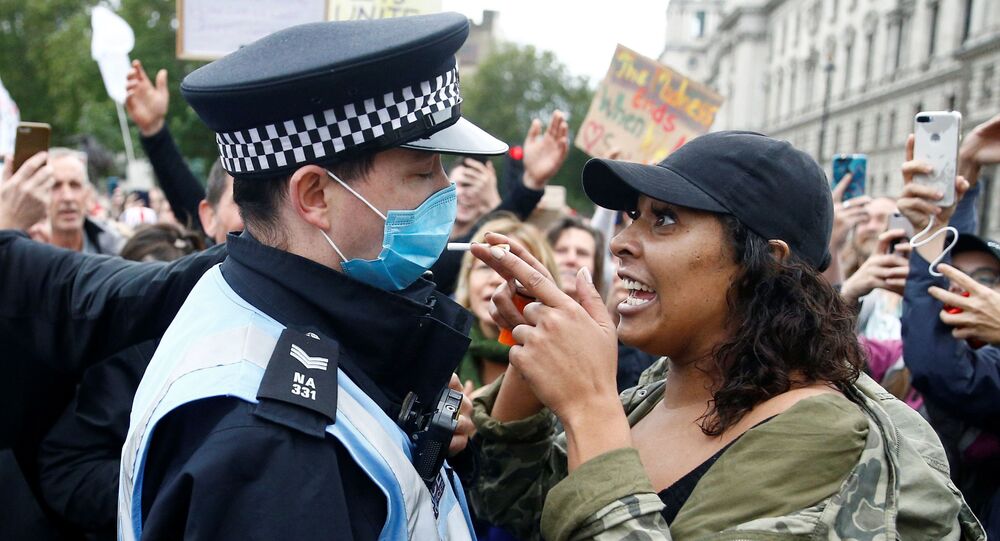 LONDON (Sputnik) – Media reports saying the UK government is planning to hike taxes in November to cope with the economic crisis prompted by the COVID-19 pandemic have unleashed strong criticism from economic and political circles in the United Kingdom.

Reacting to the reports published on Sunday by the Telegraph and Sunday Times, the director of the British Chambers of Commerce, Adam Marshall, said he was very concerned about the news, and warned that if such rumors are true, it would be a “really damaging mistake.”

“I very much hope this is the Treasury flying kites rather than settling policy, because we do not want to make a choice between a strong recovery with lots of investments and risk-taking by business people, or a short-term repair of the public finances,” Marshall told Times Radio.

“The economy is in a fragile state & pushing tax up is very unwise. It could dampen economic recovery and significantly reduce tax takes,” it added.

Even some lawmakers from the ruling Conservative Party have also voiced their concerns over the possibility that the government is planning to increase taxes to help the economy recover from a fallout that saw the UK’s public debt hit more than £2 trillion ($2.7 trillion) in August.

“Tax rises are the wrong response to the current situation and Number 10 @BorisJohnson is right to resist them if the Sunday papers have the story right. We need to help the economy not strangle it. These mixed messages are in themselves damaging and must stop,” lawmaker Marcus Fysh wrote on Twitter.

The Guardian also cited former cabinet minister John Redwood as saying: “You cannot tax your way to faster growth and more prosperity. We need policies to promote more jobs and activity to get the deficit down.”

The UK government has not released any official statement so far on the media outlet's speculations regarding an eventual plan to raise £20 billion ($26.6 billion) through a tax hike.