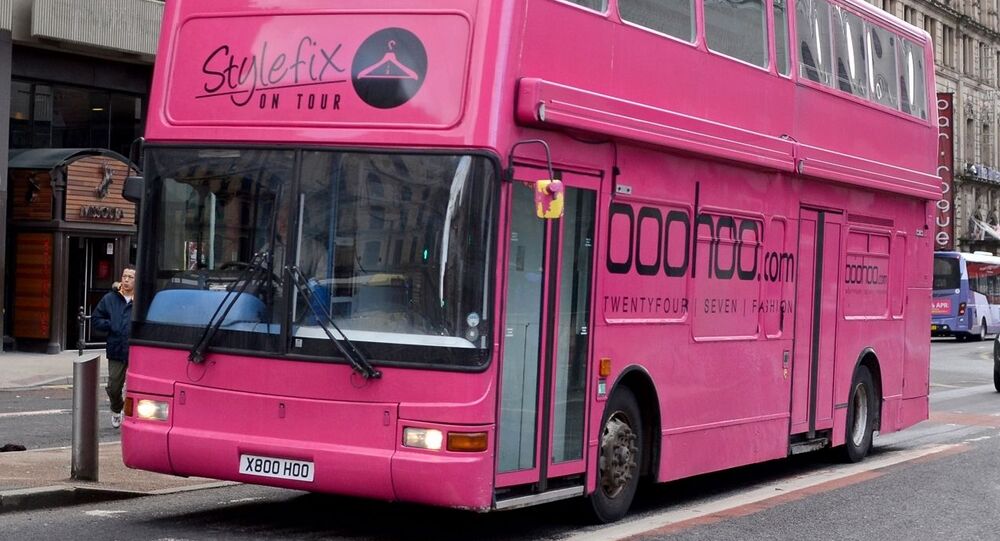 Early last month, The Sunday Times reported that workers at a Boohoo factory in Britain’s city of Leicester were earning as little as £3.50 an hour, even though the minimum wage in the UK for employees over 25 is £8.72.

A Guardian probe has revealed that the online fashion retailer Boohoo has been selling clothes made in at least 18 factories in the UK city of Leicester, and that their administration failed to prove that they pay the minimum wage to workers.

The investigation dealt with third-party audit reports that have been issued over the past four years.

The documents pointed out a spate of “critical” issues pertaining to part of Boohoo’s Leicester factories, where workers were allegedly paid £3-£4 an hour. The minimum wage in the UK for employees over 25 is £8.72.

The audit reports also included allegations about “inadequate health and safety policies, fire safety issues, missing or expired 'right to work' documents, [as well as] non-payment of furlough money and no records of holiday pay”, according to the probe.

MP for Leicester East Claudia Webbe described the results of the inquiry as something that reflects “an unforgivable breakdown of our basic social contract”, urging Boohoo to immediately release a complete list of its suppliers in the city.

Boohoo, in turn, responded by claiming that the documents seen by The Guardian “appears to be a selection of commentary from a limited number of the third-party audits that have been completed”.

At the same, the retailer cited its own probes which “have highlighted similar issues” related to “a small number of manufacturers” singled out by The Guardian investigation, adding that orders with them were quickly suspended.

Boohoo underscored that it was “deeply concerned by these findings”, but made it clear that before the completion of its own inquiries and an independent Queen’s Council (QC)-led review, “it would be inappropriate for us to comment further”.

Eight of the 18 Leicester factories have meanwhile rejected some or all of the report claims set out in the audits, while the other 10 have not commented on the matter yet.

© REUTERS / James Akena
Boohoo Online Fashion Brand Founder to Launch COVID-19-Testing - Reports
The Guardian probe comes after the Sunday Times published a report in early July claiming that workers at a Boohoo factory in Leicester were earning as little as £3.50 an hour.

The company, for its part, thanked the newspaper for bringing their attention to this issue, pledging a probe and stressing that the alleged conditions for workers in the Leicester factory are “totally unacceptable and fall woefully short of any standards acceptable in any workplace”.