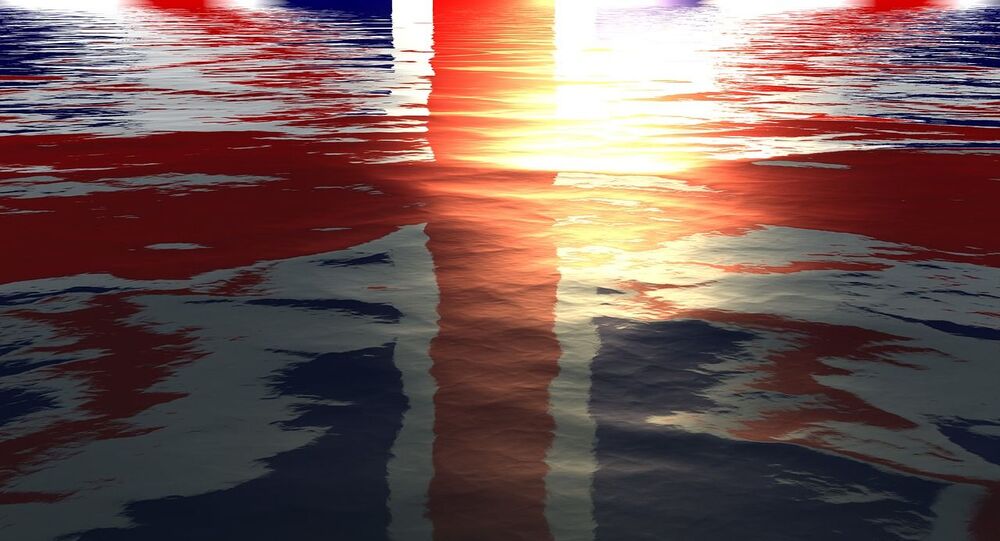 ‘Rule Britannia’ to be Sung at Next Year’s Proms, as BBC Opts for Upcoming Orchestral Version

Earlier reports had claimed that patriotic songs like “Rule! Britannia” and “Land of Hope and Glory”, a favourite on the BBC’s Last Night of the Proms, may soon be scrapped from the line-up amid rising Black Lives Matter protests and anti-colonial sentiment.

The BBC has confirmed that traditional anthems including “Rule! Britannia” and “Land of Hope and Glory” will be sung at the Proms as normal next year, while an orchestral version has been chosen for the Last Night of the Proms on 12 September, reported The Independent.

Earlier reports claimed the BBC was mulling banning the imperial songs from the setlist of Last Night of the Proms over perceived links to slavery and colonialism.

However, the broadcaster later explained that a decision had been taken to discard the lyrics under the current circumstances as there will be no live audience amid the COVID-19 pandemic.

“For the avoidance of any doubt, these songs will be sung next year. We obviously share the disappointment of everyone that the Proms will have to be different but believe this is the best solution in the circumstances and look forward to their traditional return next year,” said a spokesman for the BBC.

Recent media reports triggered speculations that banning the songs, which have traditionally wrapped up the Proms at the Royal Albert Hall in Kensington, West London, was being considered by the BBC.

The suggested move was seen as being driven by concerns over their apparent links to colonialism and slavery.

Dalia Stasevska, from Finland, who is conducting the Last Night this year, with soprano Golda Schultz and the BBC Symphony Orchestra performing, was believed to advocate the removal of much-loved staples like Land of Hope and Glory and Rule Britannia from the setlist.

The Times had cited a BBC source as suggesting Stasevska was a staunch supporter of Black Lives Matter and sought to provide a more inclusive spectacle this year amid months of sweeping protests against racism and symbols of UK colonialism.

The BBC, however, has stated that it deplores “unjustified personal attacks” on social media on Stasevska amid reports implicating her in the removal of the songs.

“Decisions about the Proms are made by the BBC, in consultation with all artists involved,” said the BBC.

During a visit to Devon this week, Johnson was quoted as saying:

“I just want to say... if it is correct… that the BBC is saying that they will not sing the words of Land Of Hope And Glory or Rule, Britannia! as they traditionally do at the end of The Last Night Of The Proms… I think it’s time we stopped our cringing embarrassment about our history, about our traditions, and about our culture, and we stopped this general bout of self-recrimination and wetness.”

Outgoing BBC director Lord Tony Hall acknowledged that the issue of the songs had been discussed, and insisted the right decision had been made.

“The point is they’ve come to the right conclusion, which is it’s very, very hard in an Albert Hall that takes over 5,000 people to have the atmosphere of the Last Night Of The Proms, where a whole audience normally sing along,” he said.

“It’s quite hard creatively and artistically to make that work. I think they’ve come to the right conclusion,” added Lord Hall.

'Rule Britannia' and Other Patriotic Songs Could be Dropped from Proms Over BLM Protests, Media Says

‘Rule Britannia’: Scandal in UK Escalates as Emperial Songs May be Banned From BBC Proms as 'Racist'