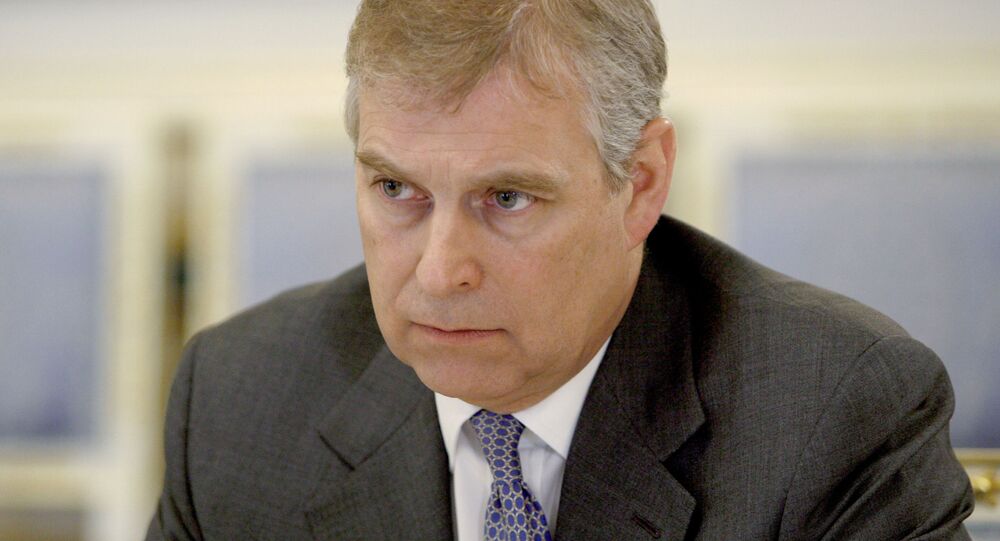 Embattled Prince Andrew, known to have been friends with convicted sex felon Jeffrey Epstein, stepped down from royal public life in November 2019 in the wake of his disastrous BBC Newsnight interview, which had unleashed a torrent of criticism at him over his lack of perceived empathy for the late billionaire’s victims.

Prince Andrew's accuser Virginia Roberts Guiffre claims that before she was purportedly forced to have sex with him, the royal compared her to his daughters, Princesses Beatrice and Eugenie, writes the Mirror.

In a new documentary series, Surviving Jeffrey Epstein, Giuffre, who previously alleged she was groomed and trafficked for sex by convicted felon Jeffrey Epstein and his lover Ghislaine Maxwell from the age of 15, says:

"Before he abused me, when we just met, Ghislaine does this guessing game and he guessed right, I was 17 and he compared me to his daughters, saying, “Oh, my daughters are a few years younger than you.'”

In a clip from the series, released ahead of the programme screened on the Crime+Investigation channel with a double episode on 25 August, followed by the third and fourth parts on 26 August, the woman added:

"Prince Andrew is not the prince from the fairy tale stories you read. Andrew deserves to be outed. He deserves to be held accountable. He's an abuser."

Giuffre, who was at the time an aspiring masseuse, opened up about the first time she massaged Epstein, saying:

“The massage seemed legit at first… They said take off your clothes. I had these little girl undies on, like hearts on them, I remembered and they were laughing at that because they liked that,” says the woman.

Epstein’s alleged victim Giuffre has been claiming that she was trafficked by the paedophile financier and forced into intimate relations with Prince Andrew on three separate occasions, including when she was 17.

The Duke of York, who found himself embroiled in a web of scandal around Jeffrey Epstein's sex-trafficking network of minors, has always categorically denied he has had any form of sexual contact or relationship with Giuffre.

The Prince, 59, was forced to step back from royal duties following growing backlash in the wake of his BBC interview about his friendship with the US financier.

English aristocrat Lady Victoria Hervey, a former friend of Prince Andrew and Ghislaine Maxwell, says on the programme that association with the tycoon was a form of escapism for the royal.

"Jeffrey definitely enjoyed the idea of being friends with the Queen's son and Prince Andrew had just gone through a divorce. There's this American billionaire that wants to fly him around the world and introduce him to people, and it was probably an escapism, really, for him," says the English model and socialite.

Journalist Christopher Mason, also a former friend of Epstein’s confidante Maxwell, said he once bumped into her and Prince Andrew while walking along Madison Avenue in New York.

"He told me that he was staying at Jeffrey's townhouse. That kind of fascinated me. It just seemed like a kind of perfect instance of the kind of people that Jeffrey was hanging out with," says the TV host of Behind Mansion Walls.

Billionaire Jeffrey Epstein was arrested in July 2019 on charges of trafficking underage girls at his New York and Florida estate. The disgraced financier faced a prison sentence of up to 45 years when he was discovered dead in a prison cell on 10 August 2019.

His ex-girlfriend and alleged co-conspirator Ghislaine Maxwell was arrested in July 2020 and charged by federal prosecutors in New York City with four counts of procuring and transporting minors for illegal sex acts and two counts of perjury. The socialite, who denies all the charges, is currently awaiting trial in the US.