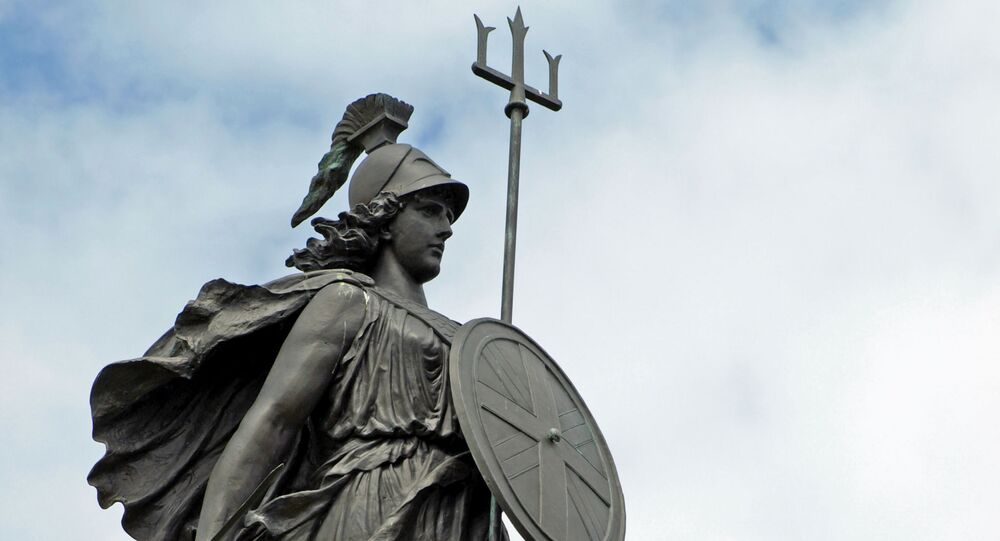 ‘Rule Britannia’: Scandal in UK Escalates as Emperial Songs May be Banned From BBC Proms as 'Racist'

Earlier it was reported that British patriotic songs such as “Land of Hope and Glory” and “Rule Britannia” could be dropped from the setlist of the Last Night of the Proms amid Black Lives Matter protests and anti-colonial sentiment.

The scandal over whether such popular patriotic songs as Rule Britannia and Land of Hope and Glory should be scrapped from the setlist of Last Night of the Proms in three weeks' time spiraled further, as the centuries-old anthems were pronounced 'racist propaganda’ in a debate on ITV's Good Morning Britain on Monday.

The BBC is reportedly considering dropping the songs, which have traditionally wrapped up the Proms at the Royal Albert Hall in Kensington, West London, from the concert slated for 12 September.

The possible axing of the songs is said to be driven by concerns over their apparent links to colonialism and slavery, amid heightened awareness of the issues in the wake of the Black Lives Matter protests following the death of black man George Floyd at the hands of US law enforcement.

Critics of the mulled move have slammed the BBC for pandering to political correctness.

The earlier reported possible removal of the two songs from the programme of the Last Night of the Proms ignited a heated debate on ITV's Good Morning Britain on 24 August.

Freedom of speech campaigner Inaya Folarin Iman ridiculed criticism of the two songs as 'absurd', adding that they bring 'a lot of people joy and happiness'.

Kehinde Andrews, a black studies professor at Birmingham City University, lambasted the line “Britons never, never, never shall be slaves” from Rule Britannia as “racist propaganda” hailing to a tie when “Britain was the leading slave trading nation in the world”.

Inaya Folarin Iman, however, blasted Andrews for a “one dimensional view of Britain”, adding:

“He sees it as a land of racism and hate and all of these things, that's completely and fundamentally divorced from what most people believe to Britain. We recognise that it has a complex history full of horror and terror but also triumph and uplifting things. I think we need to teach history holistically and not try and teach a narrative of cultural self-loathing, which I think is very divisive.”

The campaigner also argued that currently a lot was being done in the names of ethnic minorities, when “that's simply not how they feel”.

“The lyrics are just so offensive, talking about the 'haughty tyrants' – people that we are invading on their land and calling them haughty tyrants – and Britons shall never be slaves, which implies that it's OK for others to be slaves but not us… If the BBC are talking about Black Lives Matter and their support for the movement, how could you possibly have Rule Britannia as the last concert – in any concert?” Nwanoku was cited as saying by The Guardian.

The Proms During Pandemic

Due to the COVID-19 pandemic, London's Royal Albert Hall during the 125th annual Last Night of the Proms concert will be conspicuously empty of crowds.

The Proms, or the BBC Proms, more formally known as the Henry Wood Promenade Concerts, founded in 1895, is an eight-week summer season of daily orchestral classical music concerts and other events held annually.

This year coronavirus restrictions such as social distancing have resulted in live audiences being banned, with Finnish conductor Dalia Stasevska reported as suggesting this year's ceremony was “the perfect moment to bring change”, according to the Sunday Times, citing BBC sources.

“Dalia is a big supporter of Black Lives Matter and thinks a ceremony without an audience is the perfect moment to bring change,” said the outlet.

The reports of the possible banning of the songs sparked indignation among some politicians and campaigners.

🇬🇧 What a load of... this is a chance for @BBC bosses to prove they have ventured outside the M25 and understand the British people... rather than just campaign groups and lobbyists in London. 😤https://t.co/jVWEnHDbJT #SilentMajority #ForgottenPeople #LandofHopeandGlory

​Conservative MP Paul Bristow tweeted that the BBC “no longer had anything in common” with ordinary people paying their licence fees.

It really pains me to ask this question, but is it time to put the BBC out of its licence fee misery? It must be painful for them to be funded by millions of people it no longer has anything in common with? https://t.co/W6jv444wL2 via @MailOnline

There has not yet been any confirmation from the BBC regarding the reported plans to scrap the “offensive” songs from the playlist.

“We are still finalising arrangements for the Last Night of the Proms so that we are able to respond to the latest advice in regards to Covid-19 and deliver the best offering possible for audiences. Full details will be announced nearer the time,” said a BBC spokesperson cited by the outlet.

'Rule Britannia' and Other Patriotic Songs Could be Dropped from Proms Over BLM Protests, Media Says