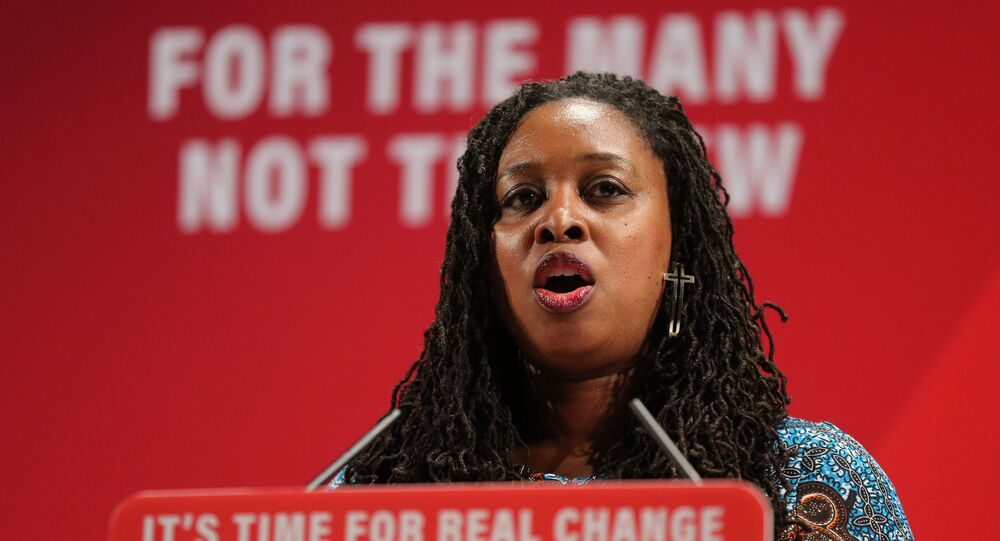 The development comes amidst an increasingly polarised debate over police attitudes toward minority ethnic groups in the UK. A recent poll by the charity, Hope Not Hate, found that 65% of British BAME (Black, Asian & Minority Ethnic) individuals believe that the police are biased against them.

Che Donald, the national vice-chair of the Police Federation. has written in an op-ed for the Telegraph that he does not believe the British police are “institutionally racist” despite an explosion of arguments saying that they are following the recent vehicle stop of black Labour MP, Dawn Butler.

Ms. Butler, a shadow equalities minister under the former Labour leadership of Jeremy Corbyn, tweeted that she and a black male friend had been driving through Hackney in London on the afternoon of Sunday, August 9, when they were stopped by police.

The police claimed that they stopped Ms. Butler's car because they were carrying out routine vehicle searches in the area due to "gang and knife crime." The officers said that they searched the license plate of the car in their electronic system and it revealed that the vehicle was registered to another part of the UK, therefore they wanted to carry out a stop and search to ensure that nothing was amiss.

Ms. Butler recorded a video of the confrontation with the officers on her phone. She can be heard in the video saying to the police officer, "it is really quite irritating. It's like you cannot drive around and enjoy a Sunday afternoon whilst black, because you're going to be stopped by police."

The officer responds by saying, "I appreciate everything you say and I do apologise for wasting your time."

She and others went on to accuse the police of “obvious racial profiling” and “institutional racism.”

The leader of the Black Police Association this week backed up Ms. Butler, declaring that the incident was “rooted in a biased system that views black people as criminals or drug dealers.”

In his op-ed, Che Donald, who is mixed raced, has hit back, writing that the body-camera footage of the policeman involved in the incident shows that he was “professional and courteous.”

Mr Donald wrote that, “because of the nature of the stop, the profile of the occupant and the media coverage, the focus of debate has been on the officers, rather than on whether the incident itself was legitimate, proportionate and without prejudice or bias.”

“When we start to review incidents in this way, seeking to further the proposition that the police are guilty of racial profiling or institutional racism, it is inevitable that personal interpretations will play a role, whether they are supported by the evidence or not,” he added.

Mr Donald, who claims to have experienced racism growing up in South Africa, added that, “I do not personally take the view that policing is institutionally racist, yet I do believe that we should do far more to address the policies and procedures which create the perception that it is.”

Following the incident in early August, The Metropolitan Police issued a statement saying that it would not have been possible for the police officers who stopped Ms. Butler to know that her and her friend were black, because their car’s windows were tinted.

“The officers who undertook the stop were from the violent crime taskforce and were in the area as part of our proactive work to protect communities from violence. Criminals often use vehicles to travel in and to commit crime, therefore officers will often check cars to see if there is anything that requires them to stop it and do further checks.”

Sir House then went on to attack “the increasingly routine trial by social media,” slamming it as “unfair and damaging to individual officers,” noting that, “it has the potential to undermine the role out communities need us to do to protect them and keep them safe from violence.”