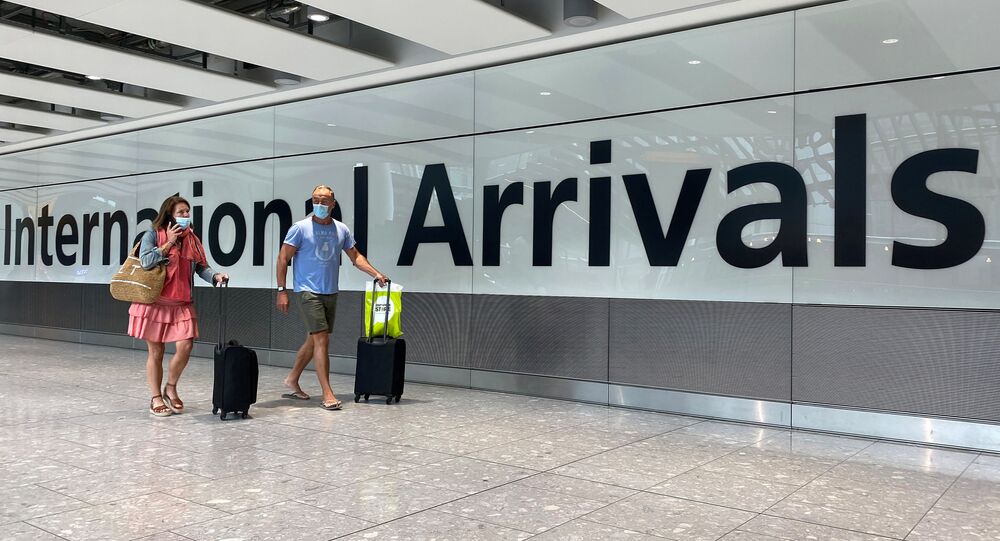 The offer by Heathrow’s testing facility, which is yet to be rolled out, has been described “as yet another example of rip-off Britain” by commentators online.

David Evans, Joint CEO at Collinson – an aviation services company working together with Heathrow and the logistics firm Swissport – said in a statement on 19 August that a new facility has been created in Heathrow Terminal 2.

"This T2 facility can process a volume of 13,000 tests a day, which can scale further with demand. We know the logistics work needed and are ready to go with the tests. All we need now is Government buy-in that those with negative tests will be released early from quarantine.”

Evans also said in an interview that the price for the test is £150, paid fully by the passengers. If the operation scales up, the price “may come down in the future,” he added.

David Evans says the price may come down with increased testing, and that he is confident the tests are reliable.

​Following testing upon arrival in Heathrow, passengers would then undergo a secondary confirmatory test a few days after the initial check.

Reacting to the announcement and the price tag on the Covid-19 test kit, Twitter users fumed about the expensive solution to the 14-day quarantine many have to undergo upon their arrival to Britain.

Some even noted that the test could be more expensive than the flight.

So £600 for a family of four? Yet another example of rip-off Britain. They're free in Germany.

The testing procedure offered by Heathrow will see Collinson nurses on site to assist in taking a swab within the facility, “which will then be Swissport staff to a specifically dedicated Collinson biotech lab near Heathrow. The tests will be transported using the same protocols as the NHS uses for home swab tests.”

We think £150 is far too expensive for tourists & especially Britons returning home. There needs to be a better cost effective system in place. Tests are available 'free' from the NHS direct, which travellers could be mandated to apply for on return home. Let's get a govt U turn.

​"Testing will not only avoid the 'quarantine roulette' that so many passengers faced in Spain and France, it will also open up flights to key trading partners such as the US, Canada and Singapore. The government’s own research shows that a double test has a high level of accuracy in screening for COVID. This facility is an oven-ready opportunity to see how Britain can safely reopen for business, as other countries are doing,” Heathrow CEO, John Holland-Kaye, said.

That won't work, when a test is more expensive than a flight.. 🙄

​Last month, Holland-Kaye called on the UK government to consider alternatives to the 14-day quarantine rule.

Provided Downing Street grants its support, the pilot of the new testing procedure could be available as a private service to anyone with a flight landing in Heathrow Terminal 2, and within a few weeks for those arriving in Terminal 5, according to the latest statement.