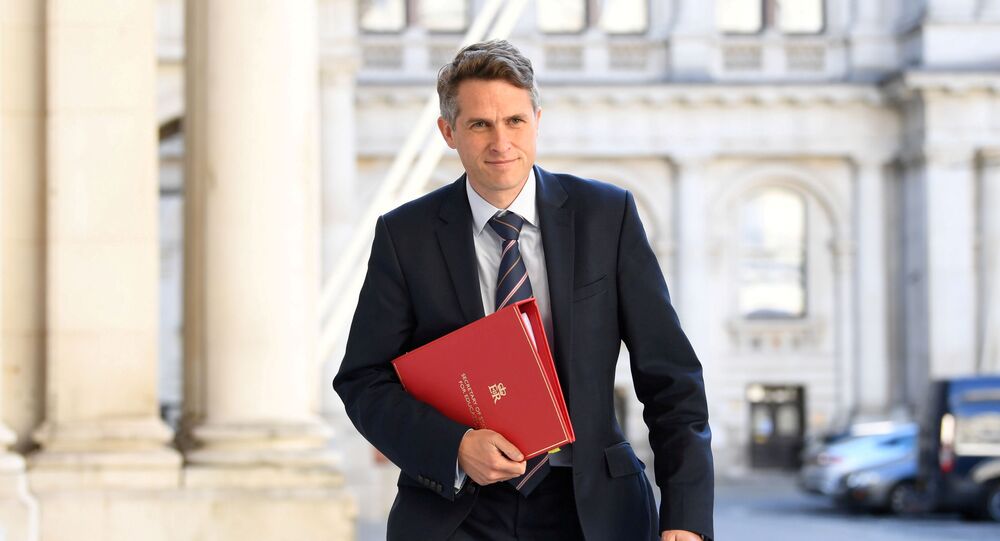 UK Education Secretary to be Sacked at Next Cabinet Reshuffle, Tory MP Suggests

The British government has become the subject of criticism in recent weeks following a controversy that saw the exam results of students across the country reduced from their original predicted grades.

A senior Tory MP suggested on Monday that Education Secretary Gavin Williamson could be removed at the next Cabinet reshuffle, following controversy over a major government U-turn over exam results.

Former minister George Freeman said that Westminster's handling of the regrading scandal involving A-level and GCSE grades behind reduced is a "total shambles".

"Ultimately, the Prime Minister is in charge. And I think he will want to take firm control of this and get a grip and show that his Government is taking the life chances of a generation of children seriously", he said when asked if Williamson should be sacked. “I'm told the Prime Minister's planning to reshuffle in the autumn, and I dare say he wants to take everything into account".

Speaking to Times Radio, Mr Freeman said people were baffled that the Government got the exam issue so wrong after months of preparation.

“This was obviously going to be an issue back in March, it was clear to anyone with any experience of schools or children that there was going to be a problem: how are we going to handle the exams?", he said.

This follows an apology by the Education Secretary after a large U-turn by the Government which will see thousands of A-level students in England increase their grades after allowing them to keep their original predicted grades.

Mr Williamson accepted that the system saw “significant inconsistencies” that could be addressed through appeals.

“I am sorry for the distress this has caused young people and their parents but hope this announcement will now provide the certainty and reassurance they deserve", he said.

The move came after widespread complaints from students and headteachers as well as Tory MPs, the original assessments from teachers’ will replace the grades received under the controversial algorithm devised by Ofqual.

Ofqual’s chairman Roger Taylor also issued a statement on Monday acknowledging that the exam regulator went down the “wrong road”.

Exams were cancelled due to the coronavirus and social distancing measures.

Prime Minister Boris Johnson and Mr Williamson had issued prior defence to the system, that they described as “robust”, yet saw 40% of students from state schools see their grades reduced from the original predictions - while private school students saw their grades increase.