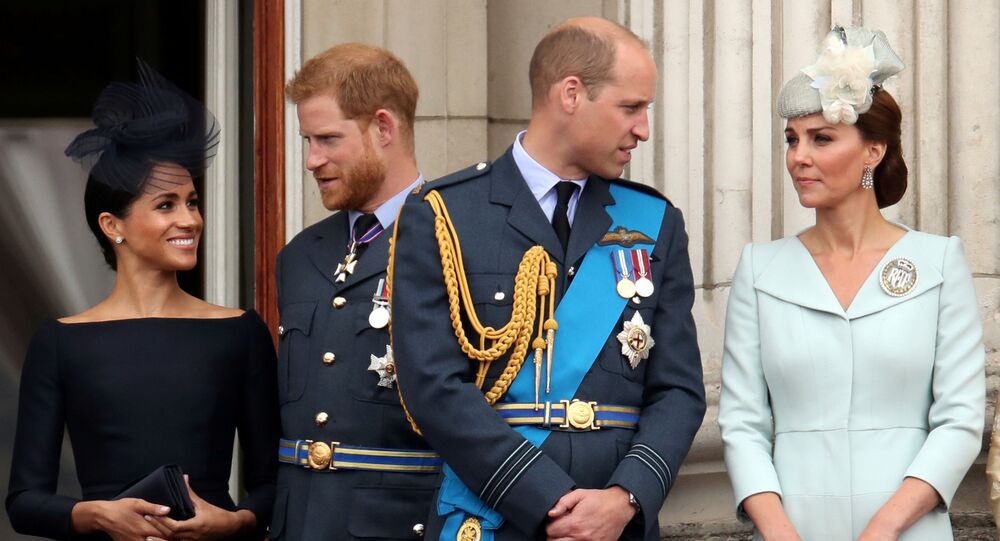 ‘Finding Freedom’, a new tell-all memoir about the Royals, written by American authors Carolyn Durrand and Omid Scobie has revealed saucy details about Meghan Markle’s experience within the royal family.

According to one of the book's authors, Omid Scobie, Princes William and Harry cut communication for two months after Harry and his wife Meghan Markle announced to the public their decision to part ways with the Royals.

Scobie claimed that the brothers stopped speaking around the time of the so-called Sandringham Summit in January and have had barely any communication since as their relationship "will take time to heal."

During that meeting, the Royals discussed Harry and Meghan's plans to step down as full-time members of the Royal Family.

© AP Photo / Dominic Lipinski
New Tell-All About Meghan Markle, Prince Harry Points to Why Megxit Couldn’t Be Avoided
After the couple released their plan to the public, the rift between William and Harry deepened, according to Scobie. The author explained that William was upset by the decision as he believed it had damaged the royal family's reputation.

"I think the distance between the brothers grew wider and wider," he stated.

Speaking during a new TV interview Scobie claimed that tension between Meghan and Kate over the actress' struggles during her pregnancy also soured their relationship, adding that ties between the two Royal wives "never really progressed."