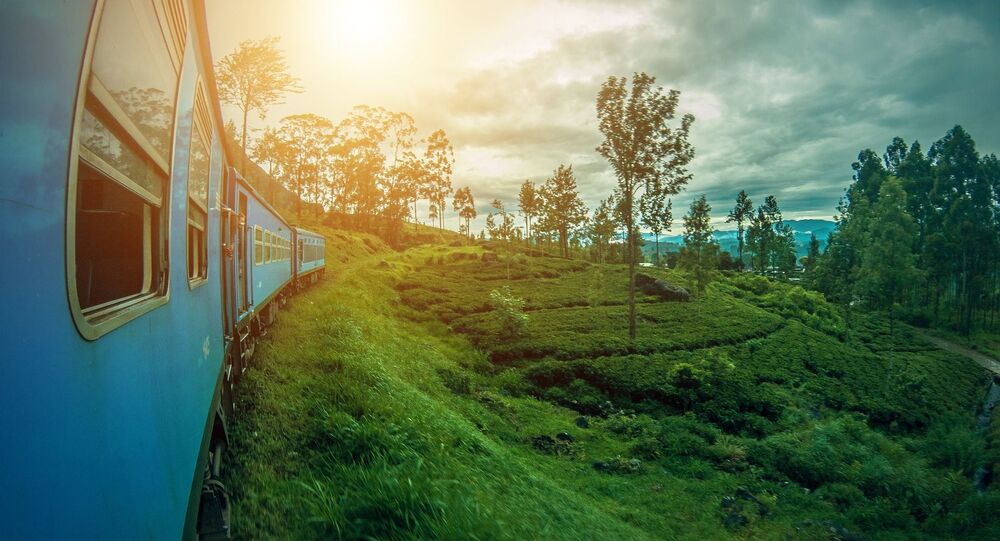 At Least One Person Dead After Train Derails in Scotland - Reports

Emergency service arrived at Stonehaven, on the east coast of Scotland on 12 August, in response to a train derailment.

British Transport Police reported the incident on the line in Aberdeenshire, where officers were called to the spot at 9.43 am. Around 30 emergency vehicles are reportedly at the scene as well, including air ambulance.

Video footage of the scene appeared online, showing smoke rising from the place of the crash.

A major emergency service response to a train derailment near Stonehaven. An air ambulance is in attendance. A lot of smoke is coming out of the tree line where the railway track runs. Ambulances arriving by the minute. https://t.co/LcOYUnlF8m pic.twitter.com/rioaSUUN94

These are pictures from Aberdeenshire in Scotland where a train has derailed near Stonehaven pic.twitter.com/M8z1N9qB9o

Scottish First Minister, Nicola Sturgeon, reacted to the news of the derailment in Stonehave and said it was a passenger train, calling the crash a an “extremely serious incident.” She has also reported that a number of serious injuries from the derailment.

This is an extremely serious incident. I’ve had an initial report from Network Rail and the emergency services and am being kept updated. All my thoughts are with those involved. https://t.co/veKAgMwZ36

Other UK politicians have also addressed the incident, including the Prime Minister Boris Johnson.

"I am saddened to learn of the very serious incident in Aberdeenshire and my thoughts are with all of those affected. My thanks to the emergency services at the scene," Johnson said in a tweet.

Just off the phone with Sec State Transport, @grantshapps regarding the train derailment South of Stonehaven who has spoken and is liaising with @ScotRail & @NetworkRailSCOT. Emergency Services at the scene. Thoughts with every single person involved. Will update more when I can.

Just met urgently with @networkrail for a briefing on Stonehaven derailment. British Transport Police & Network Rail are on location, along with rail workers who were nearby. The UK Government will provide every support. My thoughts are with those involved and their families.

According to media reports, two people, including the train driver, have died, as a result of the derailment, and the probable cause for the incident was reported to be a landslip.

We're currently responding to an incident on the line in Stonehaven, Aberdeenshire, where a train has derailed.

Officers were called to the scene at 9.43am and remain there alongside paramedics and the fire brigade.

All further updates will be shared here.

"Reports were received of a train having derailed near Stonehaven at 0940am. Emergency services are currently in attendance and the incident is ongoing," a Police Scotland spokeswoman said.

Scotland’s eastern and northern areas were hit with a month's worth of rain falling overnight, causing flooding and leaving people stranded.​