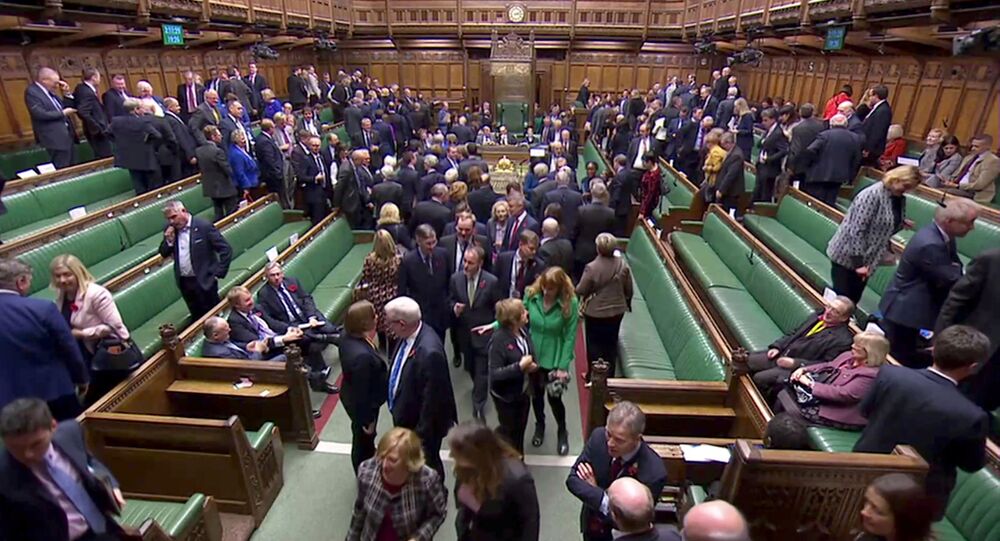 Eric Joyce, who was the Labour MP for Falkirk between 2000 and 2012, pleaded guilty to a 51-second film depicting seven different children, aged between twelve months and seven years old.

A former prominent Labour MP has been sentenced to eight months in prison suspended for two years and ordered to serve 150 hours of unpaid work after pleading guilty last month to making an indecent image of a child.

Eric Joyce, who was the Shadow Minister for the Northern Ireland Office under Ed Miliband in 2010 was sentenced by Mr Justice Edis at Ipswich Crown Court on Friday.

"You have pleaded guilty to an offence which involves the possession of a category A film of a little less than a minute's duration", the judge said

"That film showed the penetrative sexual abuse of very young children. That these acts of abuse happened is because there are people like you who want to watch these films".

Justice Edis also said that Joyce had "sought help from people well able to provide it" and that there was evidence presented to the court that that has "had an effect" in reducing his "impulsive behaviour" over a "significant period due to the delay in these proceedings".

He also sentenced Joyce to a sexual harm prevention order, which will continue until a further court decision is made.

In July, Joyce admitted to making an indecent photograph of a child between August 7, 2013, and November 6, 2018, claiming that the image was a "spam email".

Judge Emma Peters of Ipswich Crown Court said that the 51-second film, which was discovered on a device, depicted "a number of children".

Joyce was first elected Labour MP for Falkirk in a 2000 by-election. He later resigned from the party in 2012 to become an independent MP, and stood down just before the 2015 general election.

He had previously been involved in a violent altercation with Conservative MPs in a Westminster bar.

Before his political career, he served in the British army and rose to the rank of Major.