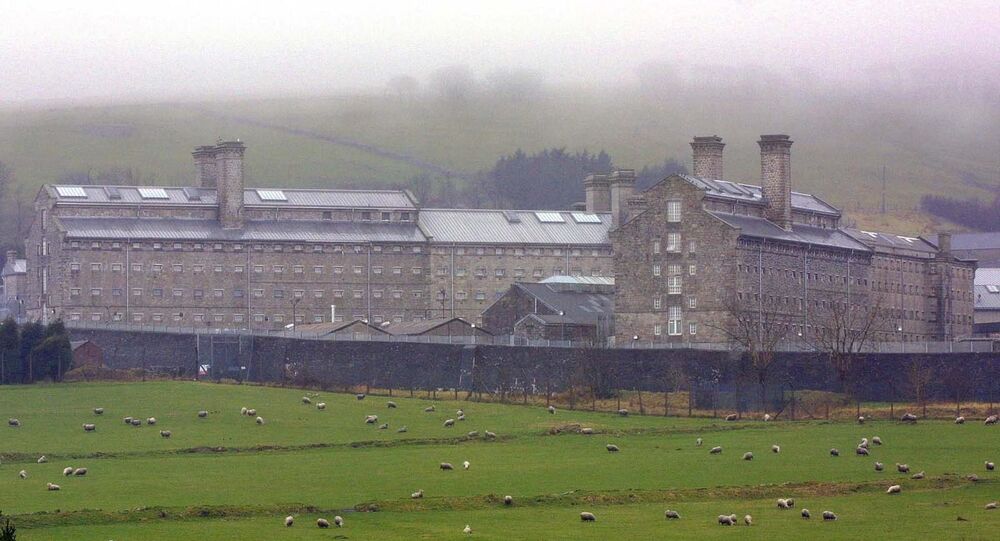 What Will Happen to Britain’s Oldest Prisons, Some of Which Were Built During Napoleonic Wars?

Last year British prisons minister Lucy Frazer told a Parliamentary committee many of the country’s Victorian-era jails were still needed. But some, like Dartmoor, are due to close but because they are historic buildings they will have to be redeveloped, rather than demolished.

Britain has been trying to close its oldest prisons - some of which date back to the Napoleonic Wars - for years but the programme of replacing them with new jails has been hit by budget cuts and unintended growth in the prisoner population.

In October 2019 prisons minister Lucy Frazer said: "If the numbers stay the same we need to be prepared to house people who come to prison and that will mean we need to keep our Victorian prisons in operation."

We are looking forward to welcoming back loved ones to HMP Dartmoor 🙂 We are currently only taking bookings for Visits from close family members or significant others. Please be advised that there are some restrictions on prison visitors from some areas- see attached guidance 👌 pic.twitter.com/d9r41X4ToI

​One of the oldest prisons still in use is Her Majesty’s Prison (HMP) Dartmoor, which was built on a bleak bit of moorland in the west of England in 1809 to house hundreds of French prisoners of war captured during the Napoleonic era.

In May 1809 around 2,500 Frenchmen - most of them sailors who had been captured at the Battle of Trafalgar or in other naval conflicts - were marched to the new jail from overcrowded prison hulks anchored in the Hamoaze river near Plymouth.

The prison's medical officer, Sir George McGrath, later described Dartmoor as a "great tomb for the living" and around 1,100 Frenchmen are believed to have died there.

If you're within a 5 mile radius of the prison, the fantastic @TheClinkCharity can deliver to your door through their #ClinkAtHome service. Every dish teaches men vital culinary skills to help them find employment on release #food #rehabilitation @BrixtonBlog @BrixtonProject https://t.co/KyE2wnSSEf

​After Napoleon's defeat at Waterloo the British allowed the surviving French prisoners-of-war to return home and the huge jail remained empty until it was brought back into service in 1850 to house criminals.

Dartmoor prison is actually owned by the Duchy of Cornwall - that is, Prince Charles - and in 2013 the Prison Service served notice on the duchy that it intended to close down and move out in 2023.

When Mr Frazer made her comments last year, the Prison Service confirmed they would be going ahead and closing Dartmoor in 2023 and handing back 67,000 acres of land around it to the duchy, which will then have the headache of deciding what to do with a building which has been used as a prison for 200 years.

Although it is currently used as a Category C prison for low-to-medium category prisoners, in the past it was used to house some pretty notorious villains.

This week 3 years ago @NLSistersUncut occupied holloway prison. The campaign is still going!
Physical space is SO IMPORTANT to revolutionary care & organising.
Fighting for HOUSING, for COMMUNITY SPACE & TRANSFORMATIVE SUPPORT for the most vulnerable people in our communities ✊🏽 pic.twitter.com/hKk6HHo1h6

​In 1966 the notorious Kray twins helped one of their associated, Frank “The Mad Axe Man” Mitchell to escape from Dartmoor. The veteran armed robber was brought back to London but became a problem for Ronnie and Reggie Kray, who ended up killing him.

In the last 20 years a number of the older prisons have closed.

Canterbury prison in Kent - which was opened in 1808 - closed in 2013, eight years after the Howard League for Penal Reform highlighted its high suicide rate. The site was later bought by Canterbury Christ Church University.

#ad Do you want to see what happens when a scouser voluntarily steps into a prison? Keep an eye out next week when I visit .@ShrewsburyPris on my tour of #UKDaysOut! Hint, I may need someone to smuggle me in some cake! I don't need a file I just really like cake! #VisitShropshire pic.twitter.com/uHC39SiJdV

​Serial killer Fred West spent a few weeks in there on remand in 1994 before being transferred to Winson Green prison in Birmingham, where he later killed himself, and in Irish politician and independence campaigner Pierce McCan died there in 1919 during the flu pandemic.

Down the road from Gloucester is Shepton Mallet prison, which was first opened in 1625 and again closed in 2013.

It is currently a tourist attraction, run by Jailhouse Tours, but the site has been sold to property developers City and Country, who say on their website: “The listed cell blocks, former Treadwheel House and workshop buildings will be turned into residential use.”

They promise “stylish and unique” apartments and say they will provide “a museum and interpretative communal space” in one of the former prison wings.

Dorchester prison, in Dorset, and Kingston prison in Portsmouth also closed in 2013 and face redevelopment for housing.

Holloway prison in north London - which was Britain’s most famous women’s jail for years and once housed dozens of Suffragettes demanding votes for women - closed in 2016.

Five women were executed at Holloway, including Ruth Ellis - the last woman to be hanged in Britain - in July 1955.

Oscar Wilde was also held there in the 19th century, when it was used to house both men and women.

In 2018 Islington Council unveiled ambitious plans to redevelop the prison site for housing. The original Victorian prison, called The Castle, was largely demolished and rebuilt between 1971 and 1985.

​Last year Shrewsbury Prison - parts of which date back to the Middle Ages - was put up for sale, six years after it closed.

The main jail complex, including part of the prison wall and gatehouse, is Grade II listed and cannot be demolished but estate agent Toby Shaw said: “It really is a unique opportunity to develop and convert an iconic complex close to Shrewsbury’s medieval town centre.”

But while many old prisons have closed, a lot remain in use.

Aylesbury prison - originally built in 1847 - is still in use as a young offenders’ institution. In 2019 it received a dire report from the Chief Inspectorate of Prisons and in April inmates rioted because of a “lack of access to showers”.

​Among those who spent time in Aylesbury prison was Mathilde Carré, a French Resistance fighter known as La Chatte (The She-Cat) who turned out to be a double agent. After the war she was deported to France, convicted of treason and sentenced to death but she was released in 1954 and died in 2007, aged 98.

Brixton prison in south London was built in 1820 and 30 years later it was converted to house women after Van Diemen’s Land (Tasmania) refused to accept any more women under the penal transportation system.

In 1980 Brixton prison hit the headline when an IRA terrorist, Gerard Tuite, escaped over the walls along with a notorious London gangster, Jimmy Moody. Tuite was recaptured in the Republic of Ireland in 1982 but Moody remained a fugitive until 1993 when he was shot dead by an unknown hitman in a London pub.

Handkerchief featuring embroidered signatures of Frances Parker & 65 fellow suffragettes who were held at Holloway Prison, 1912, many of the women prisoners were repeatedly tortured for their cause #womensart pic.twitter.com/T1bN4i9FBo

​The Scottish government announced plans last year to close Scotland's most famous prison, Barlinnie in Glasgow, and replace it with a new £250 million facility.

Barlinnie - which was built in 1882 - housed many notorious criminals as well as two men, Joe Steele and Thomas "TC" Campbell, who were wrongly convicted of murdering a family of six during Glasgow's Ice Cream Wars.