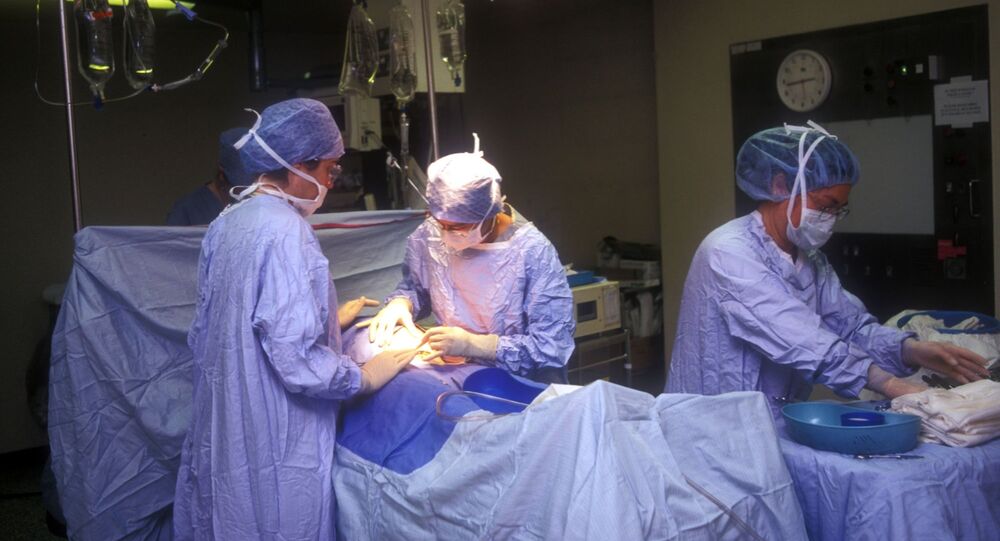 The British government has stressed the importance of focusing on contingency plans that could come in handy after the Brexit transition period expires, amid concerns over generally crippled global supply chains due to the COVID healthcare crisis.

The UK Department of Health and Social Care (DHSC) has written to pharmaceutical companies advising them to take every possibility to stockpile six weeks’ worth of drugs in case there is a logistical or other disruption at the end of the Brexit transition period, The Guardian reported.

The government went on to reiterate that ministers would not be requesting an extension to the transition period past the already set date of 31 December, irrespective of the effects of the coronavirus pandemic.

The letter recommends that all plans must be drawn up and carefully weighed, including reduced traffic flow at short channel crossings such as between Calais and Dover, amid separate concerns that medical stocks could dwindle.

"We recognise that global supply chains are under significant pressure, exacerbated by recent events with COVID-19", the letter reads, stressing that companies are encouraged to make stockpiling "a key part of contingency plans".

The recommendation comes as the two sides, the EU and Britain, are scrambling to arrive at a mutually acceptable arrangement on trade and other aspects of post-Brexit life. The UK medical community has warned that should there be a no-deal exit, healthcare in the country will suffer a lot, suggesting that the stockpile is "at best a short-term solution".

Dr David Wrigley, Deputy Council Chairman at the British Medical Association, said the organisation had continuously warned against a no-deal option, as it could have a potentially "devastating impact" on the NHS and the nation's health at large.

"With the transition period only months away and at the height of what will be an undoubtedly difficult winter, this is incredibly concerning", Wrigley asserted.

Britain is currently negotiating a post-Brexit trade deal with Brussels, but talks have been stalled and London has passed the deadline for seeking an extension to the transition period, which ends on 31 December. EU chief negotiator Michel Barnier said last month that London’s position made the prospects of a deal "at this point unlikely".

Should the United Kingdom fail to ink a trade deal with the European Union before the end of the year, it will trade with the bloc on the World Trade Organisation's terms – meaning its products will be subjected to tariffs.

A recent report by the London School of Economics (LSE) shows that some sectors of the British economy will see business conditions worsen regardless of whether the government succeeds in striking a trade agreement with the European Union or not.

"Our analysis shows that the sectors that will be affected by Brexit and those that are suffering from the COVID-19 pandemic and lockdown are generally different from each other", said Swati Dhingra, a co-author of the report and economics professor at the LSE, as cited by The Guardian.

No Safeguards for NHS in Trade Bill to Leave UK Beholden to Power of Corporations, Campaigner Warns