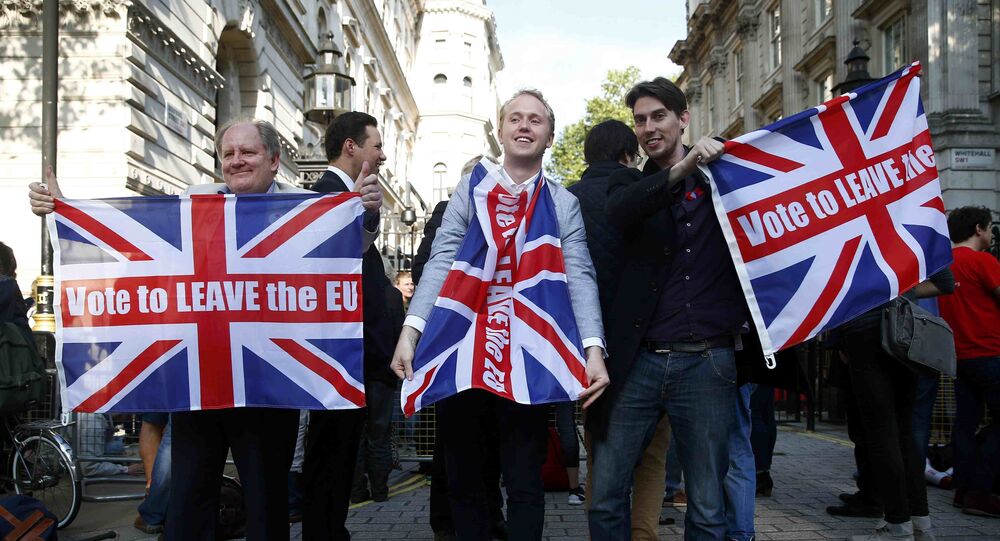 Pro-Brexit and Right-Wing Academics Have to Hide Their Opinions, YouGov Poll Suggests

According to the report, British academia has transformed over the past several decades, shifting to left-wing views that create a harsh environment for conservatives on campus and results in self-censorship.

Supporters of Brexit and right-wing academics in general are forced to hide their opinions, The Times reported, citing a study by the think tank Policy Exchange, as well as a recent YouGov poll. According to the poll, out of 820 academics, at least 32 percent of those with right-wing views and at least 27 percent of pro-Brexit academics stopped expressing their views in teaching and research for "fear of consequences" to their career.

At the same time, only 13 percent of left-leaning and centrist academics and 11 percent of Remainers confirmed they have similar fears. The report also suggested that while both sides of the political spectrum tend to discriminate against each other, conservative and pro-Brexit academics suffer the most.

© AP Photo / Matt Dunham
A pro-leave supporter, right, hods a placard in front of a group of pro-remain supporters during demonstrations in London, Tuesday, Jan. 29, 2019. Britain's Parliament is set to vote on competing Brexit plans, with Prime Minister Theresa May desperately seeking a mandate from lawmakers to help secure concessions from the European Union.

Some 86 percent of academics said they would be comfortable sitting with a Remainer at lunch, but only 54 percent would have experienced no trouble with a Leave supporter.

"No one fought for diversity and inclusion in order to create universities staffed by a faculty who may look representative, but are to all intents and purposes, intellectually identical robots", Trevor Phillips, the former chairman of the Equality and Human Rights Commission, stated.