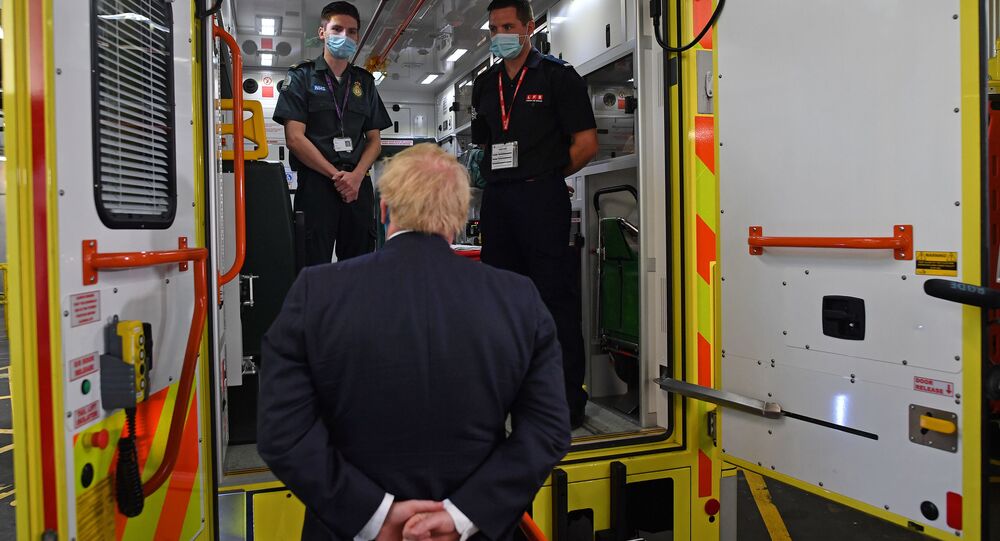 The high-profile scientist’s comments join a wave of criticism that the UK government of Prime Minister Boris Johnson is facing over its response to the ongoing coronavirus (COVID-19) pandemic, which has so far infected over 306,000 people and resulted in 46,286 deaths, as of Sunday.

Sir Paul Nurse, a Nobel Prize laureate and chief executive and director of the Francis Crick Institute in London, slammed the ‘shroud of secrecy’ over the UK government’s decisions throughout the ongoing coronavirus outbreak in the country, arguing that the lack of transparency has harmed the nation’s response to the crisis.

Nurse, a chief scientific advisor to the European Commission and former president of the Royal Society, suggested that the panel of scientists, civil servants and politicians responsible for the nation’s response to the pandemic is a “black box”, and called for more openness and scrutiny in pivotal decisions.

“Decisions are too often shrouded in secrecy. They need challenge and we need processes to ensure that happens. If they are going to keep the trust of the nation, they need to make those discussions more public,” Nurse said, cited by The Guardian. “It sometimes seems like a ‘black box’ made up of scientists, civil servants and politicians are coming up with the decisions,” Nurse added. “It needs to be more open. We need greater transparency, greater scrutiny and greater challenge to get the best results.”

The top-level UK academic cited examples in which decisions would have benefited from additional scrutiny, including the government’s claims of conducting all required COVID-19 tests, although their actual test capacity at the time was very low.

“They seemed not to want to admit that they weren’t prepared, that they were unable to do the testing properly, because that would have been an admission of failure from square one,” the prominent geneticist said.

He also criticized the government’s decision to construct and equip large UK Lighthouse Laboratories from scratch in order to rapidly increase coronavirus testing, saying that the attempt resulted in “a total shambles at the height of the pandemic”, as building out big laboratories with complex logistical and infrastructure needs takes longer than a dire health emergency will permit.

“It should have been clear that it would take many months. How was that decision made? It’s completely opaque,” Nurse said.

The scientist said that the government’s decisions, which are often claimed to be “led by the science”, are not subject to scrutiny, adding that, apart from the COVID-19 pandemic, the lack of openness will cause problems in the future.

“What worries me is that we have an increasingly technocratic and complex society and we are going to increasingly need complex discussions involving science and the use of science that will impact on policy,” Nurse stated.

As of Sunday, the United Kingdom has registered over 306,319 COVID-19 infection cases, including 46,286 deaths, according to Johns Hopkins University.