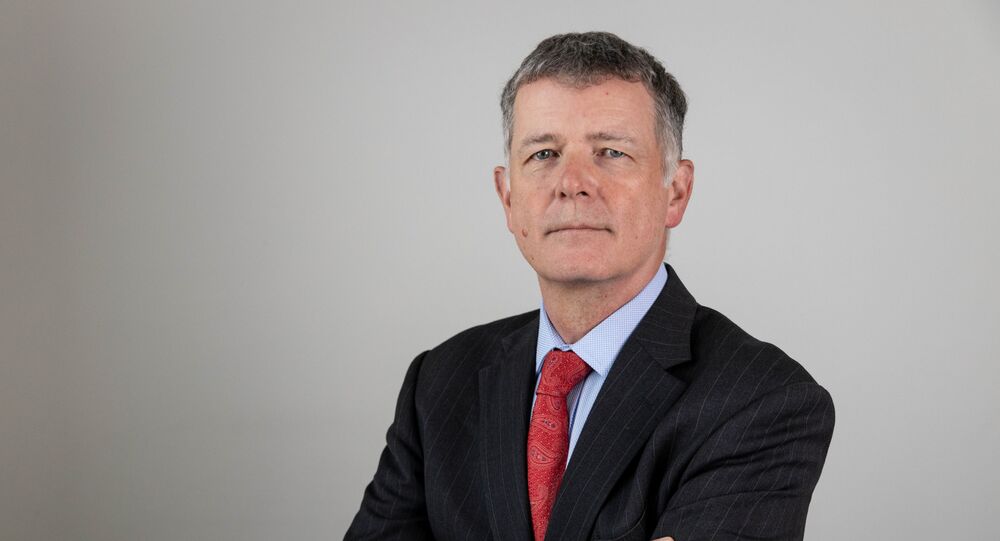 Richard Moore is expected to take on the role of MI6 chief in the autumn, replacing the agency's outgoing head Alex Younger.

Richard Moore, the man who is about to become the new head of Britain's Secret Intelligence Service, is the grandson of a member of the Irish Republican Army who fought against British rule during the early 20th century, The Sun reports.

According to the newspaper, Moore shared this information openly with a media outlet in Turkey where he was an ambassador.

"I am of Irish origin. My grandfather fought against the British Government in the separatist Irish Republican Army between 1916 and 1922", he said. "He received a medal from the Irish president. Now, I am the ambassador of the British government."

The newspaper also mentions that, while being posted to Pakistan, Moore lead a "daring mission to Afghanistan" when the Taliban* were in power there, effectively violating the ban on alcohol in place at the time, by crossing the Khyber Pass with a case of wine in his MI6 Land Rover in a bid to "resupply the cellars of the British embassy in Kabul".

"If the Taliban had found it he would have been in big trouble", one source reportedly of the escapade.

Richard Moore is expected to take over as MI6 head from outgoing chief Alex Younger in the autumn.

"I am delighted by this appointment", Younger said. "Richard is a highly accomplished intelligence officer and we look forward to welcoming him back to the service."

The Irish Republican Army was a paramilitary organization that fought in the Irish War of Independence from 1919 to 1921 against the British government, a conflict which ultimately resulted in the partition of Ireland and the creation of both Northern Ireland and what is now known as Ireland (or the Republic of Ireland).

* Russia considers the Taliban to be a terrorist group, and the organisation is banned from operating on its soil.