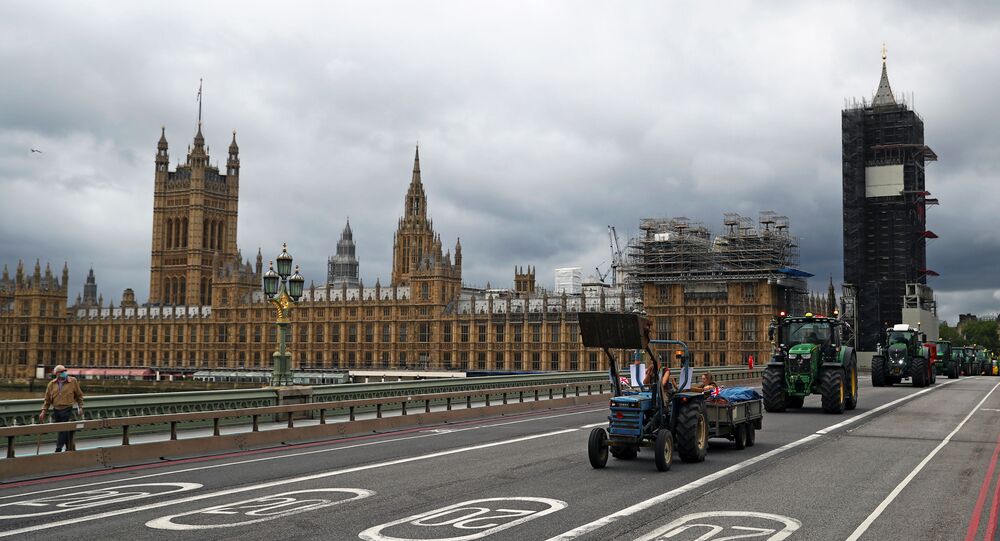 Accusations of misbehavior and sexual violence are unfortunately not uncommon in politics with Sunday seeing yet another lawmaker become the centre of an abuse scandal.

An unnamed former Tory Minister, who the police describe as a "man in his 50's", was released on bail after being accused by a woman who worked in parliament of coercive control, rape, and sexual assault.

Claiming that she was abused and assaulted by the MP, and forced to have sex with him, which resulted in her hospitalisation, the police confirmed that the alleged attacks took place in Westminster as recently as January this year.

“On Friday 31 July, the Metropolitan Police Service received allegations relating to four separate incidents involving allegations of sexual offences and assault. These offences are alleged to have occurred at addresses in Westminster, Lambeth and Hackney between July 2019 and January 2020", the Met Police said.

High profile cases of sexual assault have come under the spotlight in recent years amid popular pressure to combat abuses of power by men - encapsulated most prominently by the #MeToo movement. But how widespread is the problem?

It's been a particularly poor week for the Conservatives, who have said that they take accusations of sexual abuse "extremely seriously".

Former MP for Dover Charlie Elphicke was found guilty on Friday after denying accusations of groping women in 2007 and 2016 respectively.

Elphicke's trial heard that the former incident took place at his London home, the first night his wife was absent after the birth of their son, wherein he forced himself on a woman in her 30s. He then groped her breast while attempting to kiss her, later chasing her and yelling "I'm a naughty Tory".

In 2016, he sexually assaulted a parliamentary worker in her 20s twice, tried to kiss and similarly groped her.

"He had his mouth open, continually trying to kiss me", the victim said during the hearing. "It was like a disgusting, slobbery mess."

Both women said that they feared for their careers if they made accusations against a senior politician.

Elphicke was suspended after allegations were made to the police in November 2017, but he later had the whip restored prior to a vote of no-confidence in then Prime Minister Theresa May. He was again suspended by the party in July 2019 when he was charged with three counts of sexual assault.

The guilty verdict saw his wife, Natalie Elphicke, who succeeded him as the MP for Dover, announce an end to their marriage in a tweet.

He awaits sentencing, which is scheduled for September.

Sexual crimes are not only limited to Conservative politicians, however. This year saw former Labour MP and Army officer Eric Joyce admit to offences against a child and he was made to sign the sex offenders register.

The former shadow minister pled guilty to making an indecent image of a child on 7 July.

His trial heard that a 51-second category A film - the most serious category of indecent image - was looked at by Joyce between August 2013 and November 2018 through an email, which he claimed was a spam message.

Joyce sat as the Labour MP for Falkirk from 2000 to 2012 before leaving the party and becoming an independent. He stepped down prior to the 2015 general election.

He is due to be sentenced on 7 August.

The former First Minister of Scotland Alex Salmond faced accusations of sexual assault from nine women he was cleared of all charges in March of this year.

WATCH: Alex Salmond gives statement outside the High Court in Edinburgh after pleading not guilty to attempted rape.https://t.co/7LSnaQoknU pic.twitter.com/7izOAfT6nn

​The women who leveled the allegations against Mr Salmond included a fellow Scottish National Party politician, an employee of the party, as well as a number of civil servants and officials working for the devolved government.

Salmond told the court that the claims over his alleged conduct were either "exaggerations" or "deliberate fabrications" with a political intent.

“I have never attempted to have non-consensual sexual relations with anyone in my entire life”, he said.

Former Liberal Party Chief Whip, Cyril Smith, was revealed to have been arrested in the 1980s by Northamptonshire police amid an investigation into accusations of sexual assault of young boys.

Smith was later released from police custody after making a call to a third party. It was later revealed that an investigation which was collecting evidence of child abuse claims by the Liberal politician was scrapped.

"Once you looked beyond the jolly clown playing for the camera, there was a sickening, dark heart. This wasn't just about abuse, it was about power - a cover-up that reached from Rochdale all way to very top of the Establishment." - Simon Danczuk, The Double Life of Cyril Smith pic.twitter.com/W99Ri1FMBG

​​A former special branch officer told BBC TV programme Newsnight that police were threatened with prosecution under the Official Secrets Act in order to prevent them from pursuing their inquiries into the case.

In October 2017, the Independent Inquiry into Child Sexual Abuse (IICSA), heard that the security service MI5 was informed that prosecutors had given false information to the media over the existence of a child abuse investigation against him.

Smith, who died in 2010, served as the Member of Parliament for Rochdale.

"In the 1970s and 1980s, MPs including Sir Cyril Smith and Sir Peter Morrison were known to be active in their sexual interest in children, but were protected from prosecution", the inquiry said.

IICSA reported that in 1988, the same year that Smith was knighted, the then Prime Minister Margaret Thatcher was likely aware of his proclivities.

The Former Secretary of Defence, resigned after newspaper journalist Jane Merrick reported to 10 Downing Street that Fallon lunged at her in 2003. Prominent talk radio host Julia Hartley-Brewer said that Fallon had also inappropriately touched her knee but she later downplayed the incident.

Fallon apologised after stepping down. Speaking to the BBC he said that the "culture has changed over the years".

"What might have been acceptable 10, 15 years ago is clearly not acceptable now. Parliament now needs to look at itself and the prime minister has made very clear that conduct needs to be improved", he said.

Allegations of sex crimes were leveled against a number of politicians in 2017, prompted by the case of movie producer Harvey Weinstein and incidents of rape and assault against vulnerable women in the US stretching back decades.

In 2017, Theresa May sought the aid of then-Speaker John Bercow to establish a "house-wide" reform of disciplinary procedures. A List of complaints of sexual harassment against 36 individual MPs was revealed.

From claims of groping made against the current Prime Minister Boris Johnson, which have been strenuously denied by Number 10, to what the IICSA describes as Westminster turning a "blind eye" to incidents of sexual assault since the 1980s, it seems that the problem of men in positions of power preying on the vulnerable is not unique to Hollywood.