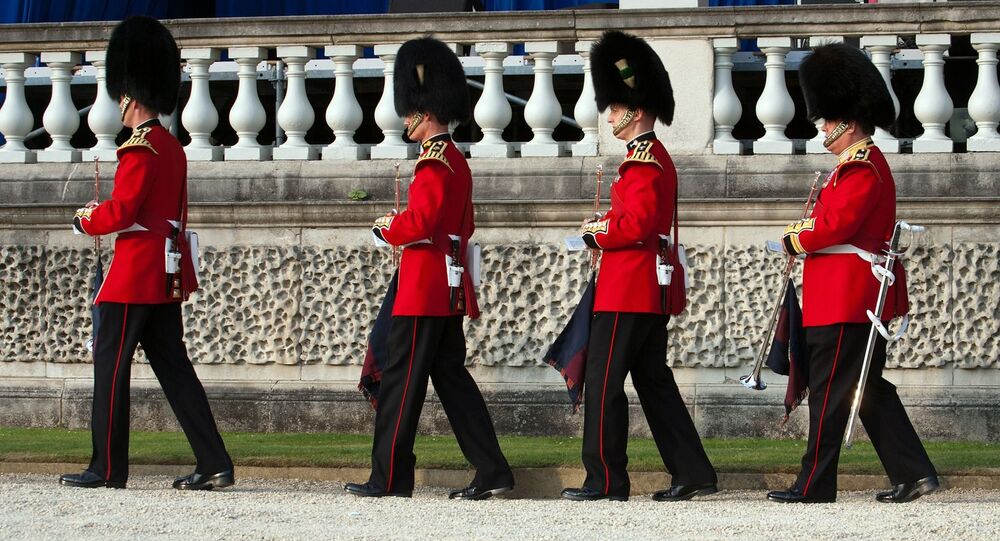 Three Coldstream Guards Being Investigated After Fight With Queen’s Footmen

The Coldstream guards can be identified by their famous red jackets and black bearskin hats and have a ceremonial role in protecting Windsor Castle and Buckingham Palace. Royal footmen usually perform a range of duties including serving meals, opening and closing doors and carrying heavy items.

Three Coldstream guards are being investigated by the police after they allegedly got into a fight with a few of the Queen’s footmen.

A Ministry of Defence Spokesperson confirmed that the three guardsmen were being investigated by the Metropolitan Police.

The incident occurred outside the bar, about 800 metres from Buckingham Palace as a group of footmen, some including women, attended a leaving drinks gathering.

A source told the Daily Mail, “The footmen were outside the bar at about 11.45pm when a bit of banter developed with a group of Coldstream Guards outside, about four of them. The soldiers seemed to have been drinking in the street.

“But it went beyond banter when one of the Guards grabbed hold of one of the female footmen – and a male footman stepped in to stop him.

“All of a sudden it was a full-scale punch-up. And the soldiers were more used to fighting than the footmen are. They got quite badly injured.”

The source said that one of the footmen, a 20-year-old man, sustained a fractured eye-socket while another had a fractured jaw and needed stitches in his tongue. Two others were injured, but not as badly.

The Coldstream Guards are the oldest regiment in the British Army, dating back to 1650 and are based at Victoria Barracks in Windsor, west of London.