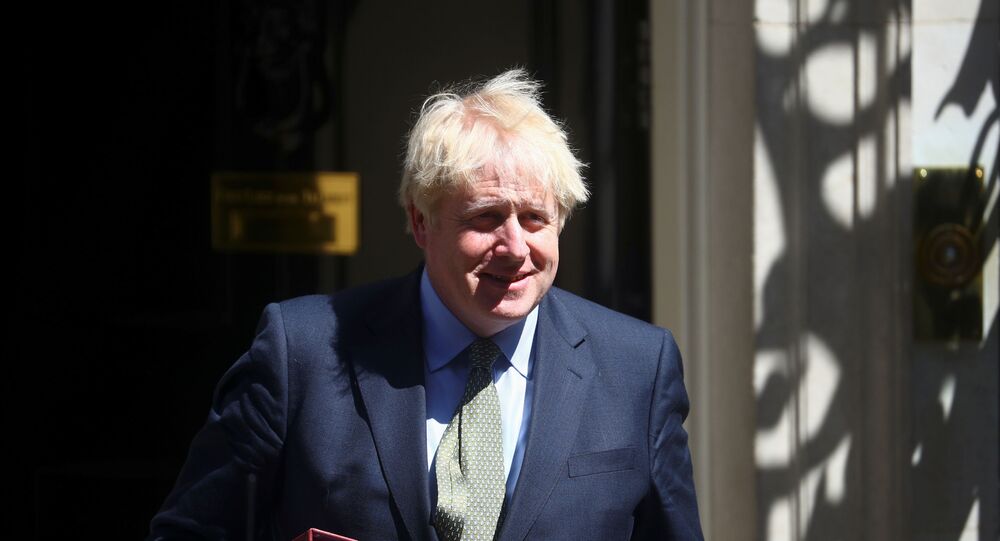 The Prime Minister addressed the British public in a press conference following sharp criticisms over new restrictions set to enter force in North England as fresh waves of coronavirus infections were reported by government authorities.

UK prime minister Boris Johnson addressed concerns over a resurgence in COVID-19 cases across Britain in a press conference on Friday and has imposed tighter lockdown measures across the north of England.

According to Mr Johnson, the UK government had "consistently" warned that the virus could resurface, posing fresh challenges to government efforts to contain the outbreak.

The government needed to act as fresh cases were being reported across Britain, where 1 in 1,500 reportedly had the virus compared to 1 in 1,800 on 15 July and 1 in 2,000 on 2 July, Mr Johnson said, citing Office of National Statistics estimates.

"We can’t afford to ignore this evidence," he added.

As cases rose across Asia and Latin America, he said that "we can't fool ourselves that we’re exempt" from essential lockdown measures to effectively contain the virus.

© REUTERS / JOHN SIBLEY
Coronavirus in UK: ‘Government Must Take the Lead on COVID’, Commentator Says
While he understood that the new restrictions would cause further financial difficulties in the north-west, namely in Greater Manchester, East Lancashire and North Yorkshire.

"We have to act rapidly in order to protect those we love ... and we know this sort of intervention works," he added.

But businesses and workplaces should stay open in the region, he added.

Lockdowns had also allowed the country to relax measures in Leicester and Luton, among others, he said.

According to the Prime Minister, testing had increased 100-fold and contract tracing efforts resulted in over 184,000 residents self-isolating that "may otherwise have spread the virus".

Billions of personal protective equipment (PPE) had been secured for care homes and hospitals, he said, adding that new treatments such as dexamethosone and remdesivir had were working to shorten recovery times and lower mortality rates.

What Are The New Measures Set To Enter Force?

Casinos, bowling alleys, skating rinks and other "close contact services" will remain closed. Indoor performances at venues such as theatres would be postponed and pilots on reopening sports venues and conference centres would not take place, the Prime Minister said.

Wedding receptions with up to 30 people would also not be permitted but ceremonies could continue while following COVID-19 government guidelines.

"I know that the steps we are taking will be a heavy blow to many people – to everyone whose wedding plans have been disrupted, or who now cannot celebrate Eid in the way they would wish, I am really, really sorry about that. But we simply cannot take the risk," PM Johnson said.

But the government would give employers "more discretion" on allowing employees to work from home or return to a "COVID Secure" workplace.

Shielding for people vulnerable to the virus would also be paused from 1 August following a review from medical experts set to be announced later on Friday.

He also urged the country to be "focused" and that people could not be "complacent" amid efforts to control the pandemic.

Home secretary Priti Patel would also work with police and local authorities to enforce lockdown measures, he said, adding that a "greater police presence" would step in to ensure face masks were being worn "as required by law".

Police would also enforce face coverings in law from 8 August in high-contact venues such as "museums, galleries, cinemas and places of worship".

Johnson added that, while the government was not changing rules on social contact, it would "go further" if people failed to follow COVID-19 guidelines, stating: "Two weeks ago, I said we would hope for the best but plan for the worst".

The statement comes as the UK grapples with the ongoing coronavirus pandemic, which has resulted in nearly 304,000 cases and over 46,000 deaths in the country as of 31 July, according to the John Hopkins University of Medicine. Fresh cases of the virus have surged to 17.3m globally and nearly 674,000 registered deaths.