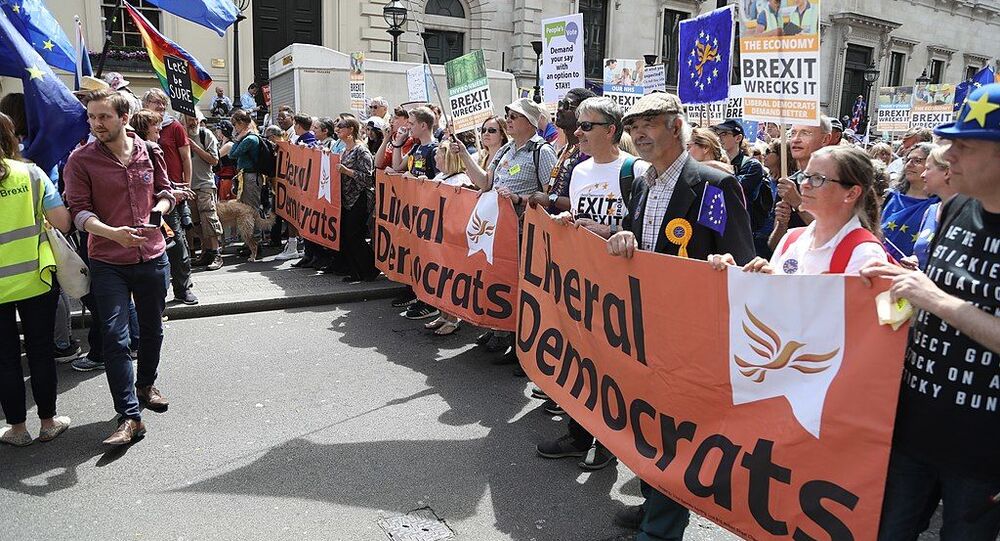 After postponing their elections following former leader Jo Swinson's disqualification from the top position, the Liberal Democrats will be deciding who will take them forward in the post-Brexit United Kingdom.

Voting has begun in the long-anticipated Liberal Democrat leadership election. Kicking off on Thursday, the party will decide between former-coalition minister Sir Ed Davey and Oxford West and Abingdon MP Layla Moran.

Moran warned as ballots opened that the party, which suffered heavy defeats in the 2019 general elections, faces a "sink or swim" moment.

Ballots are dropping today! They should be in your inbox from 9AM, so keep an eye out…and #VoteLayla!

​“We’re at the point now where it’s sink or swim – three general elections in a row, 10 years of decline”, she said. “If you look at our council base, it’s halved since 2010, I mean we absolutely have to do something".

She said that the biggest risk for the party would be to "keep going as we are" and that her election would send a "clear signal that we have learned from the mistakes of the last 10 years".

Moran ruled out a repeat of any future coalitions with Boris Johnson's Conservative Party and hinted that she was open to working with the Labour Party.

“I would stop short of a formal, top-down progressive alliance – not least because whilst I do have a lot of respect for what Keir Starmer is trying to do with the Labour Party, there is a large part of the Labour Party that is as yet not fully on board with that agenda", she said.

Prior to last year's December election, the Liberal Democrats entered into cross-party talks about bringing down the Conservative minority government on the promise that the new 'progressive alliance' of the Labour, SNP, Independents and the Greens would put forward a second referendum on EU membership.

Former leader Jo Swinson, however, refused to back the move on the basis that she would not put then-leader Jeremy Corbyn in 10 Downing Street.

More of the Same?

Current acting leader Sir Ed Davey admitted that the party faces “huge challenges” and that there were “no quick fixes to getting us on the right travel again” but his widespread support would propel the Lib Dems forward.

Ballots have started landing! If you back my plan for:

💰 - A fairer society, where we pay for universal childcare.
🍃 - A greener economy, where we invest £150bn in green jobs.
👩‍⚕️ - A more caring society, with a new deal for our 10 million carers.

​Sir Ed received a joint letter from 167 party figures – including former leaders Tim Farron and Sir Menzies Campbell as well as five of the party’s 11 Westminster MPs – backing his bid for leadership.

I'll be voting for @EdwardJDavey when my ballot paper arrives tomorrow. He's the leader we need to get back to winning elections. I hope you'll join me! #VoteEd pic.twitter.com/pCZGhvIywO

​Voting ends on 26 August and the results will be announced the next day.

A Party in Disarray

While the party has little chance of making Swinson's claims of a Lib Dem majority government a reality, new data indicates that they could contribute to a Tory defeat in the future.

A report by research organisation 'UK in a Changing Europe', found that a 10% swing to the Lib Dems could see the Tories lose 13 seats while taking just one from the Labour Party. Making the chances of a leaving Labour as the largest party more likely.

“If the Liberal Democrats continue their current demographic and geographic trajectory, then the Labour Party would be set to benefit. Modest Lib Dem gains would cut the electoral mountain faced by Keir Starmer,” the report said.

The election is the Lib Dems second leadership bid in a year, following the shock defeat of former leader Jo Swinson in her East Dunbartonshire seat to the Scottish National Party in December.

Swinson succeeded Sir Vince Cable in July 2019, late campaigning on a staunchly pro-remain position and advocating revoking Article 50, which would end the process of the UK's withdrawal from the European Union.

As the United Kingdom has now formally left the EU and is poised to adherence to the bloc's rules at the end of this year, the Liberal Democrats will have to reflect on what their offer for the future will be.